We were so busy with poor little Butterfly that I never made time to introduce Rita’s wonderful little kidlets, Zelda and Sonic. In fact, for their first week I hardly got to know them myself! I quickly realized that these little babies were skittish and would run from Phil and I when we approached. That’s not acceptable behavior for Goat-O-Rama kids! We set to work remedying the situation right away and now we’re all having fun. 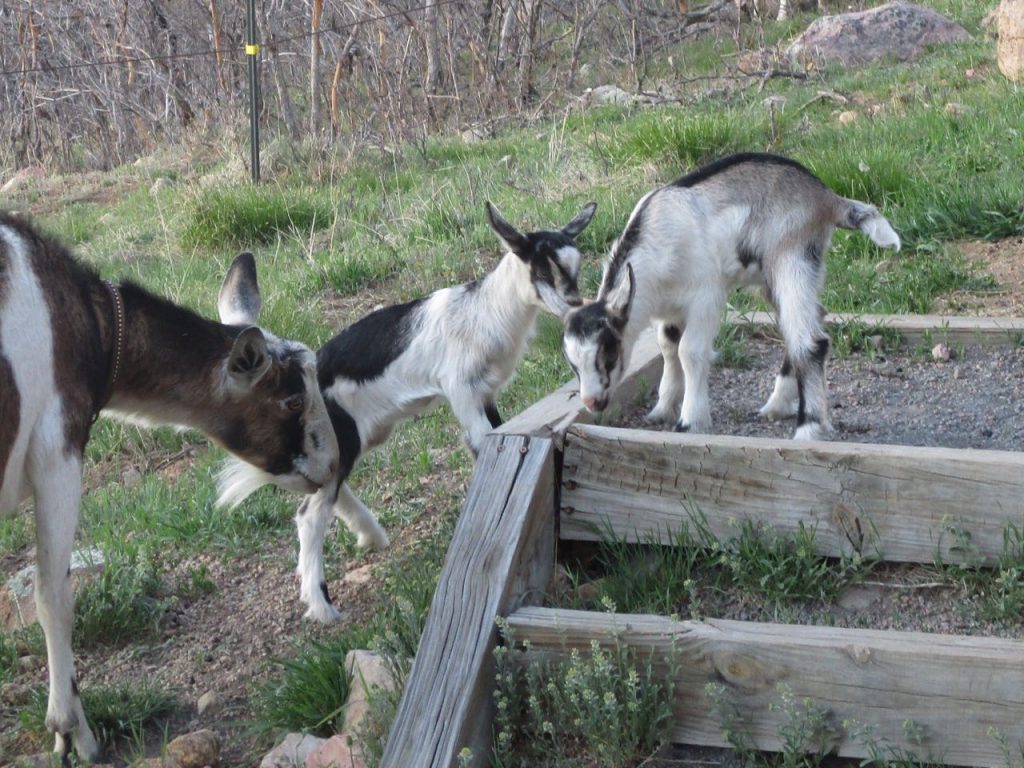 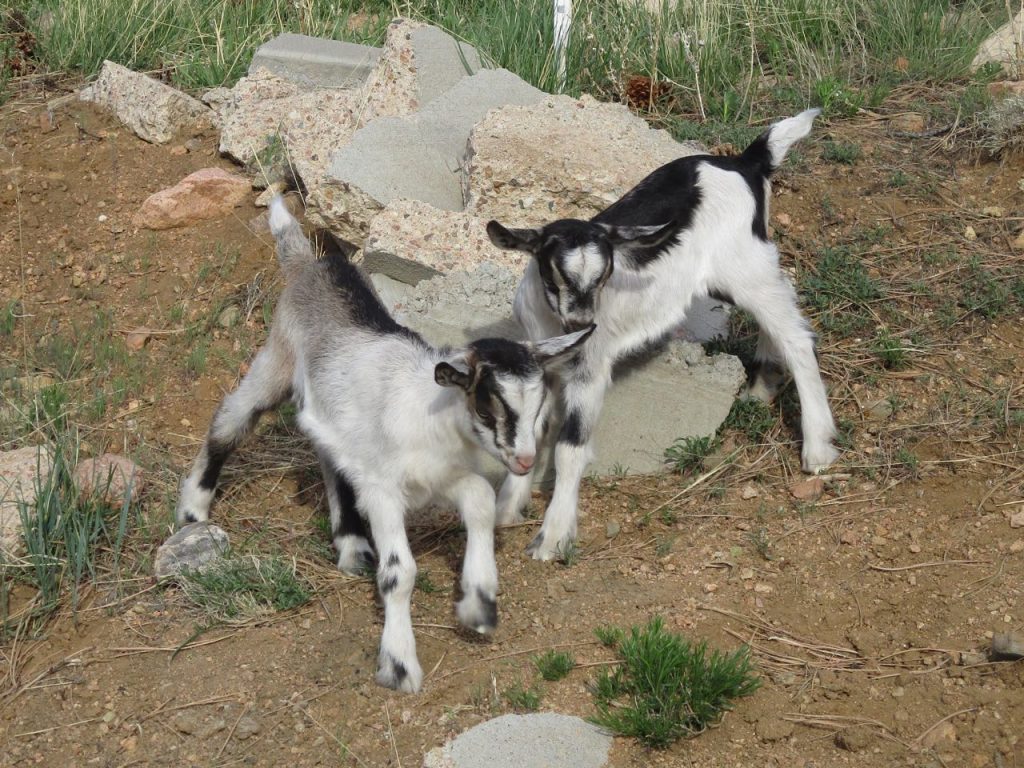 Zelda was the first kid born in this batch, and although smaller than her brother at birth, she is quickly catching up to him as she is the more aggressive of the two and never gets left out of a meal. She’s also bolder and more adventuresome. Except for the ears and face (which has a butterfly on it like Butterfly!), Zelda looks a LOT like Finn. 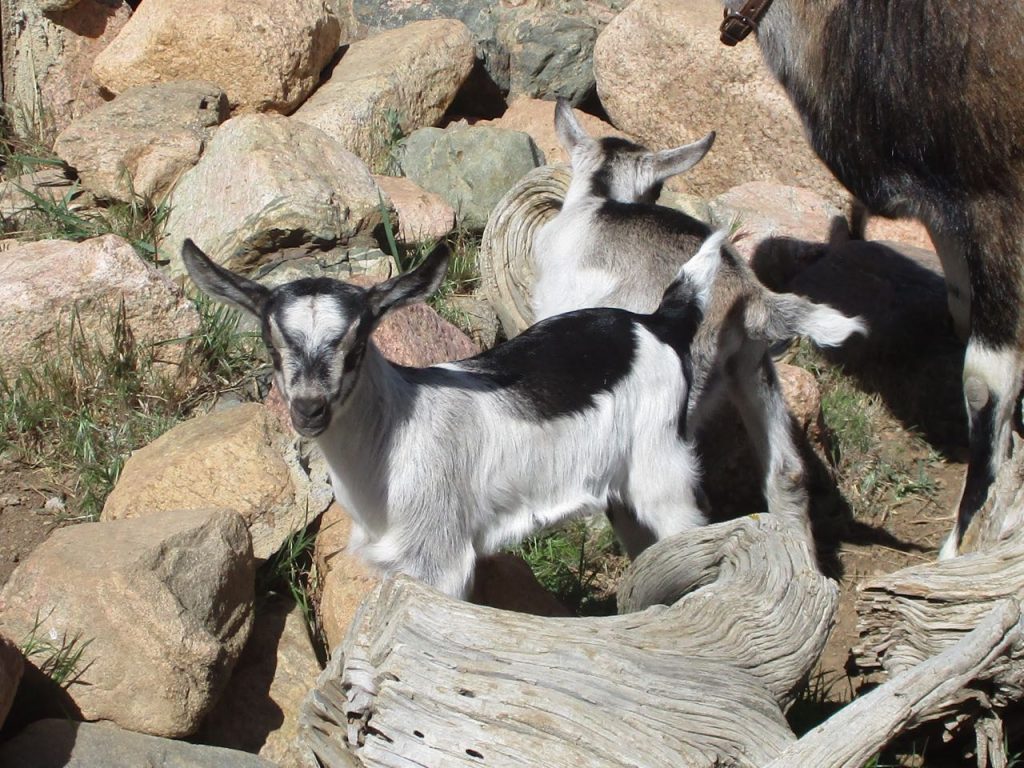 Once we started handling her, Zelda quickly warmed up to people and now she’s the most dedicated lap baby we’ve ever had. If we put her down, she immediately tries to jump back up without success. If we don’t lift her she drums her little feet on our knees and stares pleadingly up into our faces. 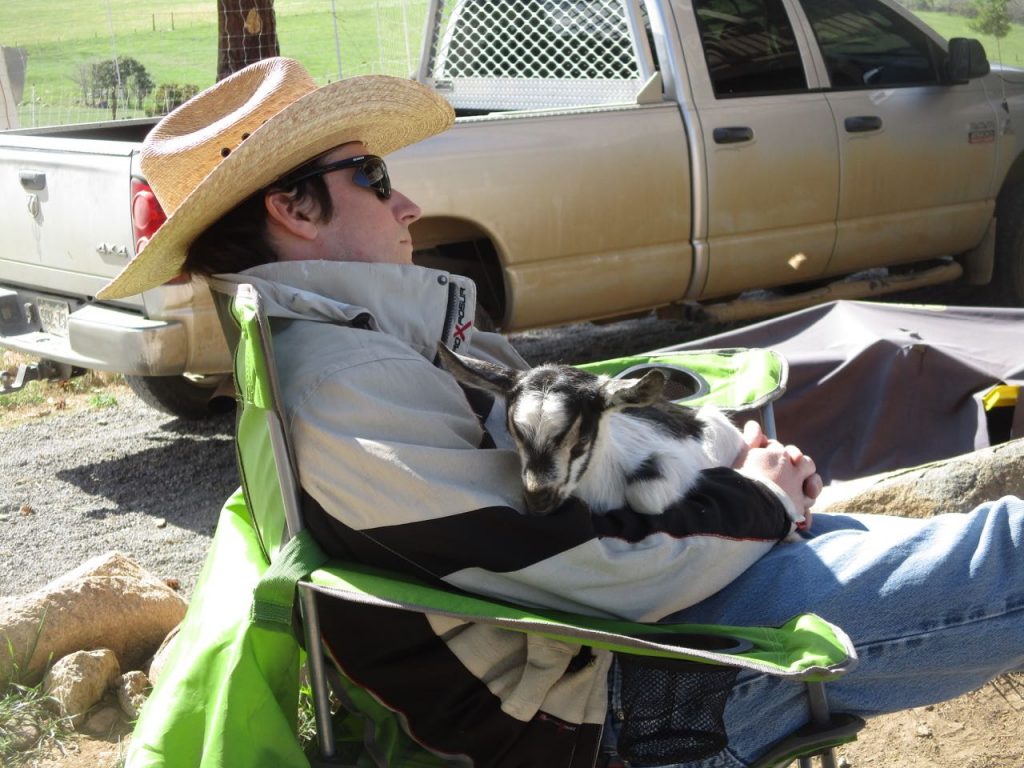 Zelda loves to climb. I think it’s one reason she loves so much to be held–it makes her taller than everyone else! 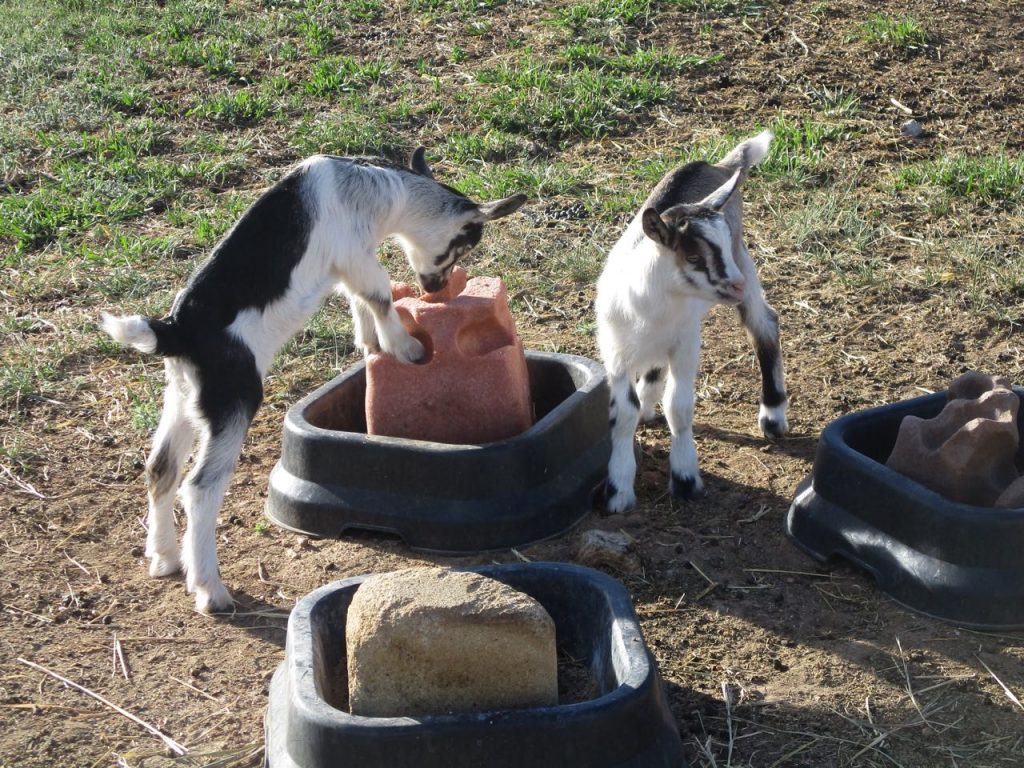 Sonic is more reserved than his sister and is even a little shy, not just with people but with the other goats. When the other babies chase or butt him, he tends to back down and find someplace safe to hide. He took longer than his sister to get over his fear of being petted and picked up, but once he settles into a lap he calms right down and nearly always goes straight to sleep. Although he’s taking longer to come out of his shell, I think Sonic is going to be a very sweet and dedicated goat. He may never be a “people goat” like Finn, but I have a feeling he’s going to be absolutely devoted to “his” person. 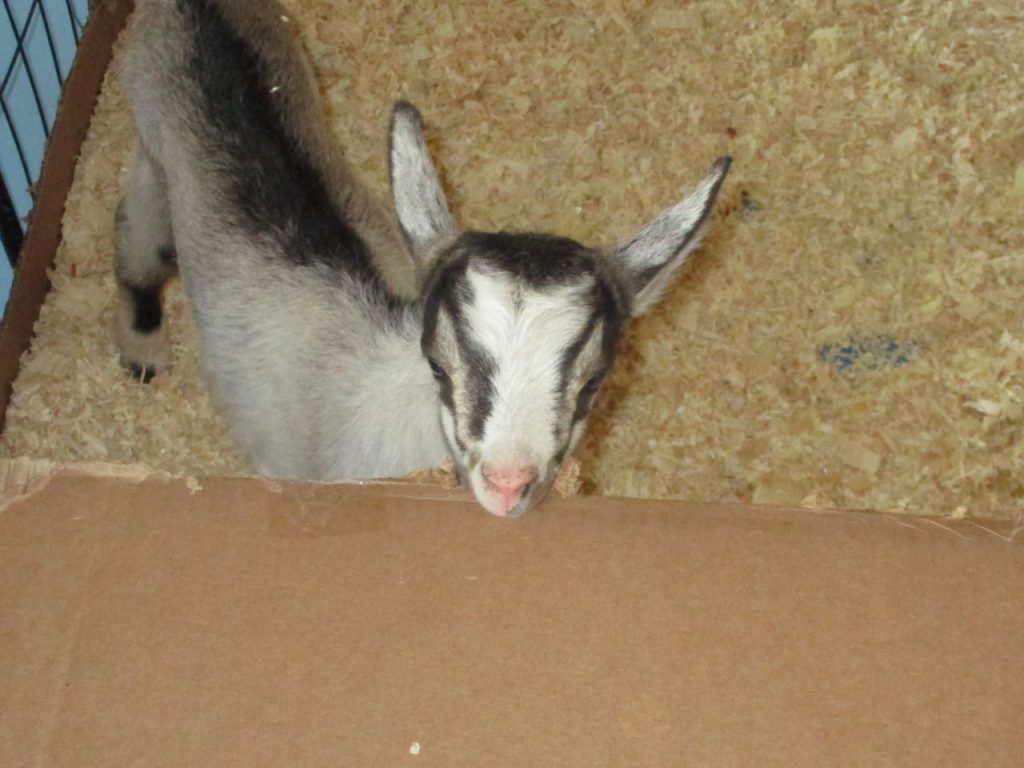 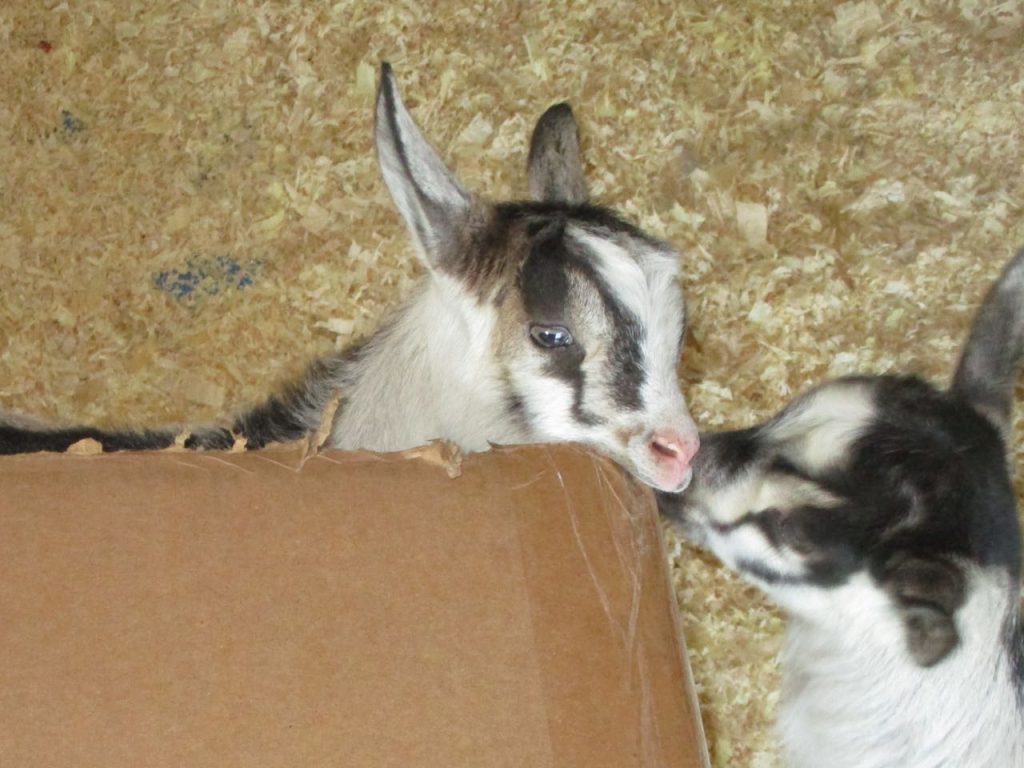 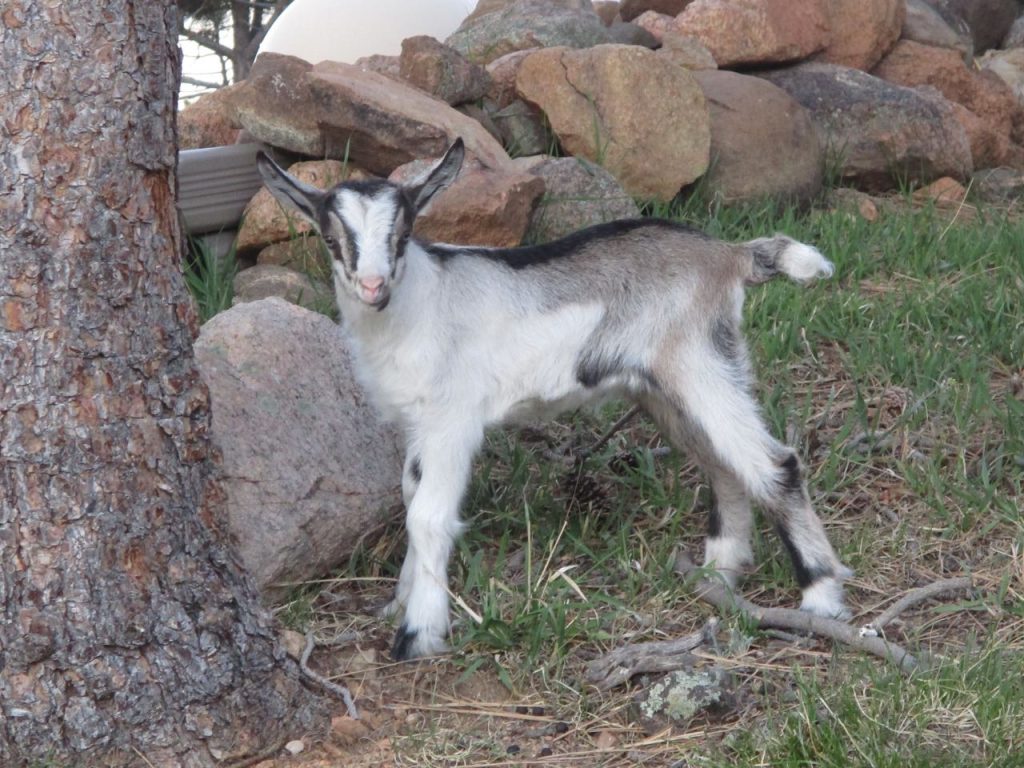 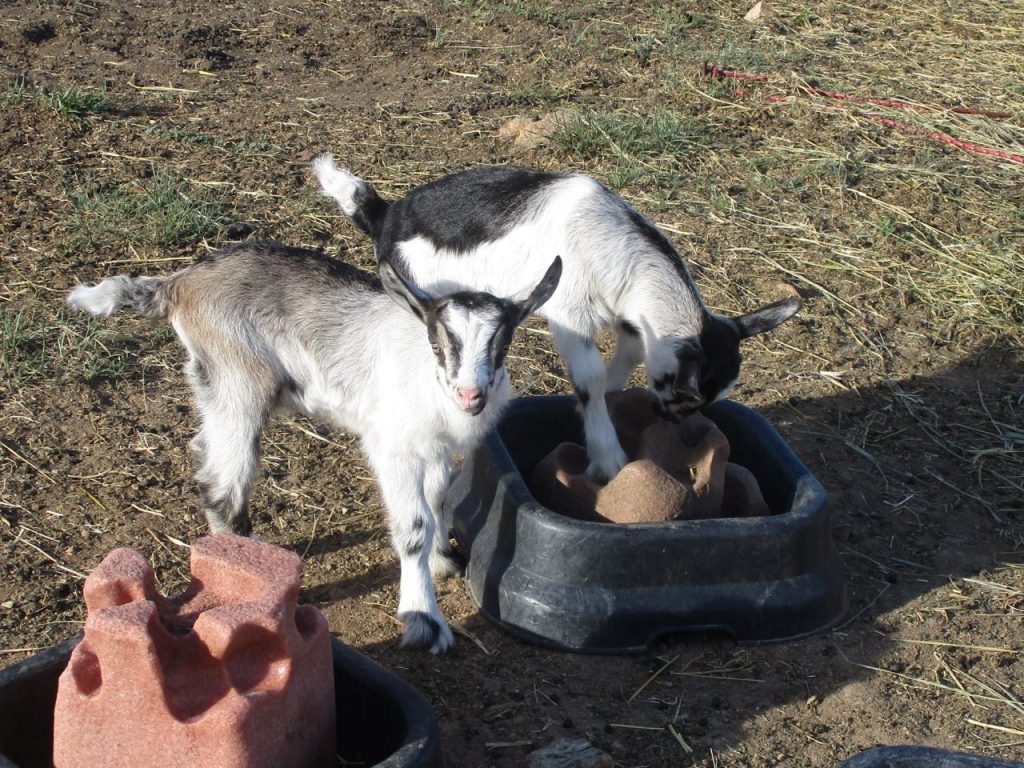 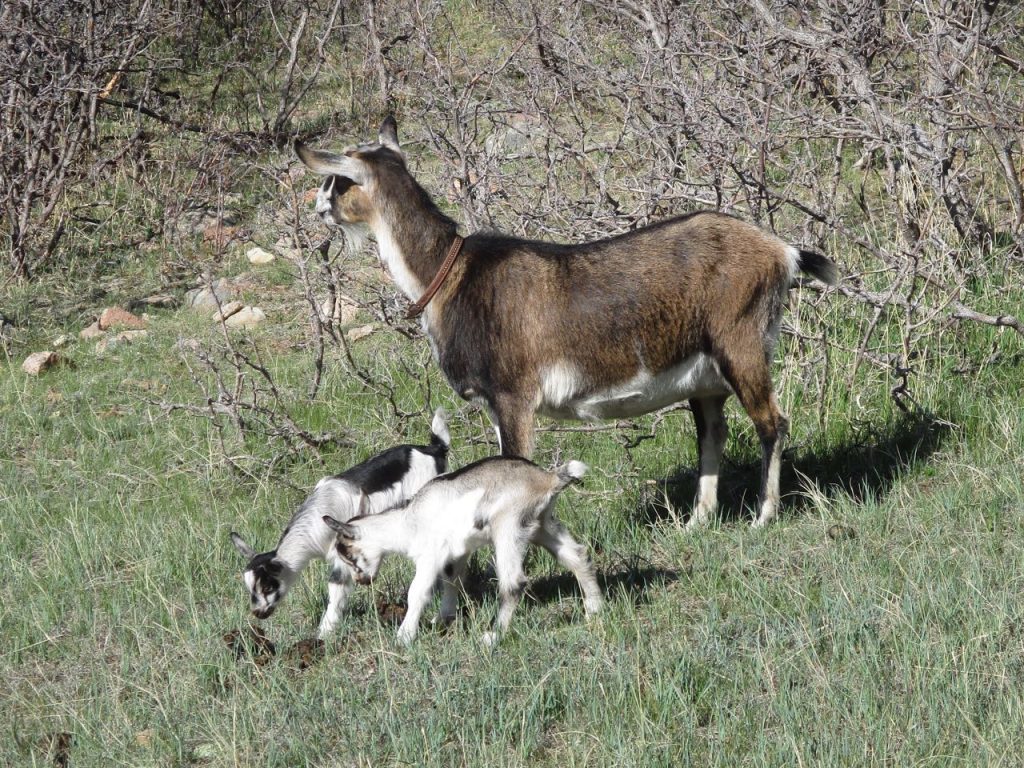 2 thoughts on “Zelda and Sonic”