We took these photos almost two weeks ago and I’d better post them now before they get any more outdated! We were snowed in that day so we brought the triplets into the house to play on the couch and watch a movie with us. We’re snowed in again today so I actually have time to post these!

I love the single black lightening bolt on Boone’s face. Maybe we should have called him “Harry Potter”! Boone is probably the most curious and outgoing of the three. I love his curly coat. 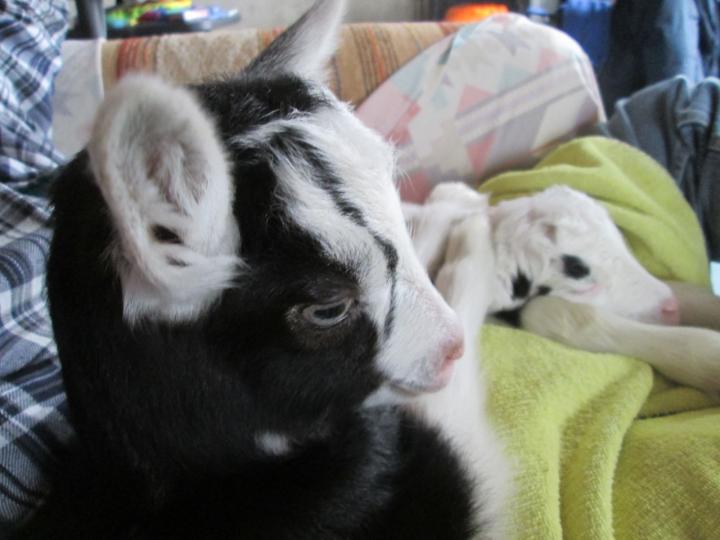 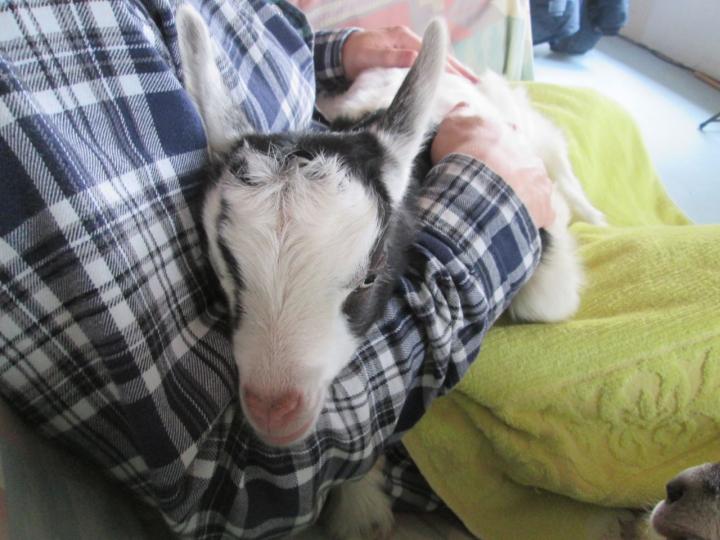 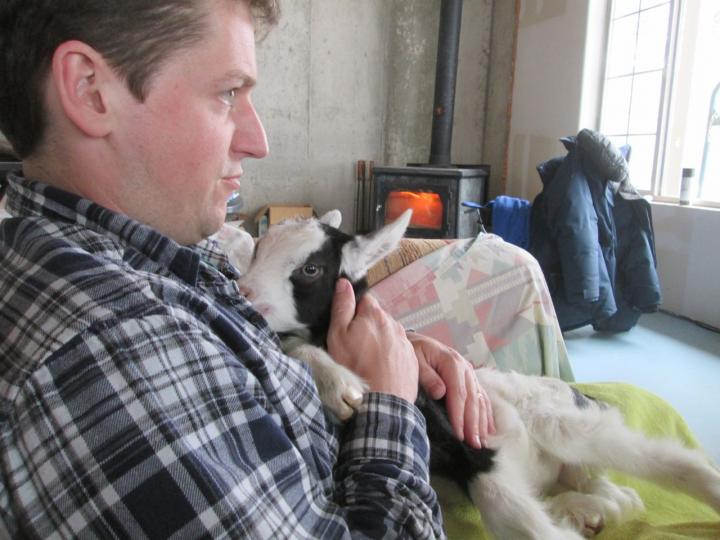 “My, what big feet you have, Crocket!” 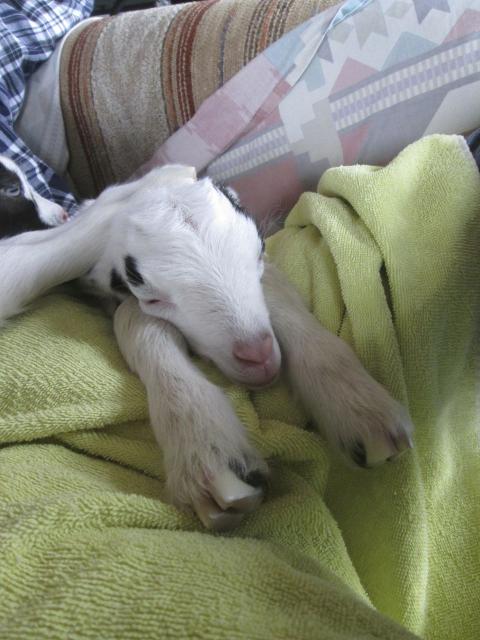 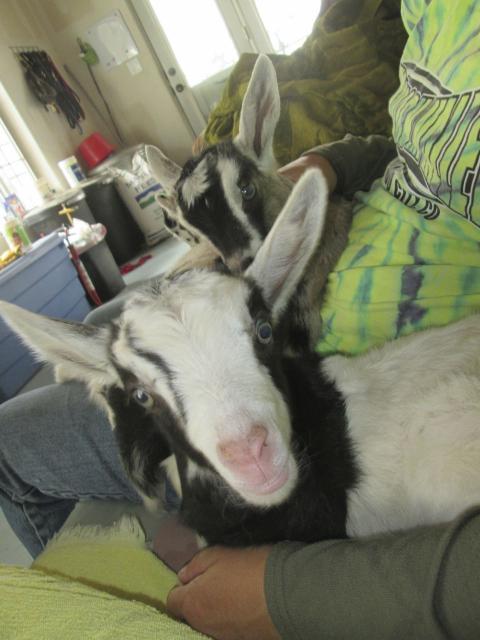 Oakley is the fuzziest of the bunch and the one most likely to jump in your lap and nuzzle your face. 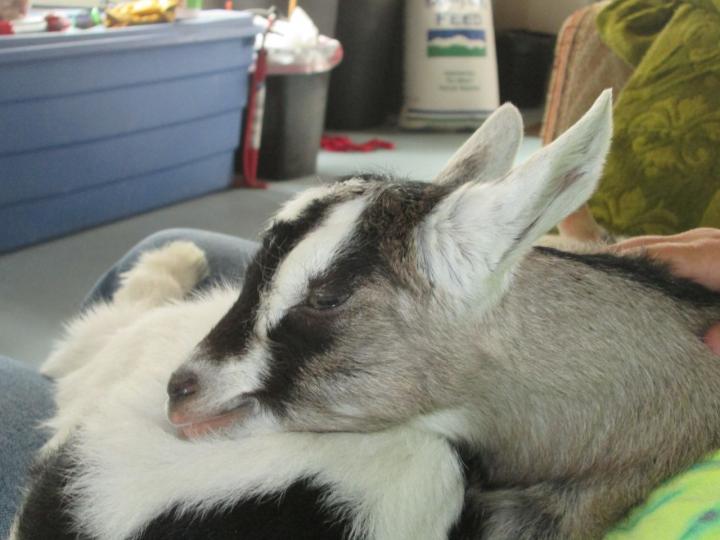 Crockett is the most laid back and will fall asleep anywhere. His horns are really coming in and he’s got one pink and one black! 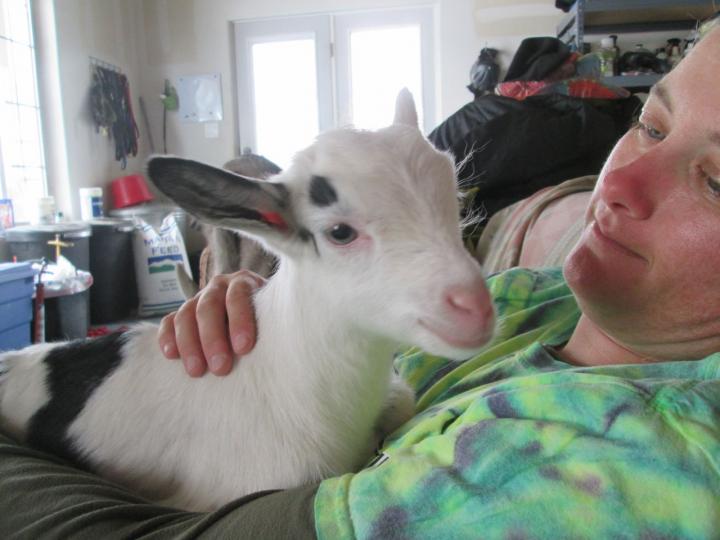 Last Tuesday my sister-in-law came with her kids and a whole bunch of other homeschool families from Salida to see the baby goats. There were about 15 kids under ten years old running around our basement. At one point we had everyone sit down on and around the basement couch so I could teach them a few things about goats. We let the babies into the basement so the kids could hold, pet, and play. The baby goats went wild with all the excitement and jumped in everyone’s laps, chewed on their hair, and generally raced around from one person to the next for attention. Human and goat kids alike got a huge kick out of the experience.