After the ribbon race and the obstacle course prize-giving, we broke out the wagon and harnesses and gave a little harnessing and hitching lesson to those who were interested. Most of the kids were not, but their parents were fascinated and asked lots of questions. We took the team out of the arena, which was much too deep and dusty for driving, and out into a quiet shaded area nearby. Here I let the kids take turns driving the goats while I walked alongside. 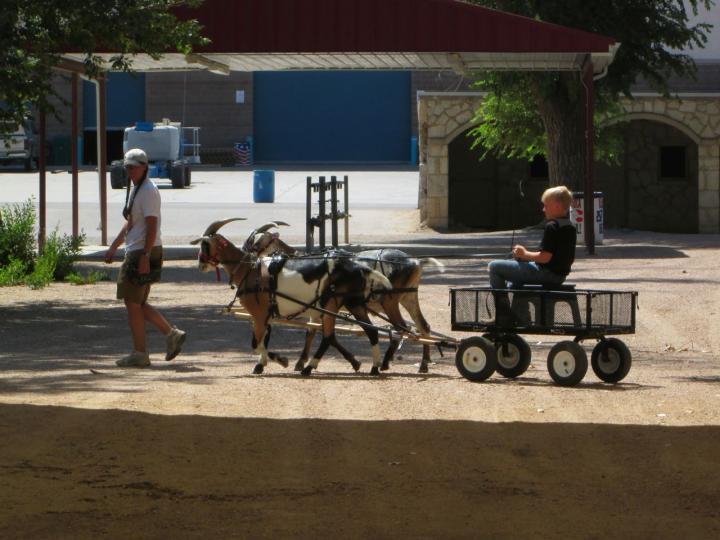 We used halters instead of bridles for this activity of course, and the goats were very willing and patient with their young drivers. 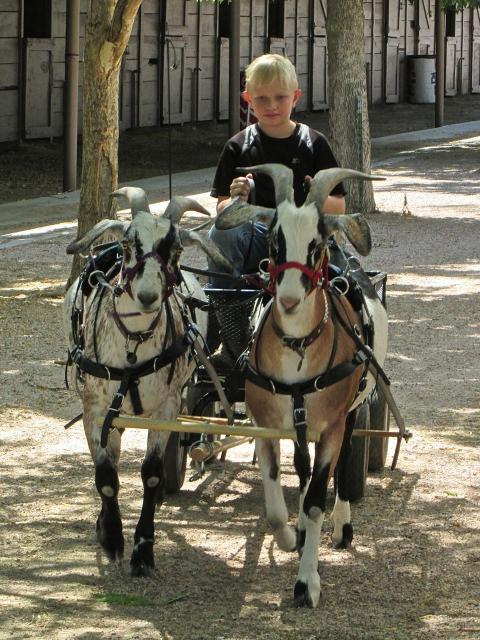 We made a pretty tight turn here so I helped the young driver by taking the reins ahead of her hands and guiding the goats’ heads while cueing Sputnik’s outside hip with the whip. The boys are really starting to learn how to turn the wagon properly by crossing their front legs over instead of trying to bend their bodies on a curve. 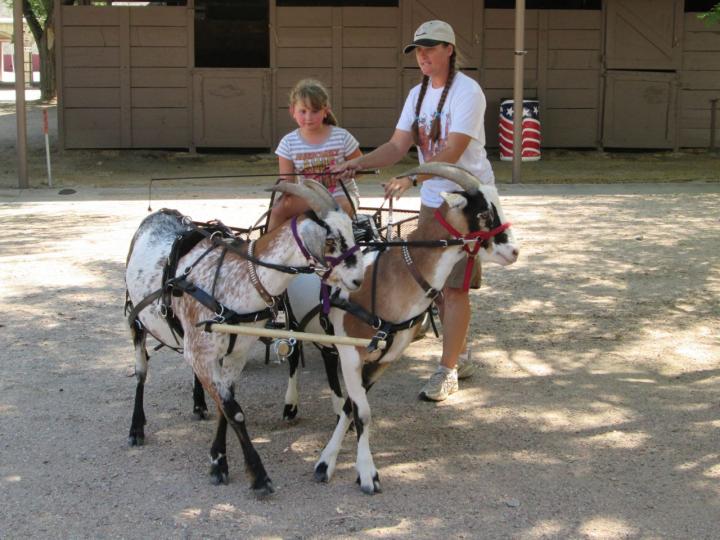 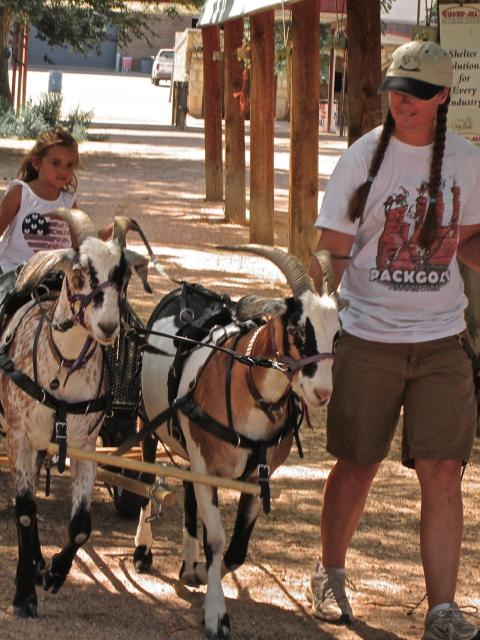 The last person to drive was Nick, the father of five wonderful kids whose gentleness and patience with the goats impressed me. The boy Tommy was thrilled to ride behind his dad and hold the long ends of the reins (talk about a backseat driver!) Nick wants to train a goat team to drive but has never driven any animal before. I spent some time showing him how to handle the reins and whip properly. He was a very good learner but of course needs practice. Driving a team is much like playing an instrument. It takes a lot of finesse and coordination to do it well, and these things can only come from spending time at the reins. 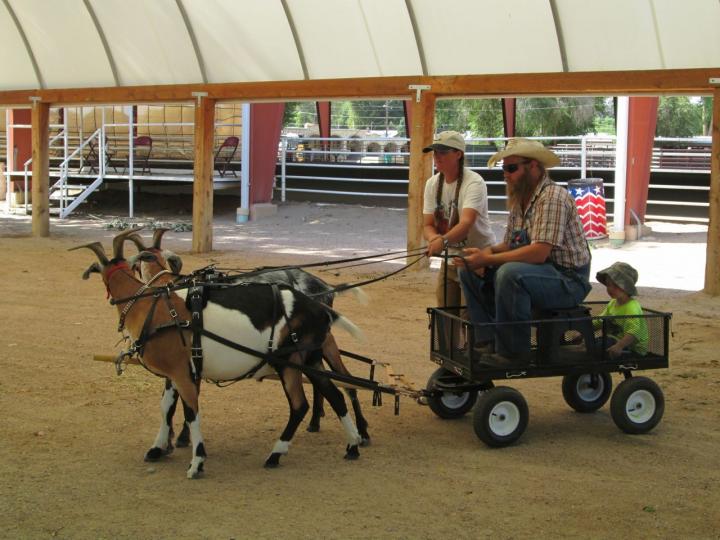 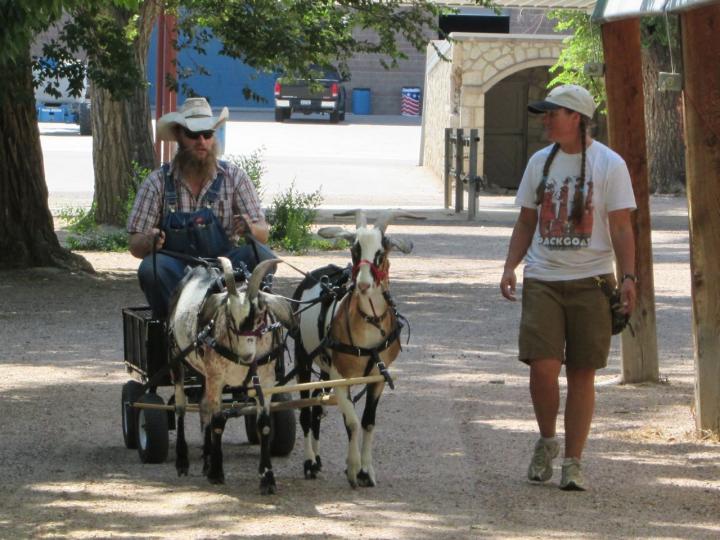