Yesterday was festive. It was a beautiful sunshiny day (a bit too windy, but I guess we can’t have everything). No girls are in heat right now (three should hopefully be bred), so I was able to let everyone out to play together. All the goats got a little something for Christmas. I bought a bag of overripe bananas and a big box of powdered donuts. The donuts were not a universal hit, but the goats who like them are NUTS over them (*cough*Cuzco *cough*). Their enthusiasm more than makes up for the ones who would rather stick with animal crackers. I almost bought Daisy a box of dog biscuits for Christmas until I remembered that she’s as crazy for donuts as Cuzco. Made my shopping easier!

Everyone also got new ID tags for their collars since all the ones that aren’t missing are now scuffed beyond legibility, and half the goats never had them at all.

Lilly doesn’t care for donuts, but she was happy to take a few animal crackers and pose for the camera. 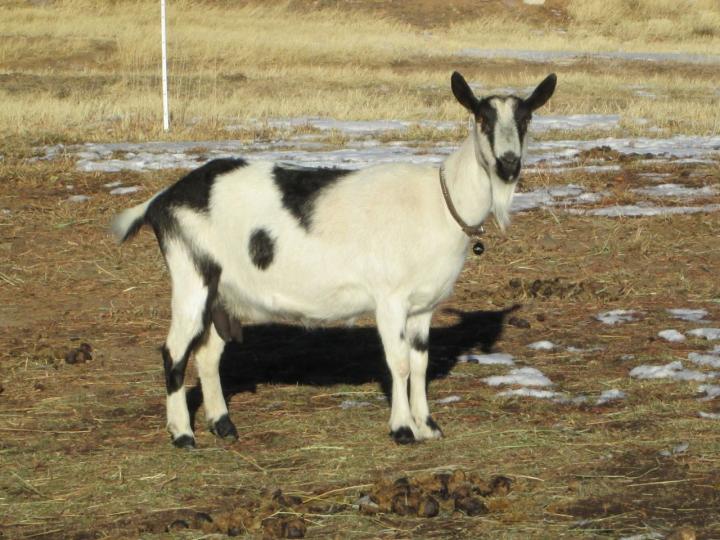 Nubbin did not come back into heat this week, so I’m keeping my fingers crossed that she’s bred. I’ll wait another cycle to be sure and then I’ll start drying her off. She’s still giving almost two quarts of milk each morning and looks great. While Nubbin looks more like her daddy than her mom, I still see Nibbles in the way she carries herself, her spunky take-charge attitude, and the kinked bottle brush tail. I’ve thought about Nibbles a lot lately because she died a year ago on December 17th. It was so sad to lose her the way we did, but good things grow out of ashes. Because we lost Nibbles, we found an exceptional livestock guardian dog in Daisy; we bought Pac-Man to breed Nubbin and Petunia when we had planned to leave them open; and because of that we have Snickers and Sputnik. 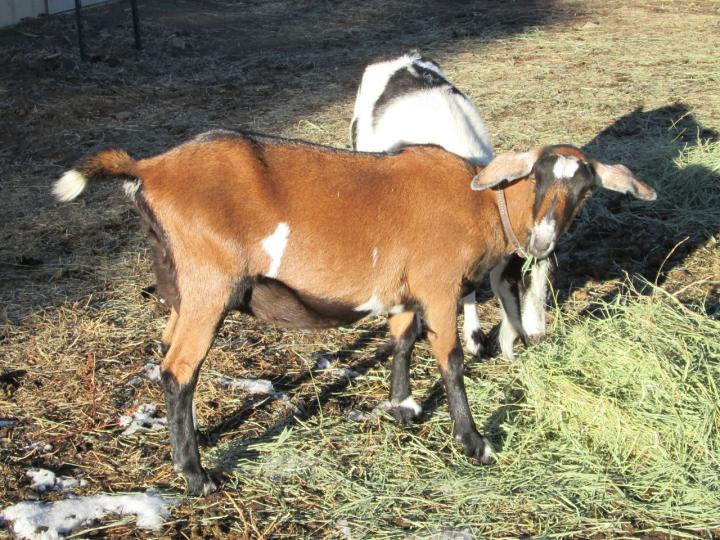 The three youngsters all got new leather collars to match Cuzco and Pac-Man. The old nylon ones were at their last stretch and getting tight. These have room to grow! 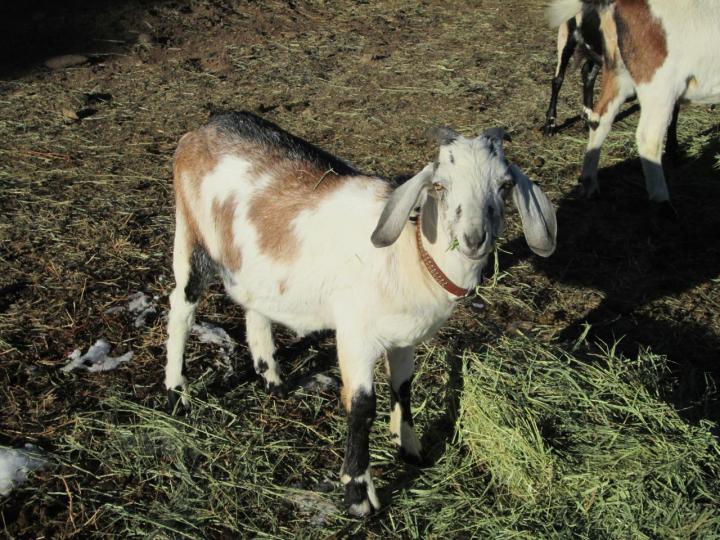 Finn is almost as big as his mother now, but she still beats him up if he gets fresh with her or tries to boss her around. 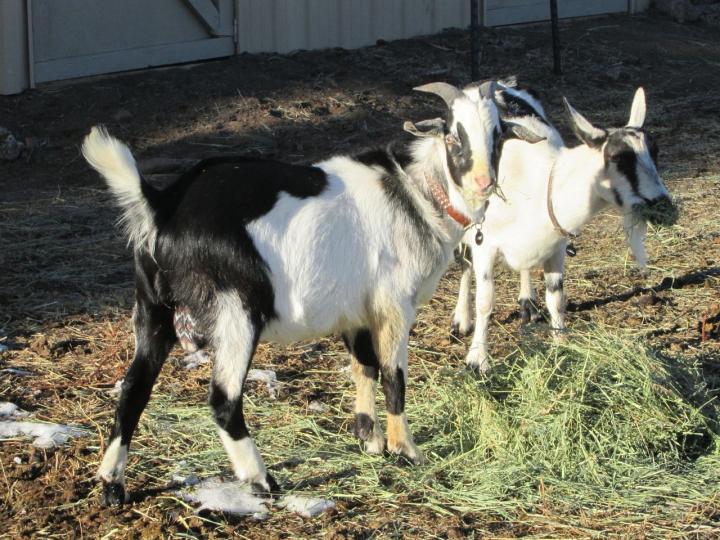 See the white streaks on the front of Finn’s horns? They’re getting more prominent as his horns grow, and they’re not rub spots. 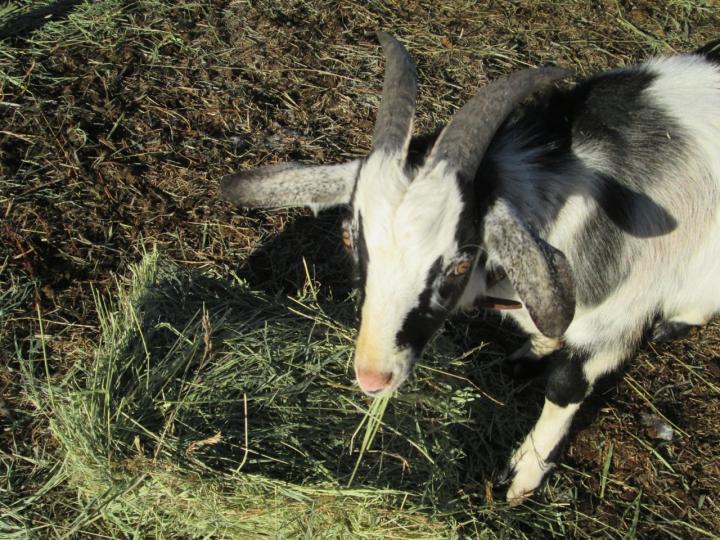