November is usually a month to get ready for winter and holidays. It’s a month to prepare for cold weather and get used to shorter days. Cutting, hauling, splitting, and stacking firewood usually looms large in November. But this year was different. I spent a brief but fun weekend in Massachusetts with my in-laws. They invited me out to attend Equine Affaire, which is one of the largest horse events in the U.S. It my first time visiting Phil’s parents sans Phil. He held down the fort here so I could go for my “horse spa weekend” as he called it. We had a wonderful time together and I’m so happy they invited me.

Just before I left for MA, I made the difficult but long-in-coming decision to list my horse Skokie for sale. I’d had Skokie since birth. He was the only offspring from my mom’s beloved palomino mare, PJ. My mom and I had spent time picking the stud–a beautiful Thoroughbred stallion named Coverallbases who was a grandson of Seattle Slew on his father’s side and a grandson of Secretariat on his mother’s. When we originally bred PJ to a Thoroughbred, I had hopes of getting into hunter/jumper competition and other English riding disciplines. But this never panned out and Skokie ended up much too big a horse for me and for the western riding I ended up doing. Skokie and I also never really clicked. He was a good horse and I had no complaints about his behavior, but for some reason our personalities never quite meshed. It was time to let him go.

A buyer from Virginia called while I was in MA. I was not interested in selling Skokie to anyone sight-unseen, but the man was very determined. He said his daughter would come pick Skokie up. That made me feel better. There was no way I was going to pack Skokie off with a shipping company and send him across the country! But if the man’s own daughter would come in person and actually ride him and take him back herself, I could feel ok about that.

At the same time as I was negotiating the sale of Skokie, I had my eye on a little Morgan yearling that was more my size. I fell in love with Morgans when I was in college out east. I was on the lookout for a mare or filly, but when I saw the buckskin gelding’s sweet little face on the sale page, I couldn’t resist. I ended up bringing my new baby home the day before Skokie left for Virginia. It was absolute Providence that this transition happened at exactly the same time. Dusty didn’t have to be lonely for even one day, and I didn’t have to deal with the dynamics of a temporary 3-horse herd with Skokie asserting his size and dominance over the young newcomer.

I named the new horse Pepperjack. Skokie was in rare form when Pepperjack got off the trailer. He pranced so beautifully that I almost regretted selling him. He looked like he was posing for a statue in Kentucky Horse Park and had that gorgeous Thoroughbred “Look of Eagles” in his eyes. Skokie is normally very laid back, so seeing him puffed up and almost floating above the ground was a real treat. 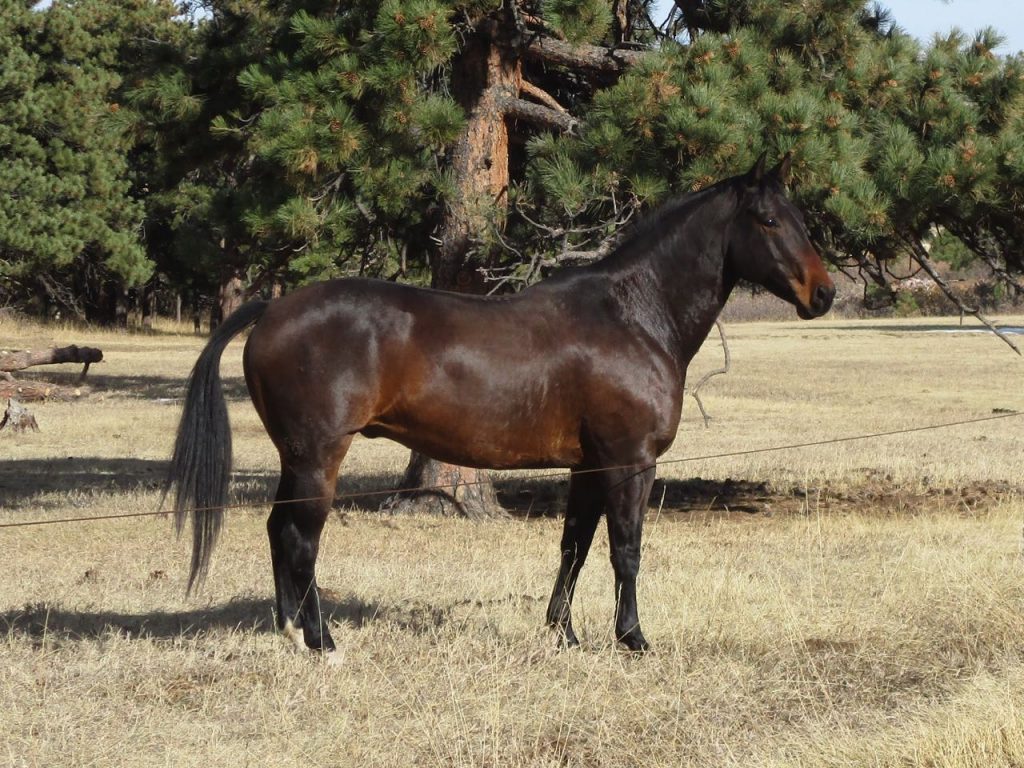 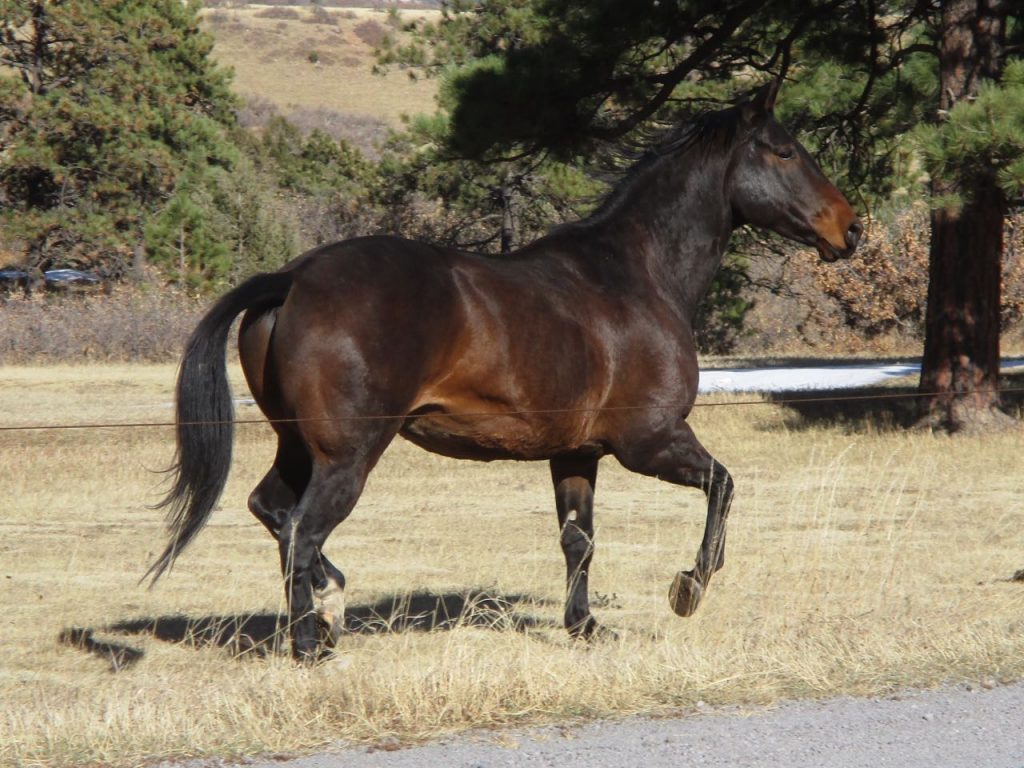 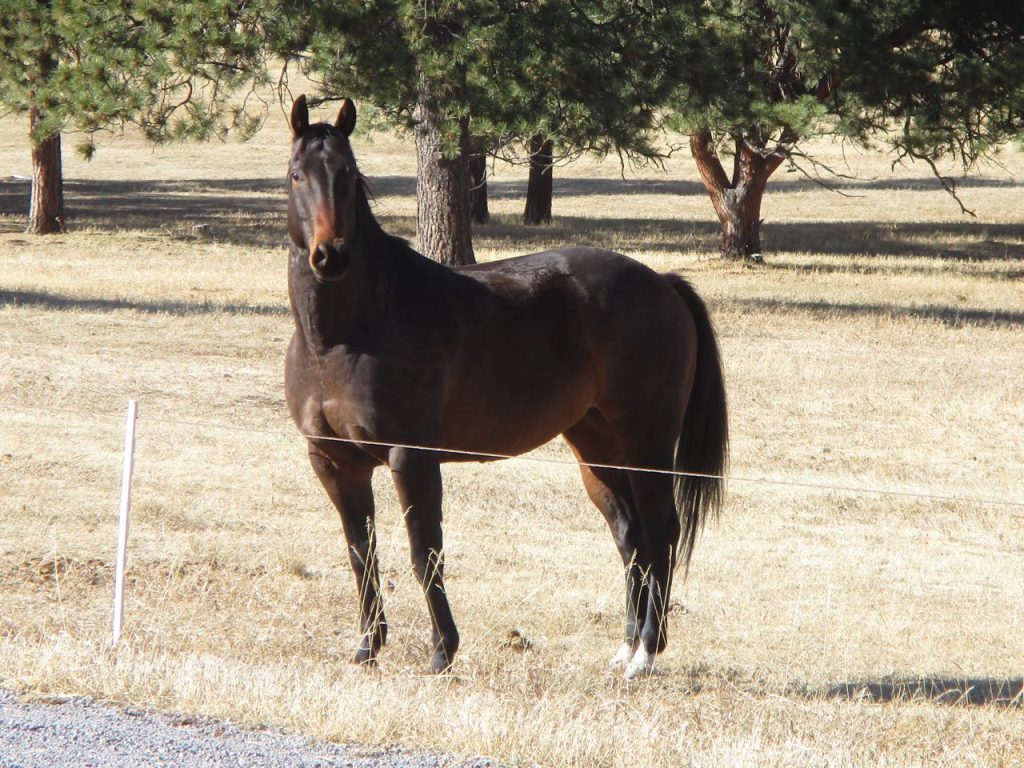 While Skokie danced and pranced along the fence line, Pepperjack introduced himself to the goats and got to know Dusty a little bit. 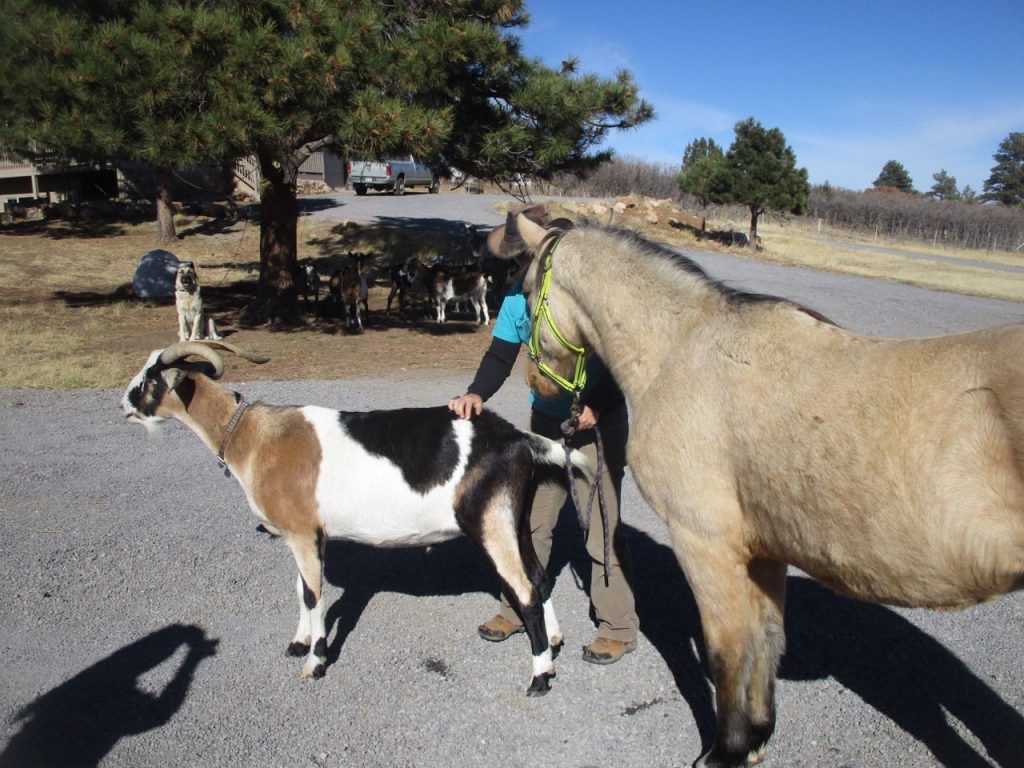 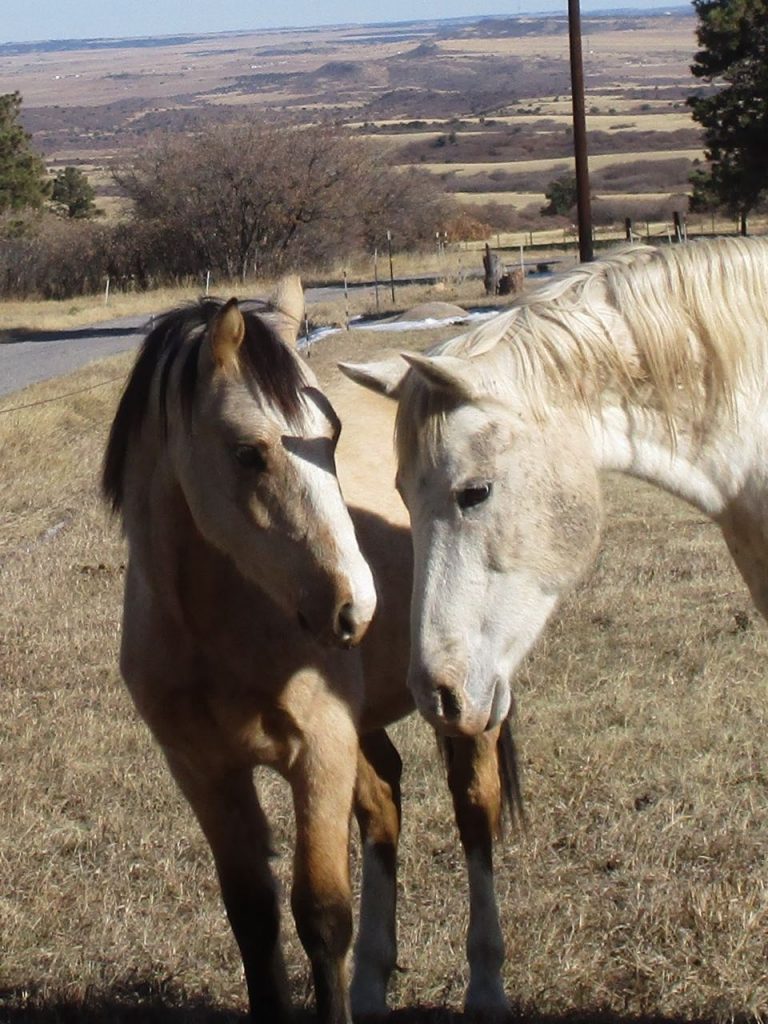 I think Pepperjack and I are going to be very good friends. He’s a fun, gentle, and adventuresome little fellow and he will not outgrow me like Skokie did. 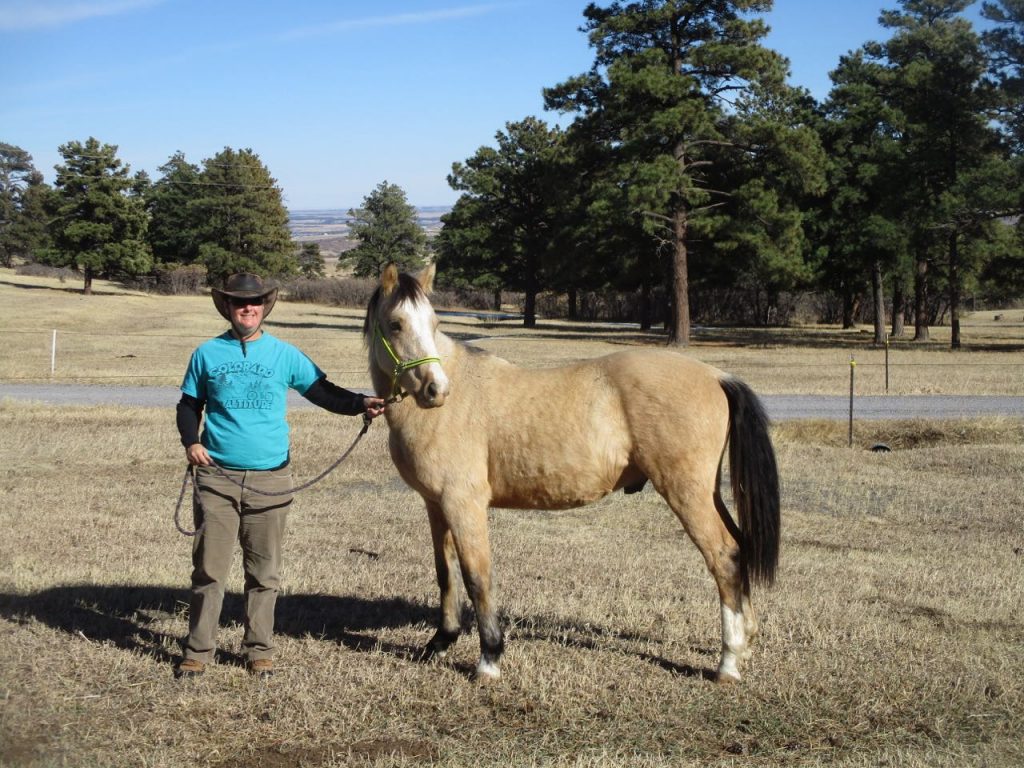 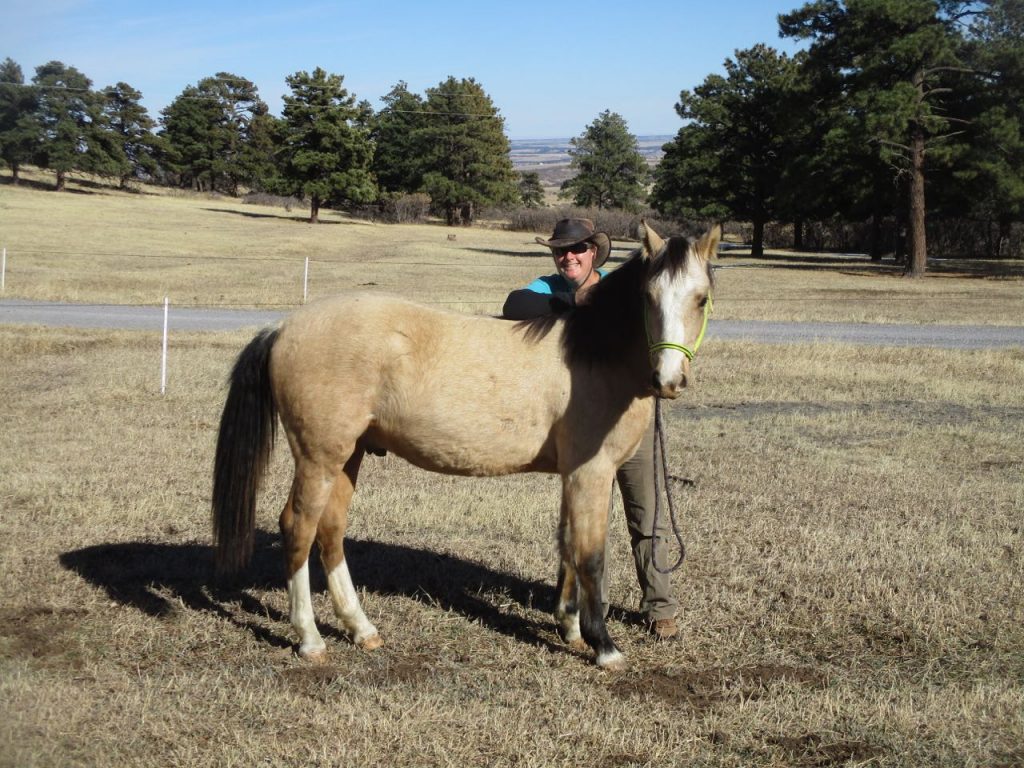 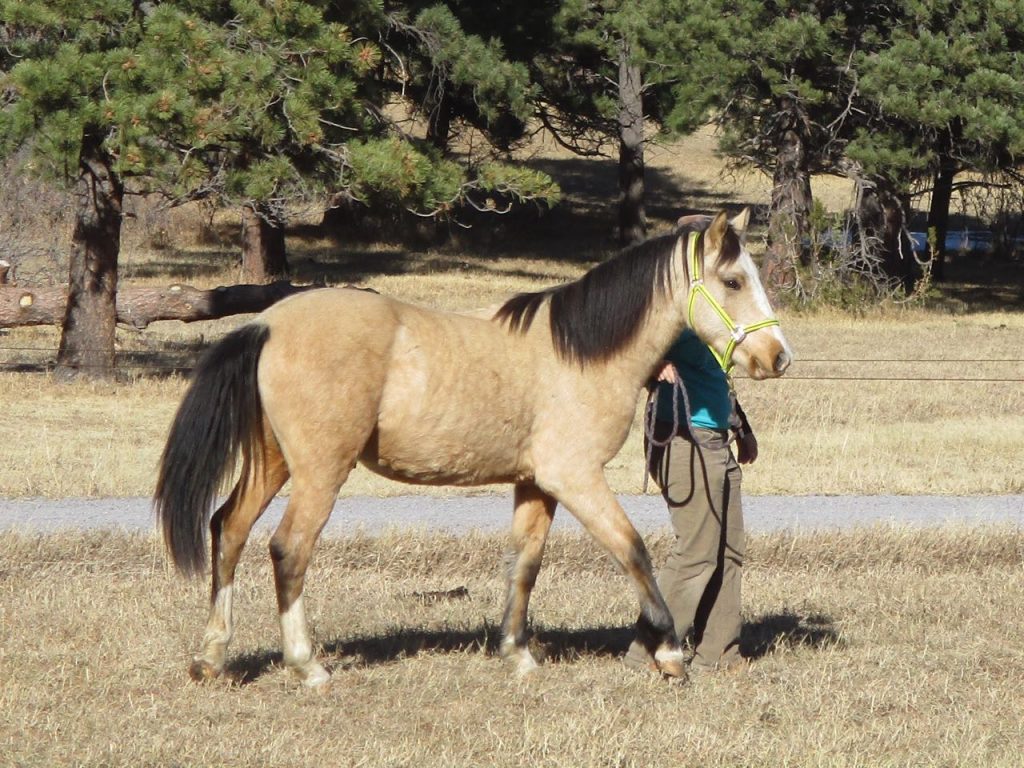 Next morning, Skokie hopped on the trailer to Virginia. He now belongs to the Master of the Rockbridge Hunt and will be a foxhunter, which is really the life Skokie was bred for. I feel like a small-town mother who just sent her son off to an Ivy League university, but somehow I think he was made for that life. The best part for Skokie is that he’ll never have to see the inside of an arena again. He always hated arena work but loved striking out cross-country to explore new places. I hope he has a wonderful, exciting life out there and that he turns out to be the best horse his new owner has ever had.

For me, I’m glad of change. Losing Jet so unexpectedly last year was a terrible blow and I’ve had a hard time riding or even spending time with horses since then. With everything new, I feel like I can start over. I look out the window and the horses make me happy again. I look forward to the adventures that await Dusty, Pepperjack, and I in 2020. 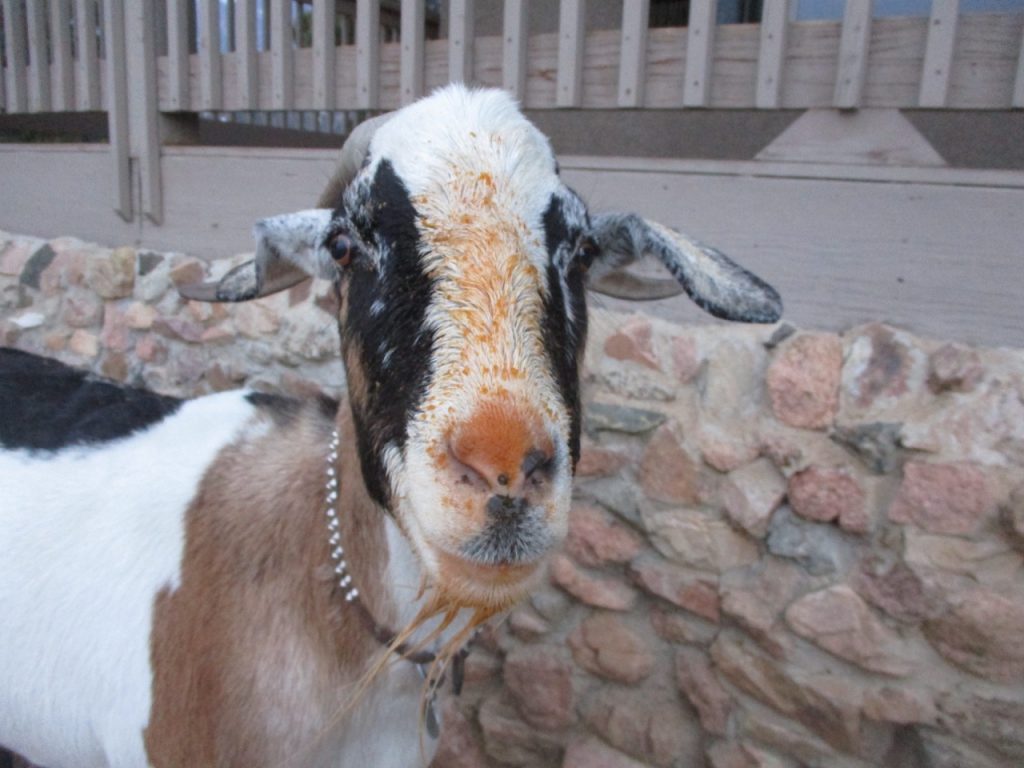 2 thoughts on “A Whirl of Changes”