We HAD two stanchions. I have a big metal stanchion I bought a few years ago because my boys (and most of my girls) outgrew the smaller wooden stanchion for daily milking purposes. But the small wooden stanchion still got used on a daily basis and was a nice little workhorse.

Last week Pluto and Daisy came in with porcupine quills in their faces. Daisy’s weren’t too bad and since she’s smaller I was able to pull the quills out while Phil held her down. Pluto was another matter. Not only did he have a lot more quills, but they were more deeply imbedded, and he had scratched and clawed at them to the point where quite a few of the ones inside his mouth were broken off. There was no way to hold down a dog that size by force, so I put him on the wooden stanchion, locked his head in, and got to work. We were doing pretty well but my pliers were too clumsy to grip some of the smaller, broken-off quill stumps. I ran into the house to grab my assortment of needle-nose jewelry pliers and some hemostats. I thought I could leave Pluto safely on the stanchion for a few minutes, but apparently I was wrong.

I came outside to find Pluto running loose and the headpiece on my little wooden stanchion turned to matchwood. He had literally gnawed his way out of it. It looked like a werewolf had got hold of it! I knew he had powerful jaws, but the way he splintered my stanchion in just a few minutes has given me new respect for those teeth! That board was almost 4 inches wide. Yikes! 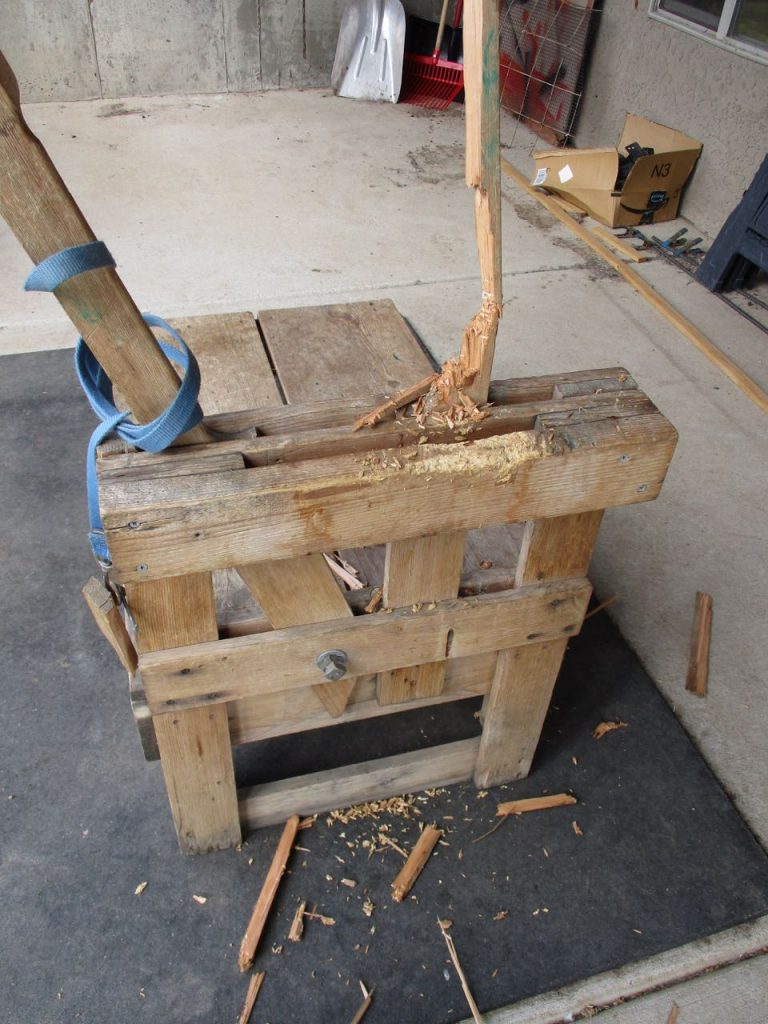 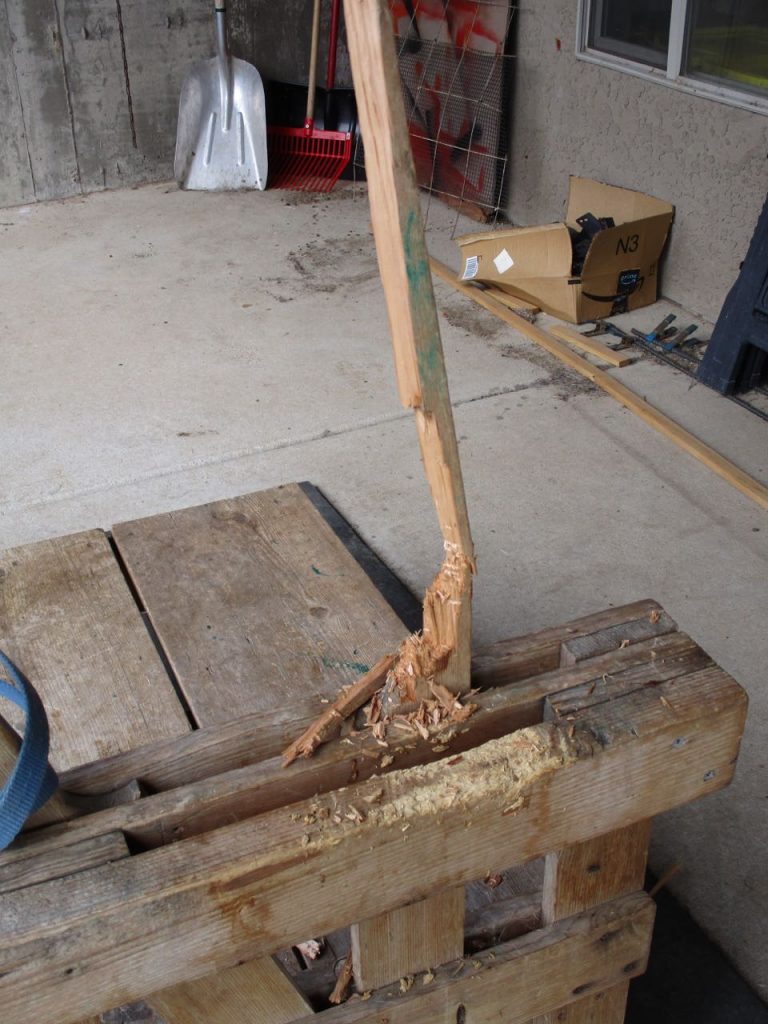