We took Finn, Snickers, Sledge, and Hammer for a hike up the Greenhorn Trail today. This was Sledge and Hammer’s first time out. They cried at first, as babies tend to do when you pull them away from mommy, but they seemed to enjoy themselves and quieted down by the end. Finn and Snickers provided a good example of how packgoats should behave on the trail, although we had to teach a few lessons about not cutting past people. Finn was especially determined to get past me so he could follow Phil, so I swatted him in the nose with my hat every time he would try to sneak past. It was pretty effective, but not always, as you can see from this picture. 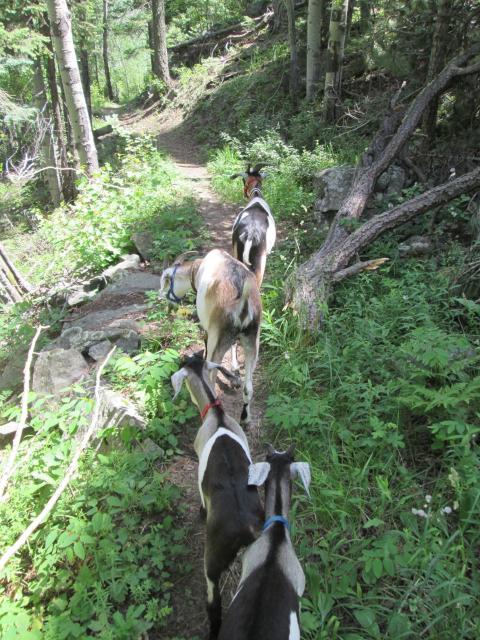 Phil with Finn and his boys. They sure do look a lot like their papa! 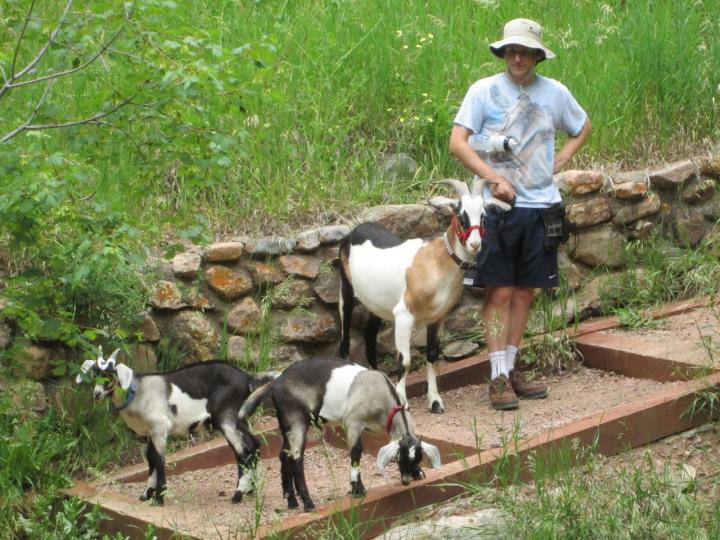 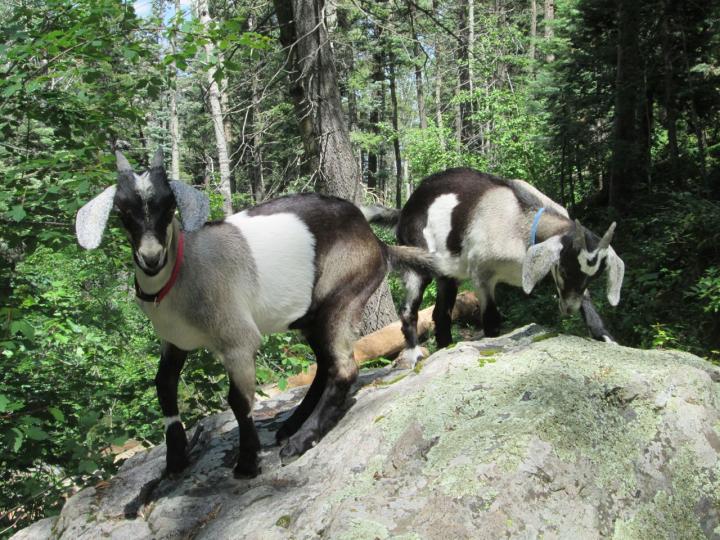 Sledge discovered that the best part about hiking is the wide variety of delicious foliage. 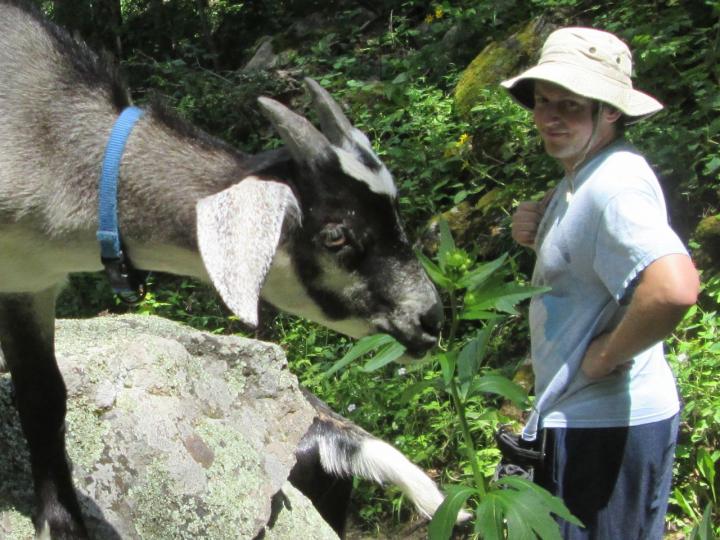 Hammer eluded the camera for almost the entire hike. When I finally did get a shot, this is what he gave me: 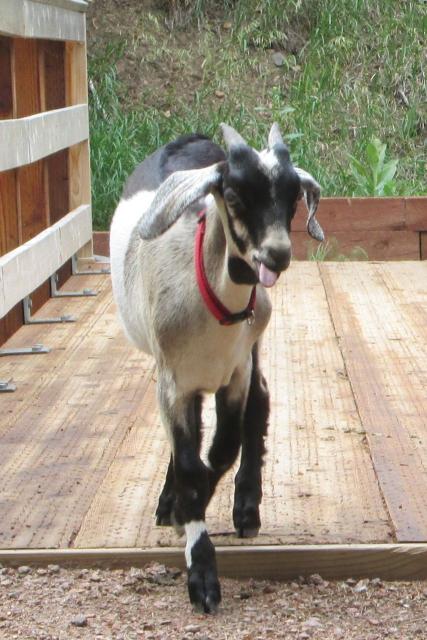 Snickers is a good, good boy on these hikes. He simply loves getting out and doing stuff with us, and he has no qualms about crossing creeks, logs, bridges, stepping stones, or anything. I get the feeling that even if we met a bear, he would stop and look at it briefly before calmly walking behind Phil or I. He doesn’t act like a bold, adventuresome goat, but he seems unflappable. 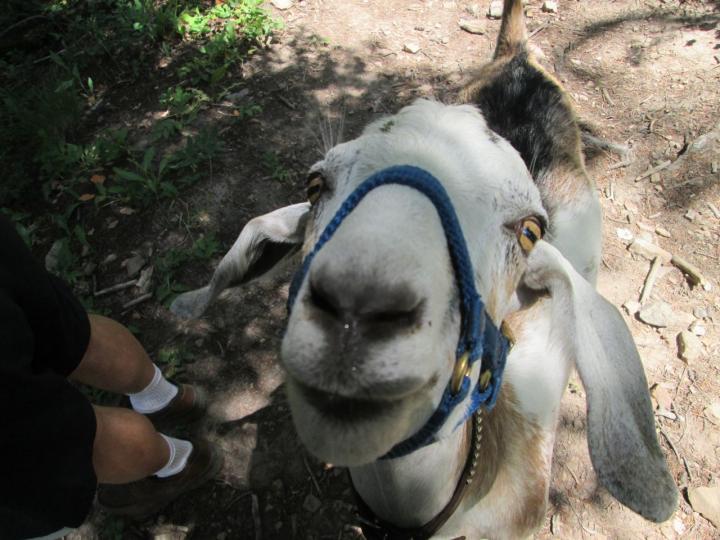 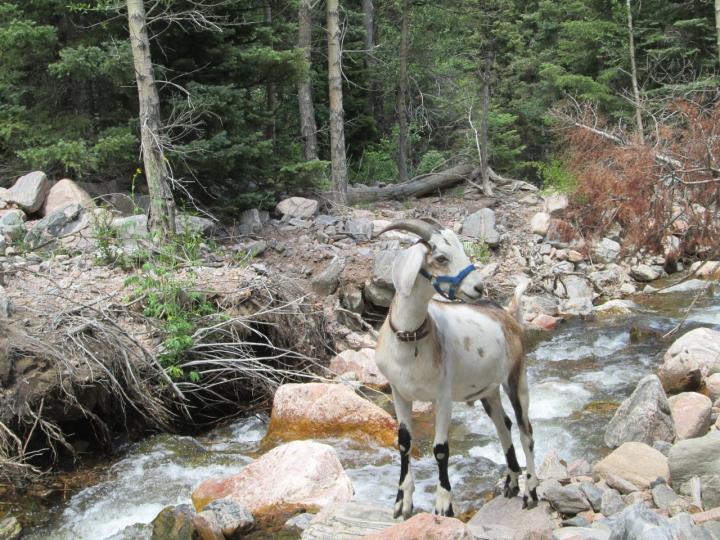 And he blends in nicely with the scenery as long as we’re walking along a rocky creek bed. 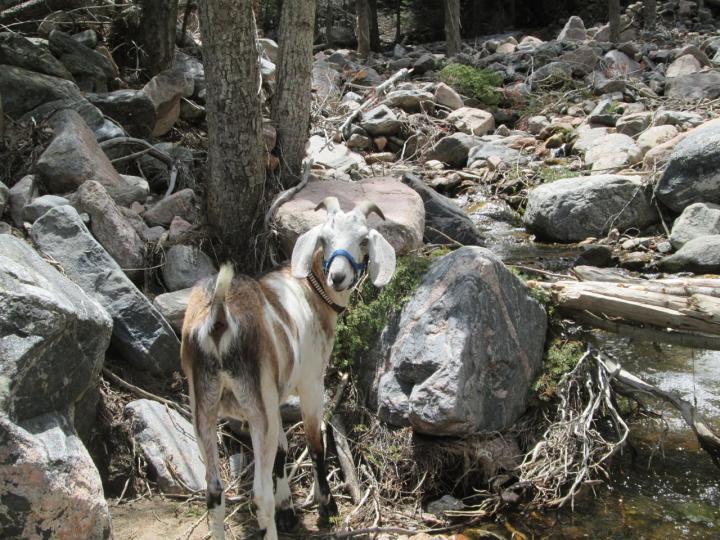 Finn boldly goes wherever Phil goes, and although he’s out of the shot, Snickers casually strolled across this rather unstable log bridge as well. It consisted of a lot of small, wiggly, sagging logs sort of loosely bundled together, and it was pretty high over the creek. I wasn’t sure it was safe for the goats to cross (Cuzco would have walked through the creek at this point), but they made it. 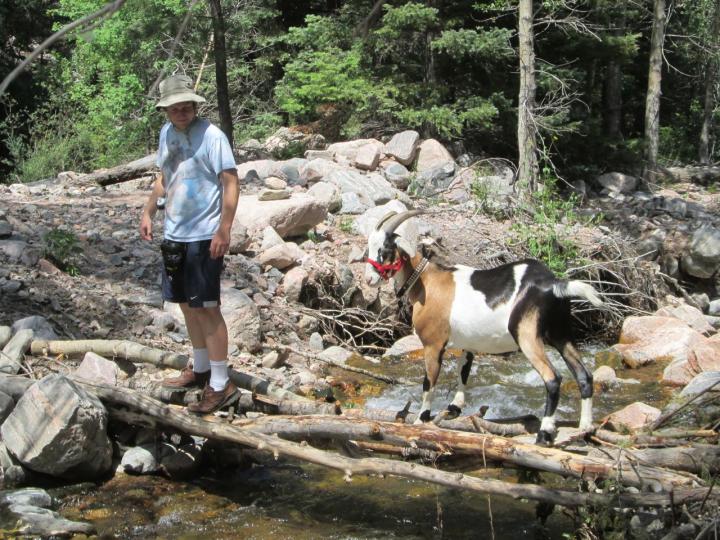 Except Sledge and Hammer. This proved a bit much for them and after walking on it myself, I’m glad they went no further than this before turning back. The spaces between the logs were pretty large in spots and the water was deep and swift enough that the babies might have been swept away had they fallen. 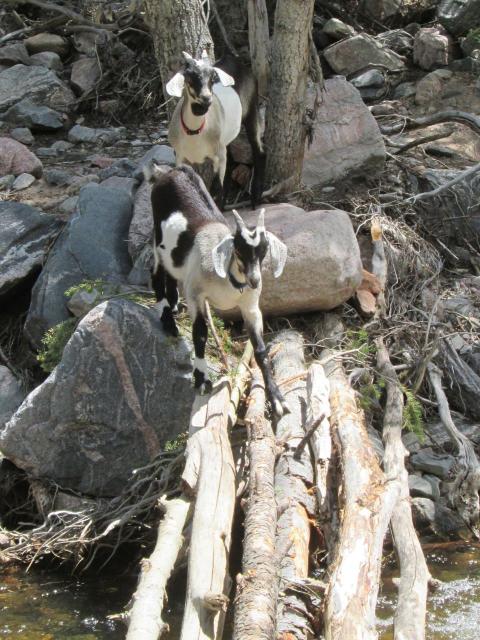 We also met this cool bug on the trail. It liked Phil’s leg apparently. Phil liked the bug, but he wasn’t sure he wanted it crawling on him. I kept telling Phil not to move so I could get more photos while the bug kept ticklishly crawling dangerously higher. I did not let the bug go up into Phil’s shorts, but that probably would have been the most entertaining part of the hike if I had. 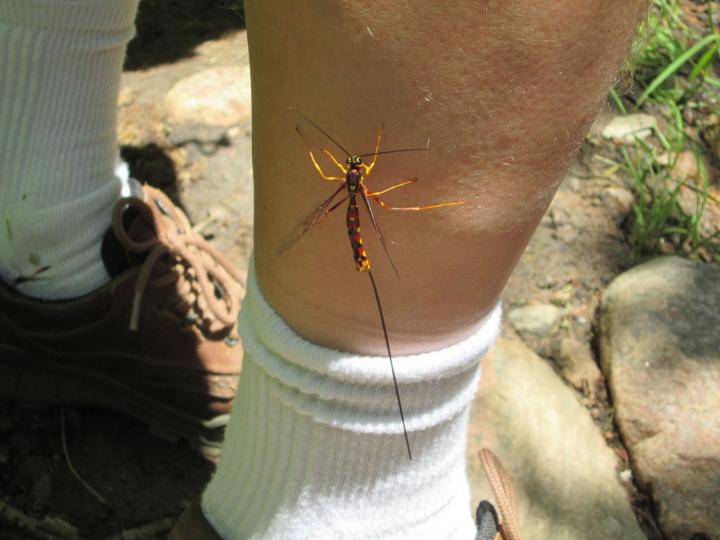 1 thought on “Sledge and Hammer learn to hike”