It was a gorgeous day today. So far this winter we have not had any winter, and today was t-shirt weather. Phil was working so I loaded up Sputnik and we headed out for a short hike this afternoon around the Colorado City Metro District area, which is a large open space made up of parcels that were sold in a land scam back in the 1970’s. The land didn’t have water so most of the lots reverted back to the town when the owners eventually stopped paying taxes on it. It makes for a lot of nice hiking, biking, horseback riding, and off-roading trails in our area.

I decided to swing by my friend Jordan’s house and pick up her two-year-old pack wether named Geronimo. Geronimo is an Alpine/LaMancha cross with a wonderful personality. He has had very little handling because Jordan has been away at college, yet he is friendly and solid with almost no skittishness or aggression in his attitude. Since two years old is when sweet wethers often change rather suddenly, I offered to take Geronimo out from time to time to help him remember his manners. I decided to try our spare Sopris pack on him. He wore a dog pack last June at the Rendezvous, but I don’t believe he has carried a saddle since. He was a tiny bit skittish of it at first, but once I let him sniff it he soon stood still and let me fasten it on. 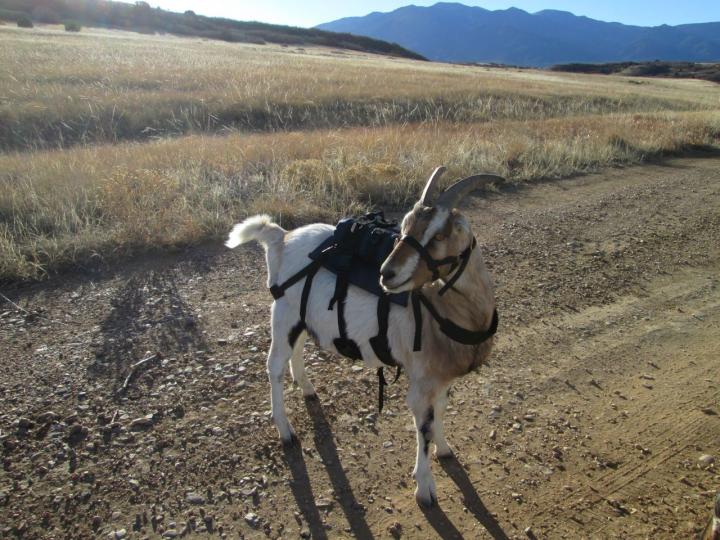 Sputnik was indignant. He thought he should be the one carrying the saddle and he let me know by bashing Geronimo when my back was turned. I put a stop to that and we set off on our walk. 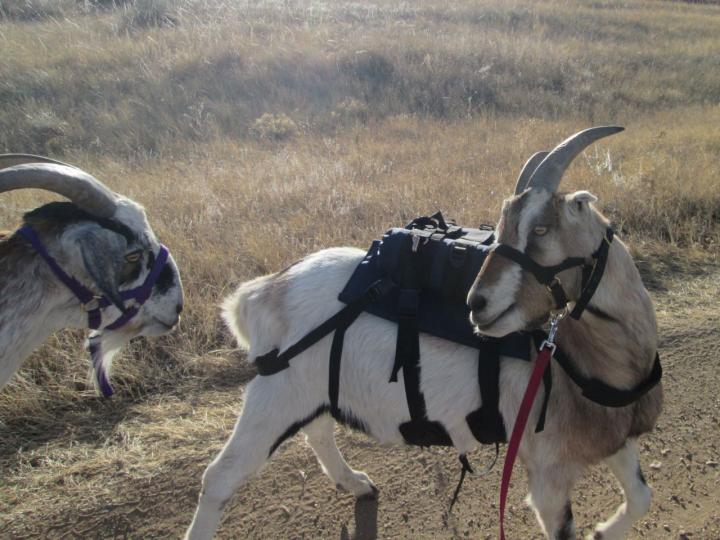 It was a wonderful time. Sputnik was on high alert because of the new goat. His tail stayed up at full mast the whole time, but aside from the brief butting incident during saddling, he left Geronimo alone and didn’t hassle him. 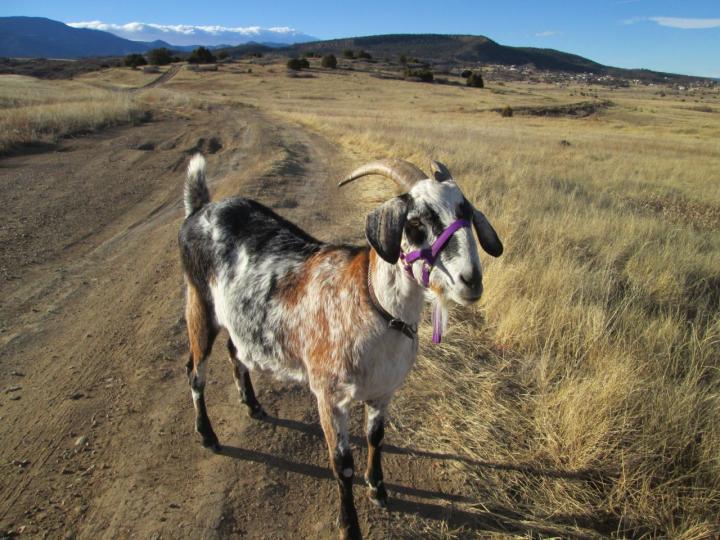 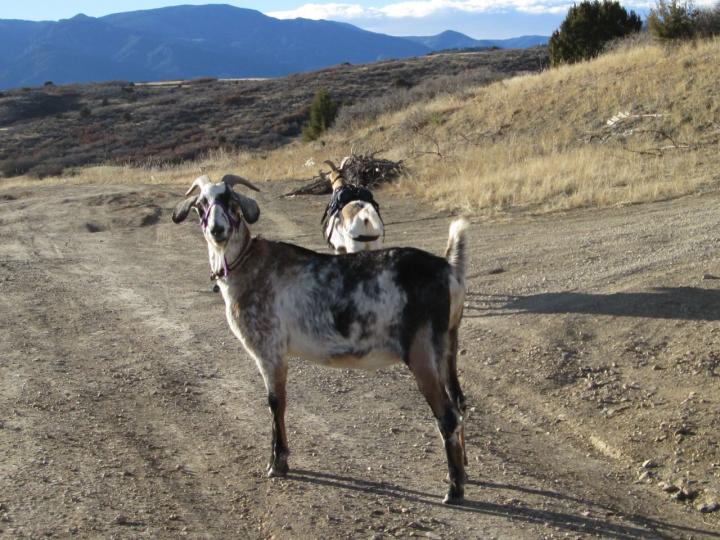 It was a good experience for Geronimo and I think he’s going to make a wonderful packgoat when he grows up. 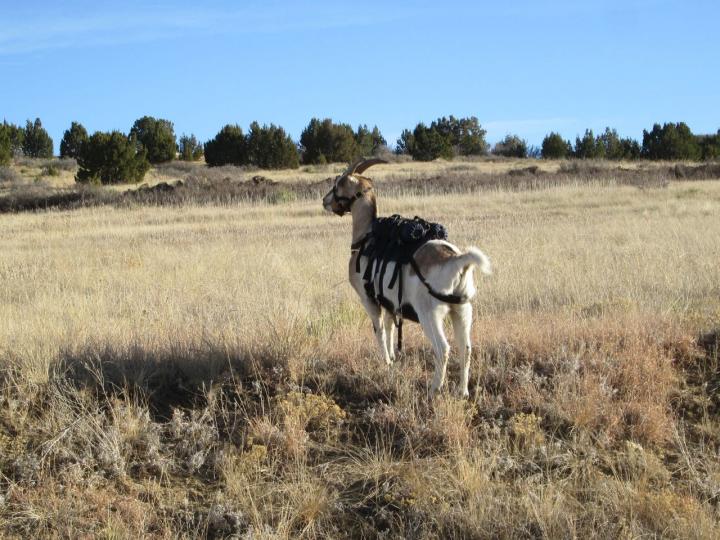 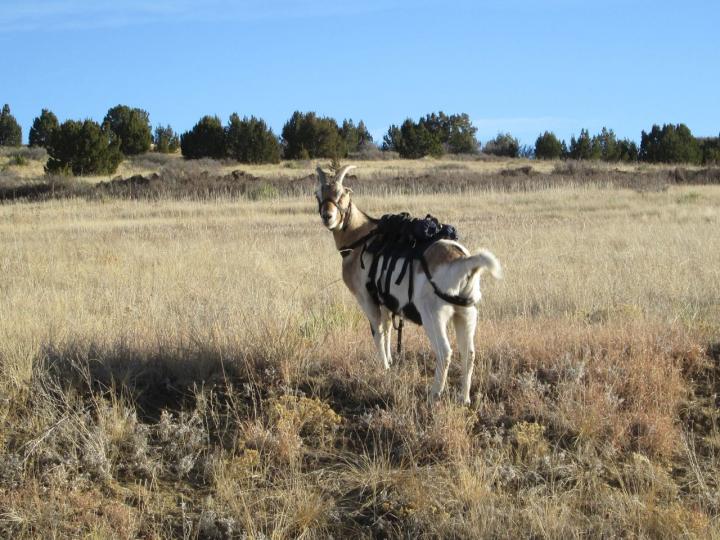 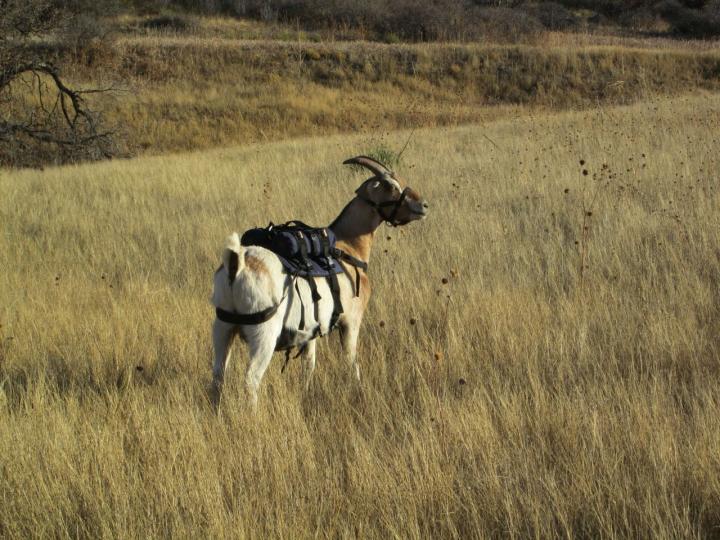 1 thought on “Hiking with Sputnik and a Friend”