We made it to Tennessee early this afternoon and had time to put the finishing touches on our costumes and chariots. I tidied up Finn and Sputnik, and we got harnessed and hitched just in time for the “World’s Greatest Goat Parade”.

Phil made a magnificent and imposing Thor. 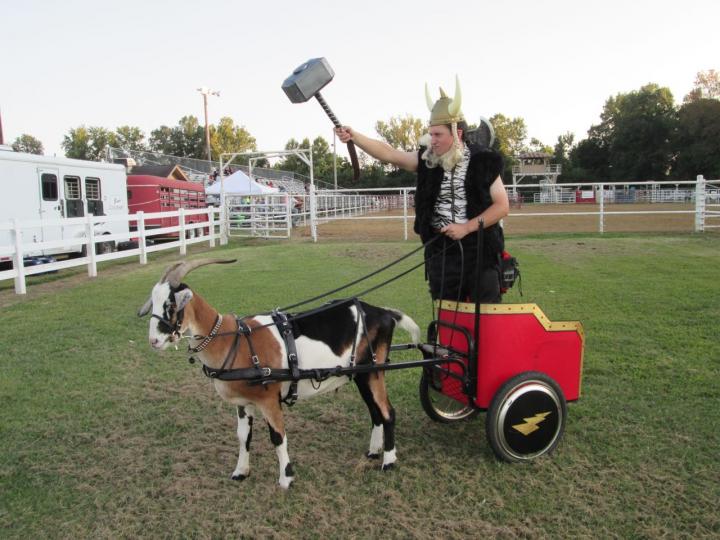 I was Juno–a Greek goddess who typically dressed in hunting garb. 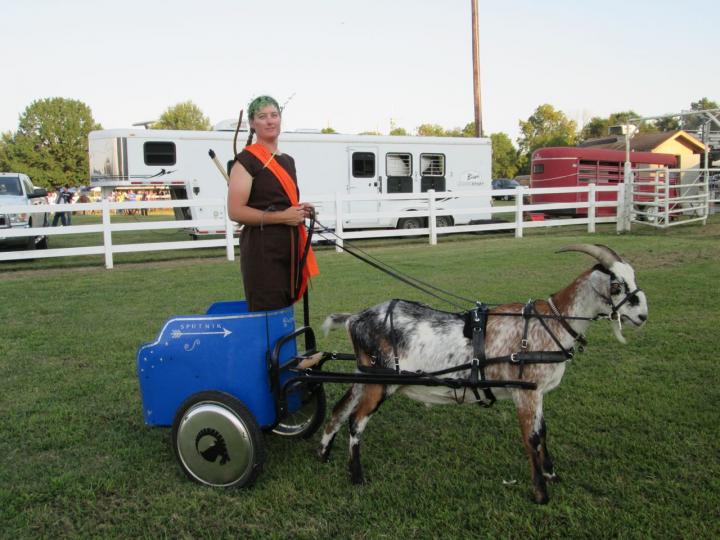 There were also a dozen or so of these colorful dudes in the parade. Sputnik about had a heart attack when he saw them. Goats are NOT supposed to be this color! I had to get out and lead him partway along the parade because he kept trying to turn around and stare at them. 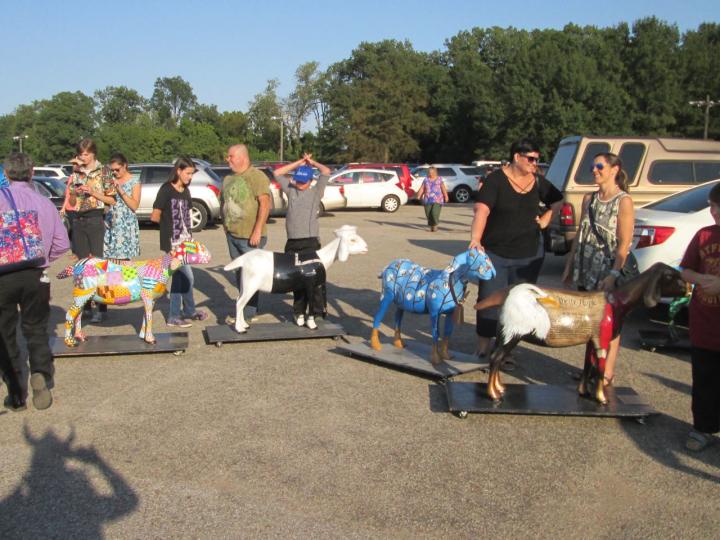 This right here is what made it the “World’s Greatest” goat parade. CUTENESS OVERLOAD WARNING!! 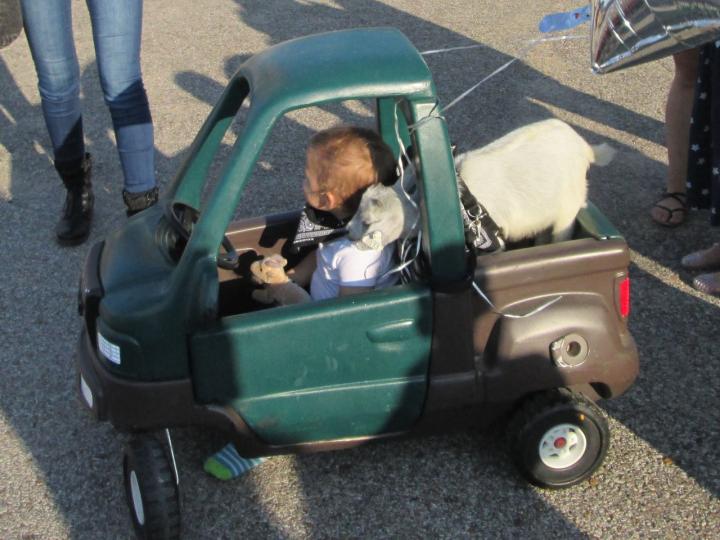