We had a foot of snow last night on top of the foot we already had, and we plowed and shoveled it away just in time for it to start snowing again. I think we’re supposed to get another foot tonight. Whew! 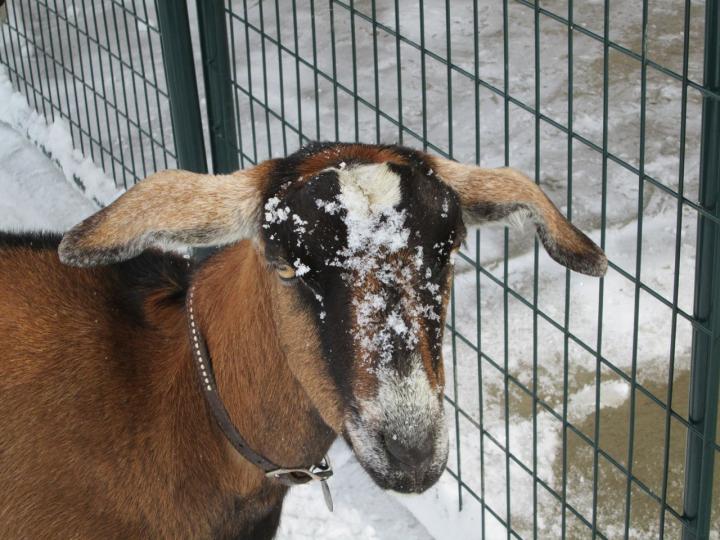 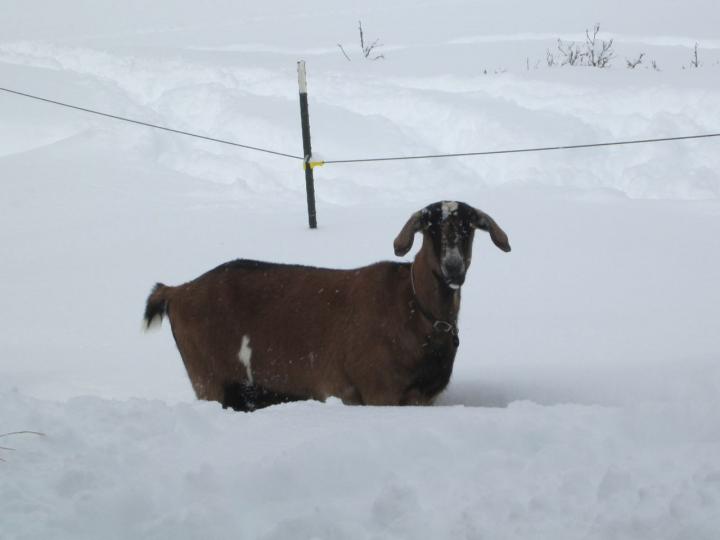 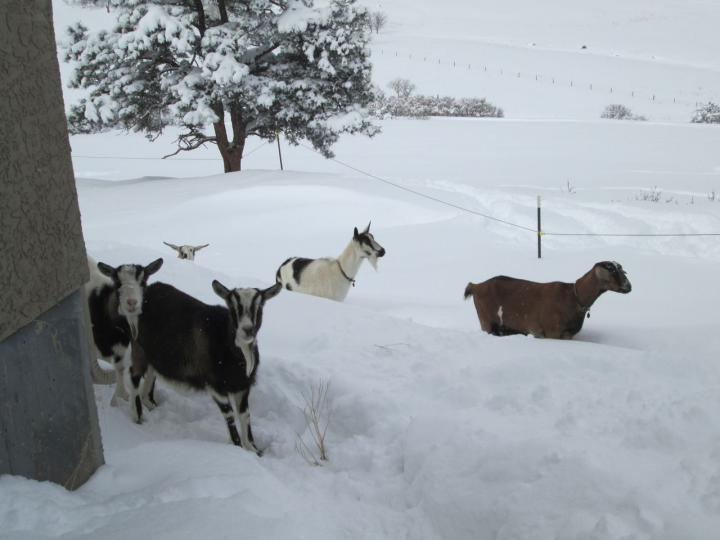 Pac-Man helped me haul water out to the boys’ pen tonight. I loaded two buckets of hot water onto the sled and hitched Pac-Man to it. I steadied the buckets while Phil led the goat.

But before that, Pac-Man had a great time eating a pine tree… 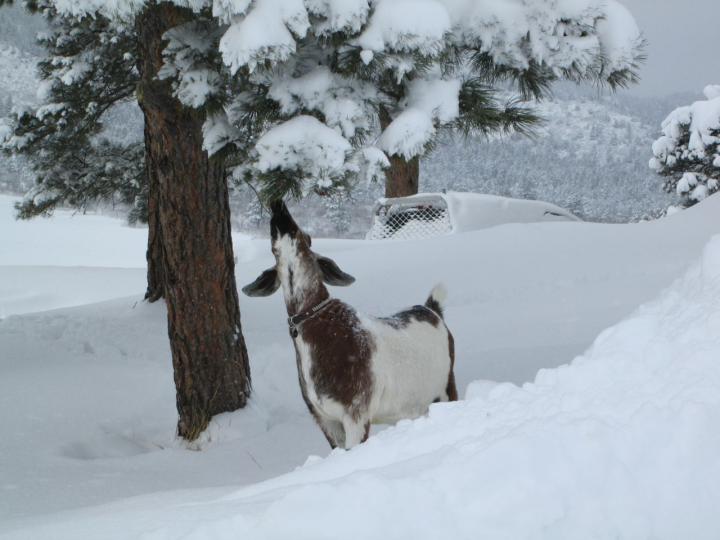 … Until the pine tree dumped a load on his face! 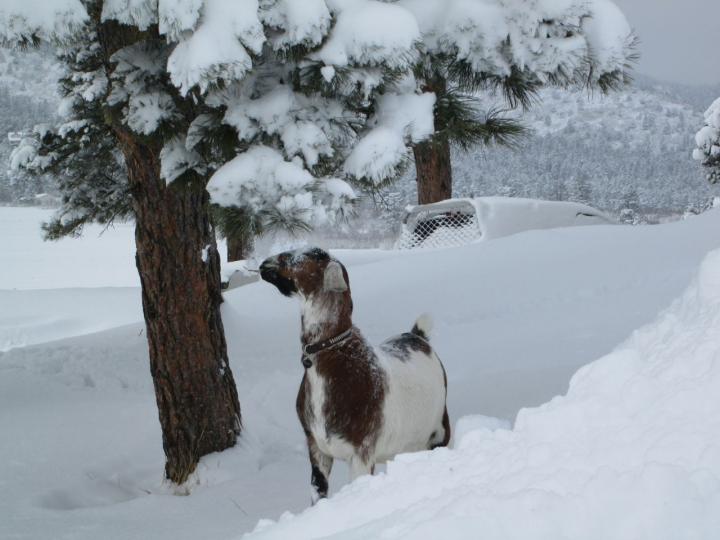 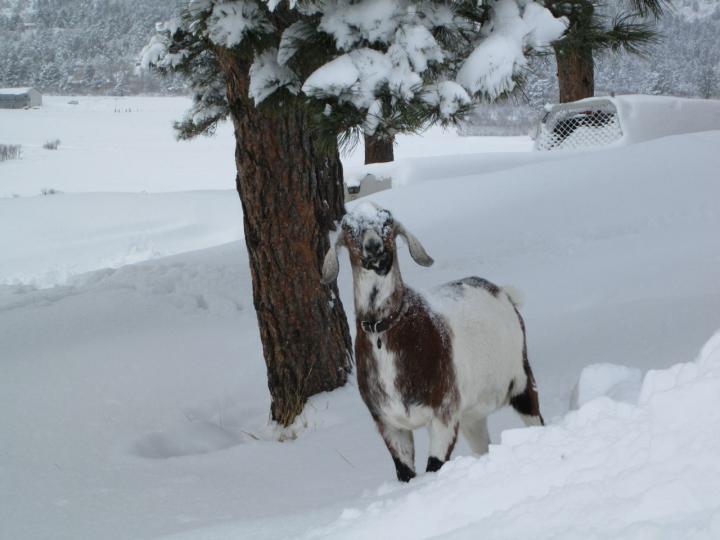 Sputnik decided to get in on a little tree action too. 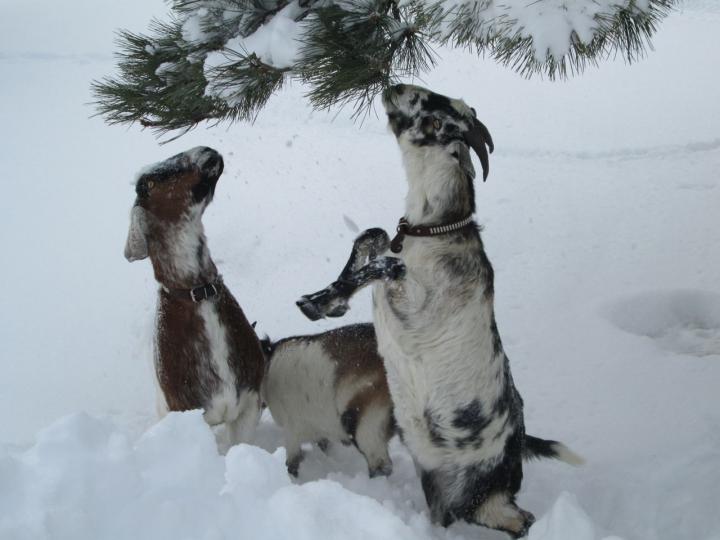 Finn tried to climb up and play “King of the Bank”, but ended up just breaking a path through instead. I guess it wasn’t all that packed. 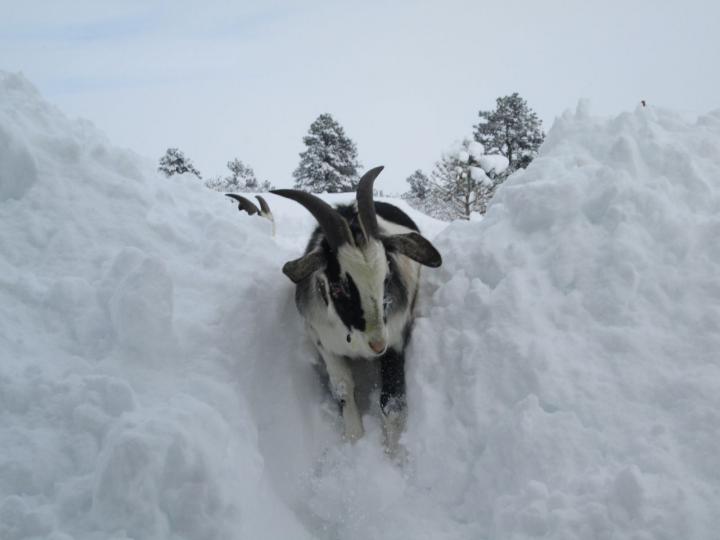 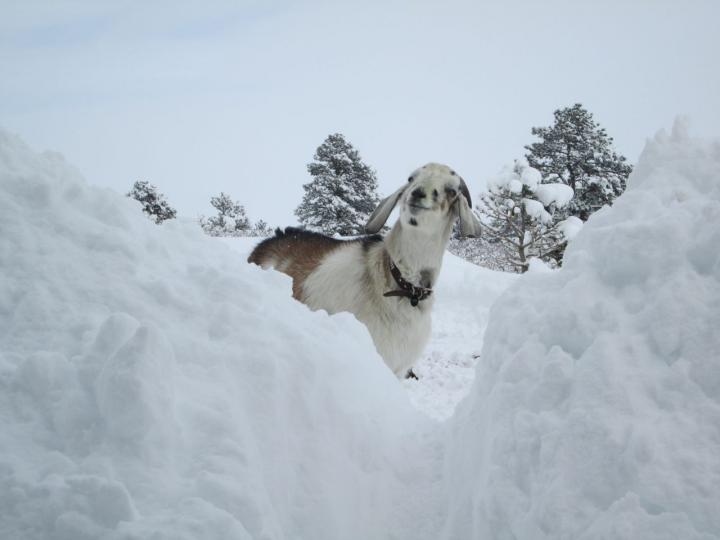 My horse trough is buried to the top… 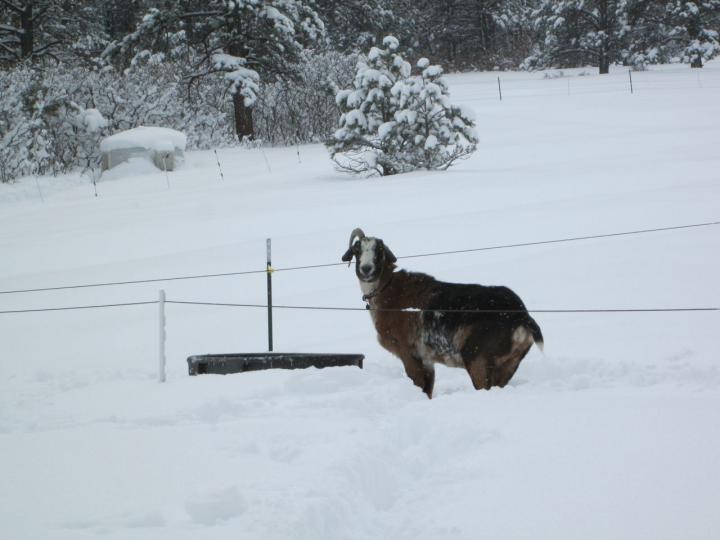 …and our goat castle looks more like a Super Mario Bros. world with the way the snow has made mushrooms out of our spools. 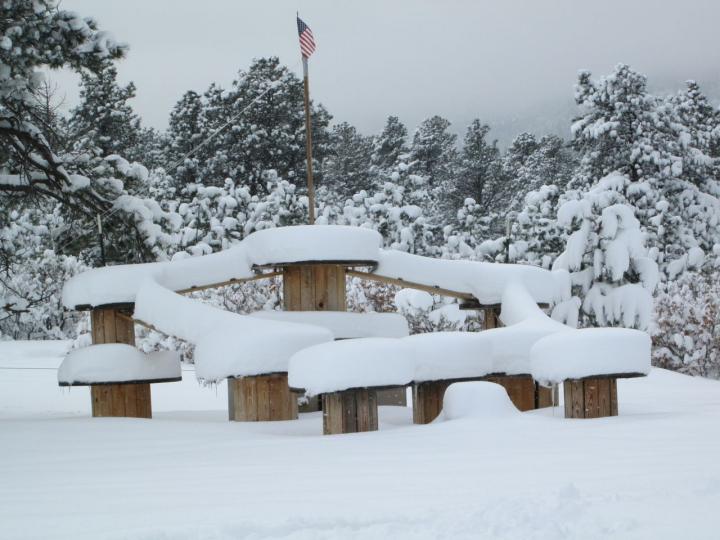 I tried to get the boys to follow me out to the goat castle so we could knock the snow off. They got to the deep powder and this is as far as they ventured. 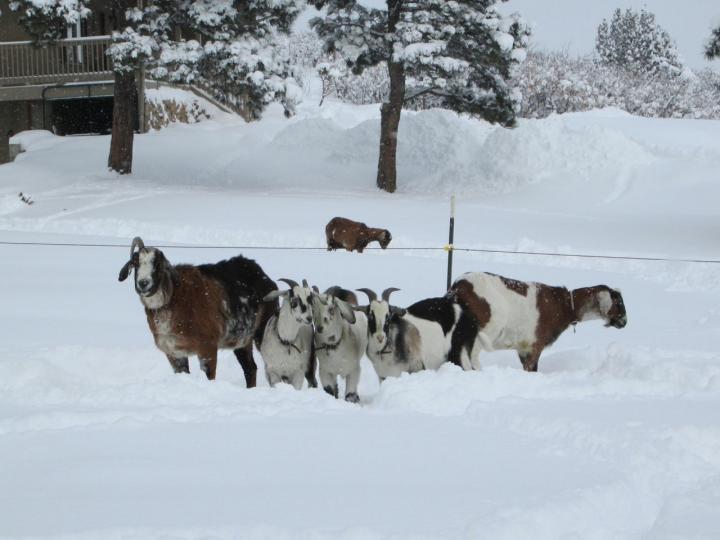 Jezebel and Delilah made it no further than the snowbank. 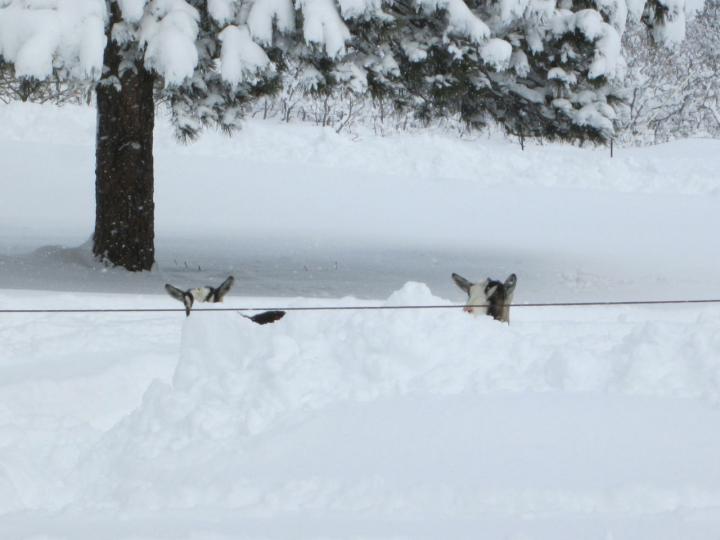 Pac-Man towers over Nubbin now. She was bigger than him this time last year, and they were such lovers back then. Pac-Man still likes Nubbin, but she got over him a long time ago. 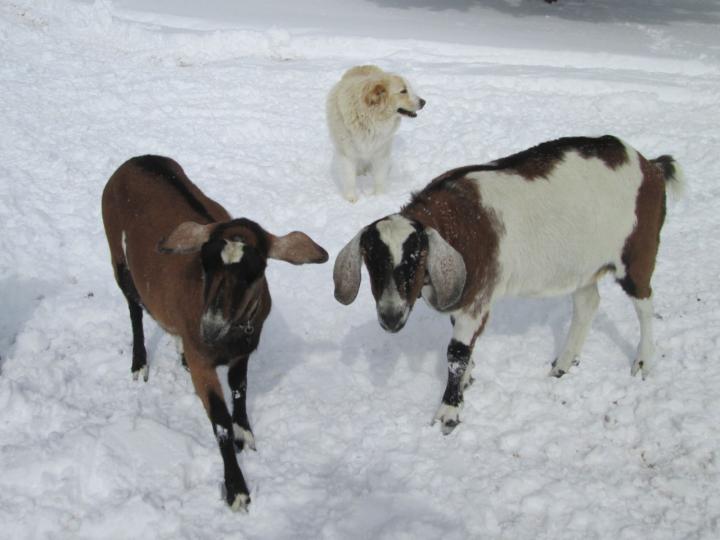 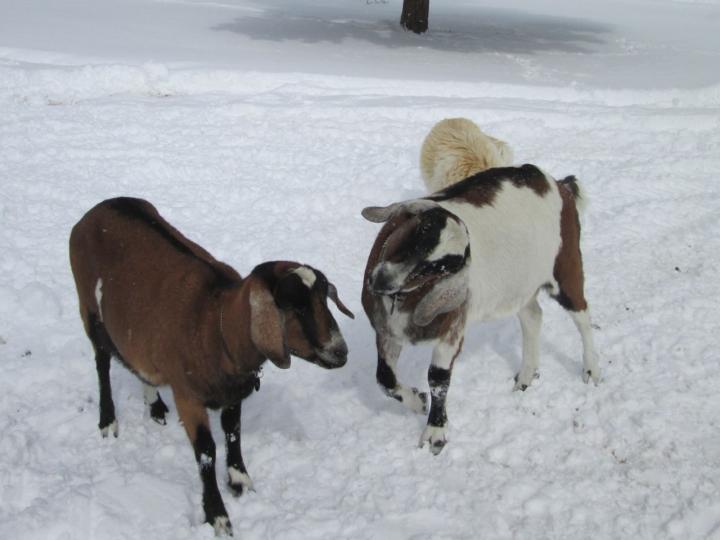 These two are buds. 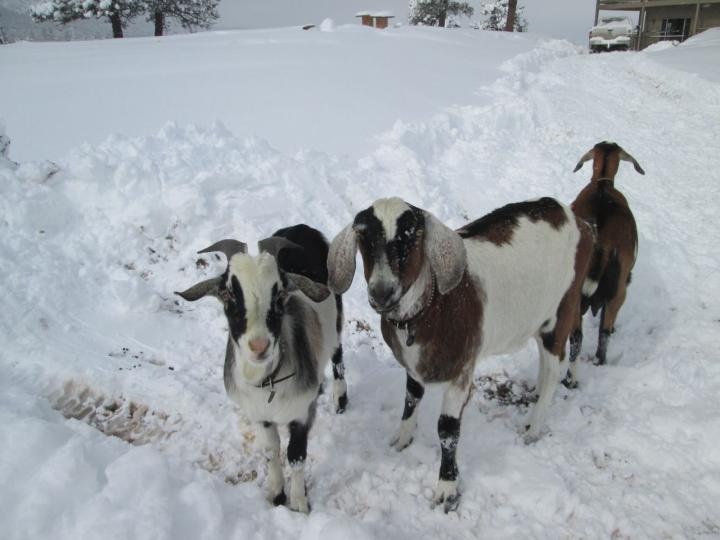