Saturday night was a real treat. There were only a few items not purchased in the store which had to be auctioned. Several of these items ended up fetching more at action than their original asking price! I ended up with the entire left-over stash of homemade goat cookies that Cuzco was so fond of. Afterwards, John Mionczynski told the fascinating story of how he got into goat packing and showed us his first packsaddle which he fashioned himself from a couple of barn boards and a shovel handle. He also brought several other examples of early packsaddles and panniers and treated us to “goat songs” he composed on his old Swiss squeezebox. I brought Cuzco to the campfire so he could enjoy the music with us. Phil also jumped in on his fiddle and it was quite a treat.

All things must come to an end and it would have been sad to pack up on Sunday morning except for the fact that Phil and I were looking forward to a visit with Herb (aka Charlie Horse) on our way home. He had been unable to attend the Rendy, but we arranged to stay with him Sunday night as we traveled through Salt Lake City. Herb has a bunch of goats, some of whom we met at the 2013 Rendy. But before we left, Phil had a fight with a tavern puzzle… er, tangled strap tie. 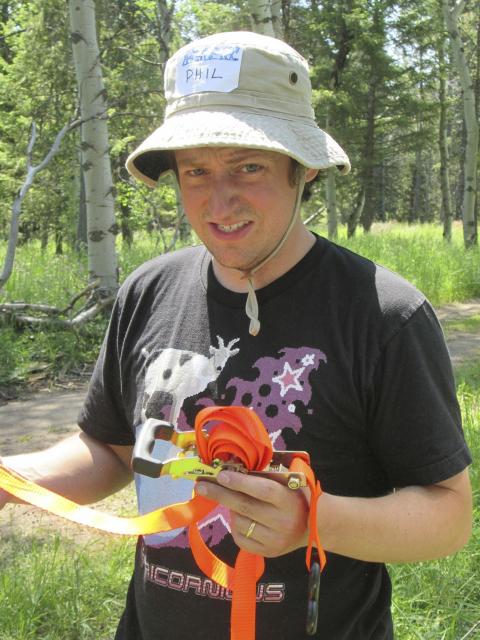 Herb has a great goat shed that the goats can climb on top of. Check out the triple-goat action here! 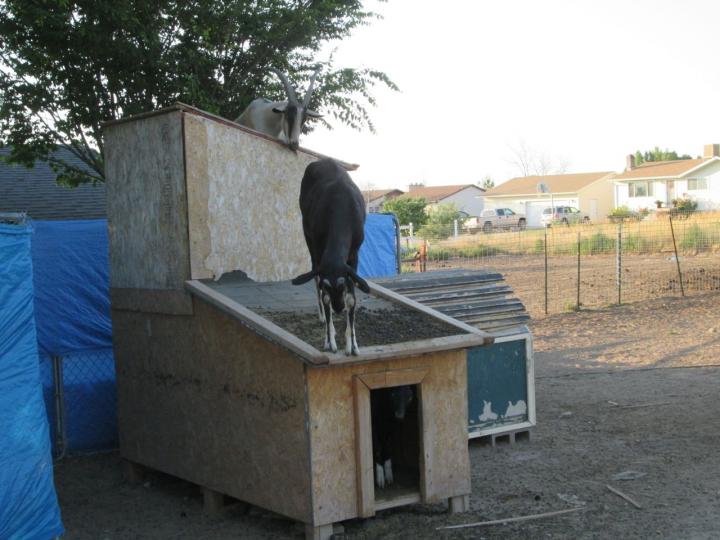 Bacchus was the clear king of the shed roof… 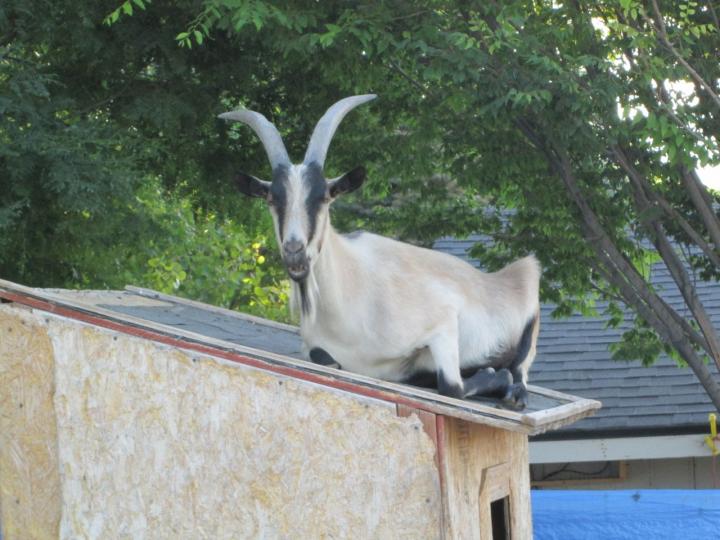 …and he viciously defended it against all invaders both real and perceived. 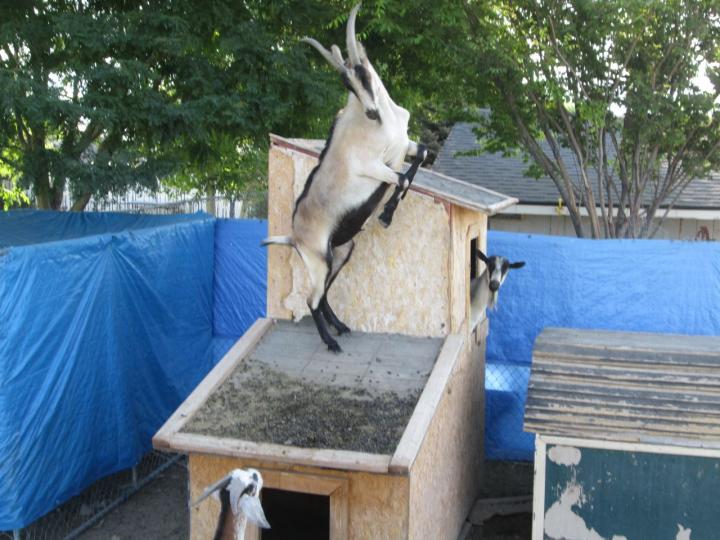