Nubbin left her babies in the shed and went to graze in the paddock last night, and since I couldn’t bear the thought of these sweet babies alone in a cold, dark world (or even a warm, dark shed), I put them in a box and brought them in the house to watch a movie with Phil and I. It’s soooo nice not to have to fight over who gets to hold the baby goat! I held Sledge and he held Hammer and we were all very cozy and content. It was a good movie too–Night Train to Munich. Gotta start these kids off right! 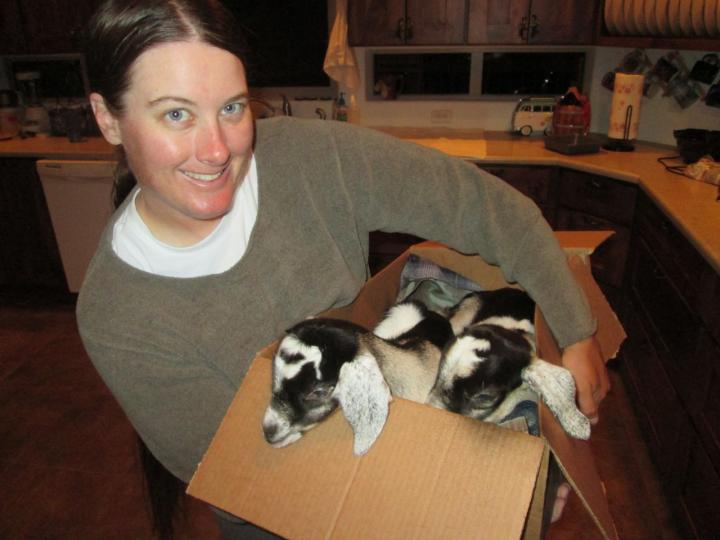 So you may be thinking, why “Sledge” and “Hammer”? Well, have any of you ever watched this show?

We’ve been watching it lately and, yeah, it’s awesome.

Personally, I’m not too attached to the names “Sledge” and “Hammer,” but since Phil has been threatening since last year to name Nubbin’s babies “Tubbin” and “Blubbin,” I’m actually thrilled that he picked these other names instead. Phil says it’s because they’re two boys, and he’d only name them Tubbin and Blubbin if it was a girl and a boy. I have a silly husband. 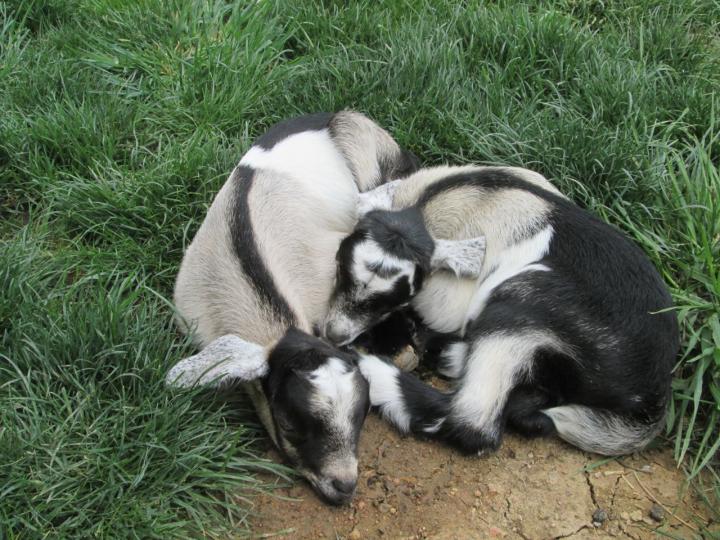 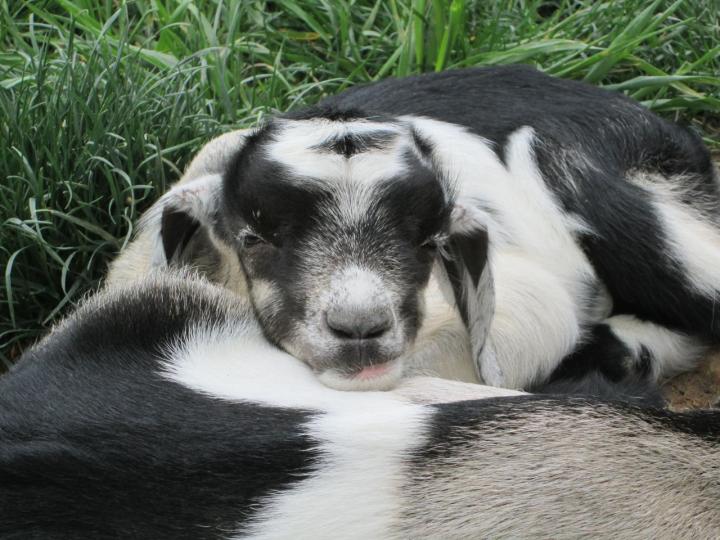 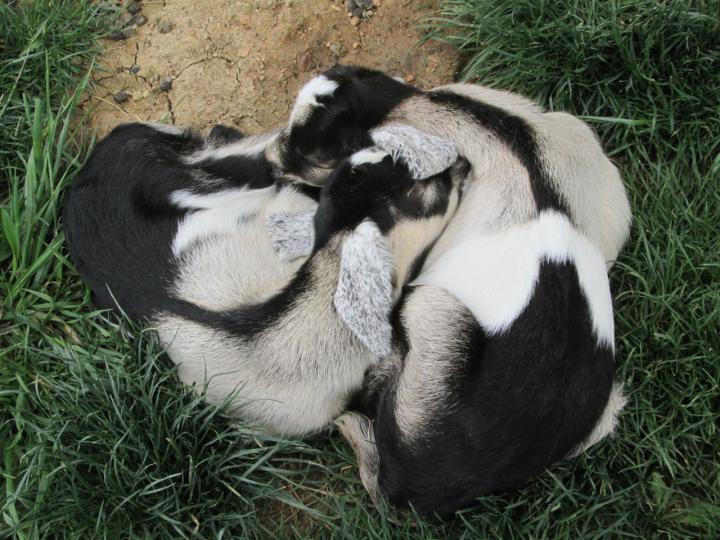