We decided that our second day in Arkansas would be our “Big Day”. I had read about “Goat Trail” and obviously had to take our packgoats there. It looked like there were several other interesting trails that connected to the same area and I chose about a 10-12 mile route. We woke up to a cloudy day wrapped in fog so we wore warm layers and packed rain gear on the goats. It ended up being the perfect weather for what turned out to be a 15 mile hike. It was comfortably cool and the flies and other biting insects mostly stayed in hiding. 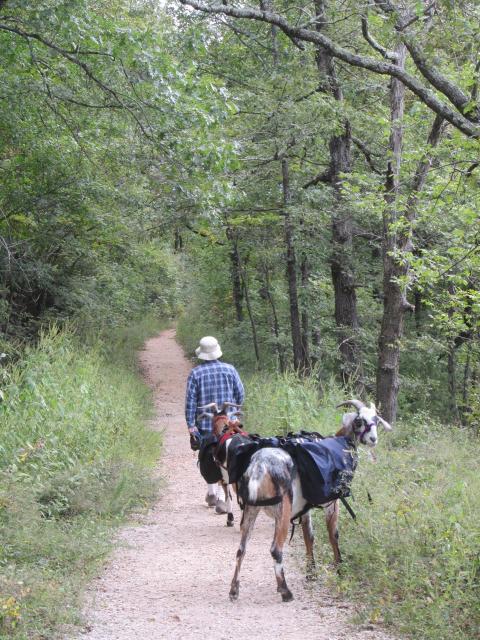 Other insects, however, were not so dissuaded by the cool temperatures. We found this fellow moseying across the trail. I moved him off it after we took the picture because he blended in too well with his surroundings and I didn’t want him to get crunched. 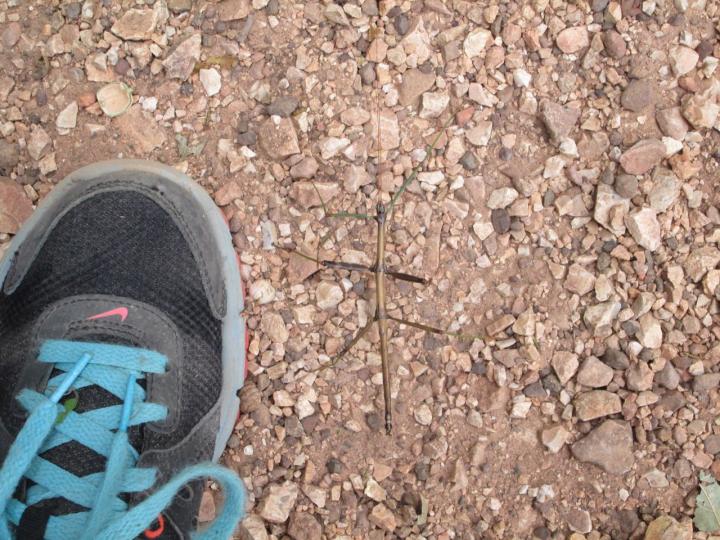 Our second lesson about Arkansas (the first was about burrs if you remember) is that it is covered in spiders. They’re not mean, biting spiders and they’re kind of neat to look at, but they are everywhere and they build webs across all the trails so the person walking in front feels like he’s in an Indiana Jones movie. Phil, being our fearless leader, spent the whole day wearing and inadvertently eating spider webs. By our last day in Arkansas he had figured out the trick of waving a stick in front as he walked, which eliminated most of the problem. 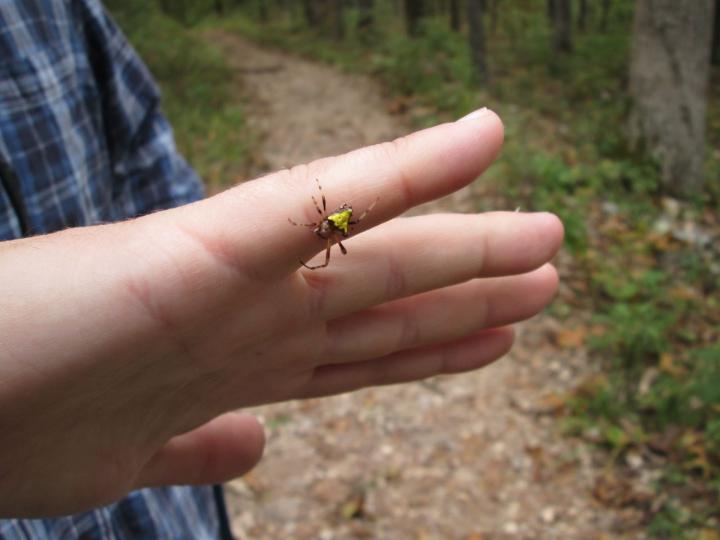 Goat Trail to Big Bluff: How can you take packgoats to Ponca, Arkansas and NOT take this little detour. 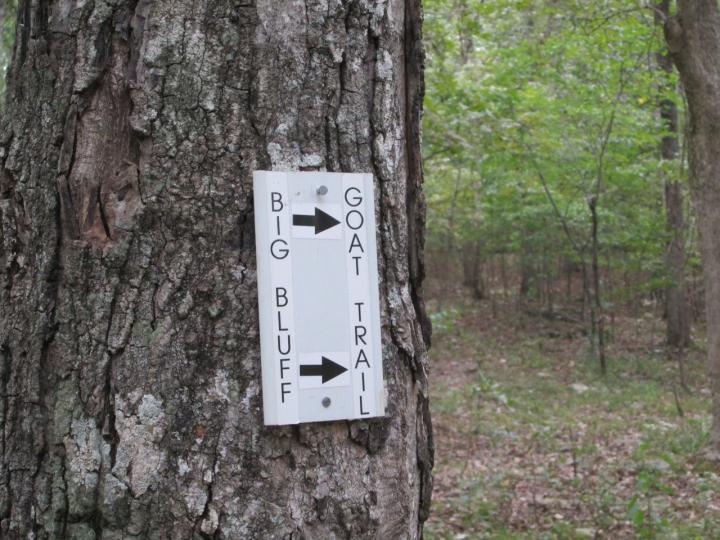 Not far down the trail, the terrain took on a drastically different look and began to remind me of Utah but with a lot more trees. 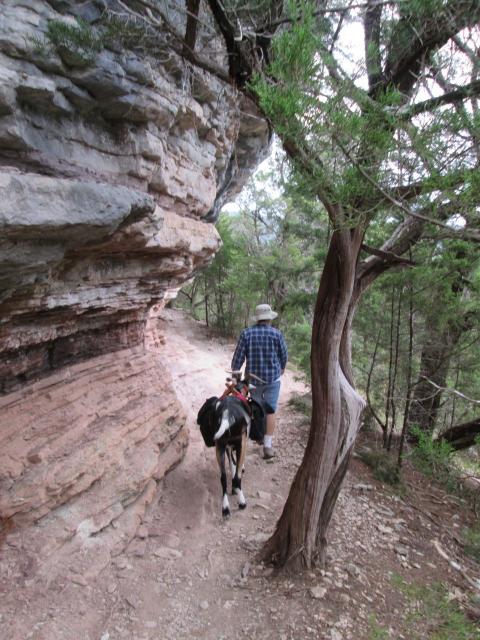 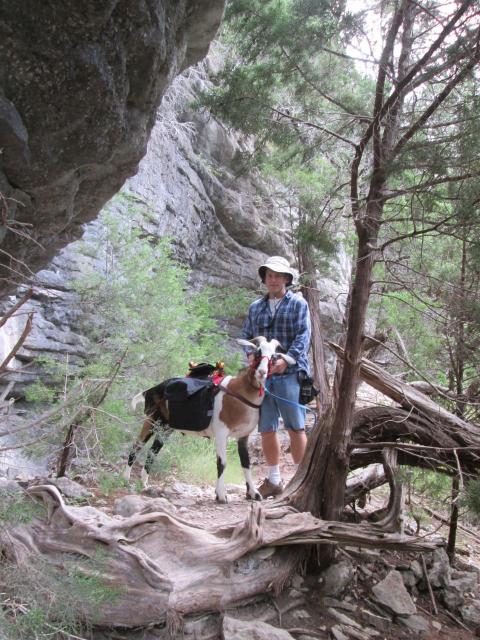 This may have been our favorite part of the trail so I’m going to post too many pictures of it. The trail passes along a narrow shelf of rock overlooking the Buffalo River. 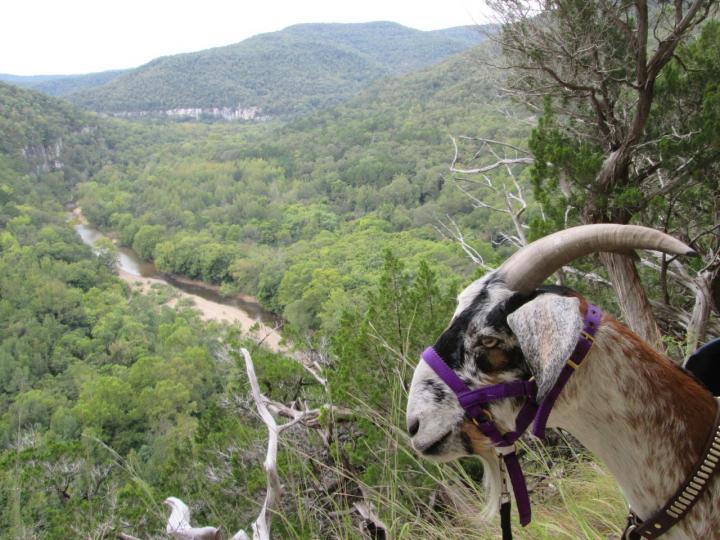 It’s a long drop so we took the precaution of keeping our goats leashed (except for the part where Sputnik got away while I was fiddling with the camera). 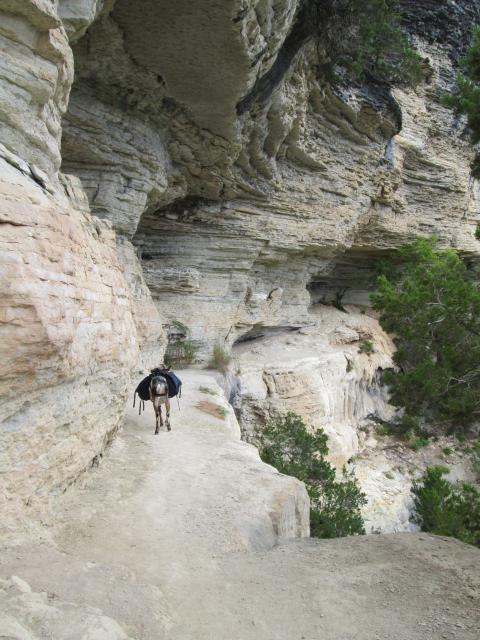 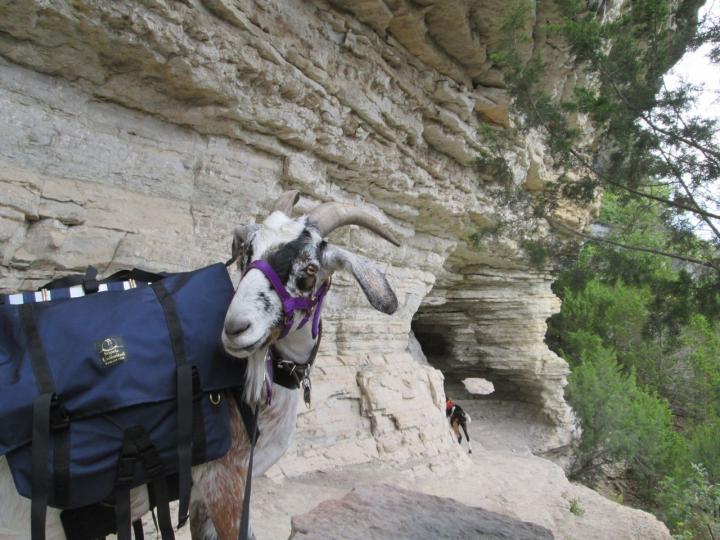 I loved this little window. 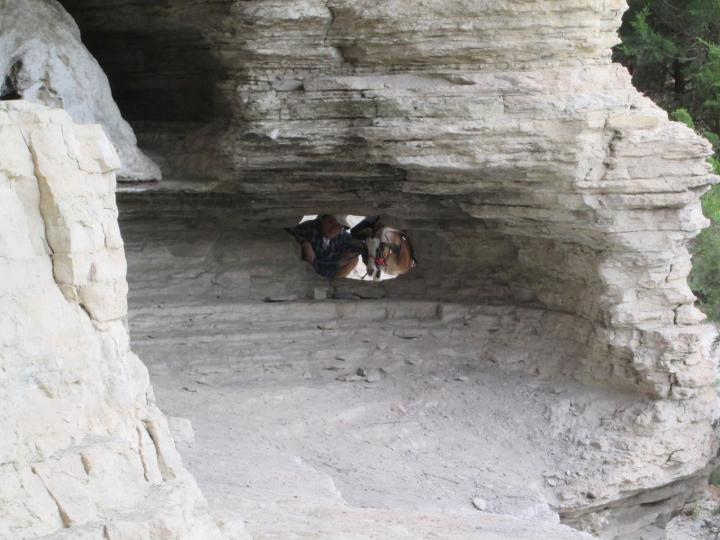 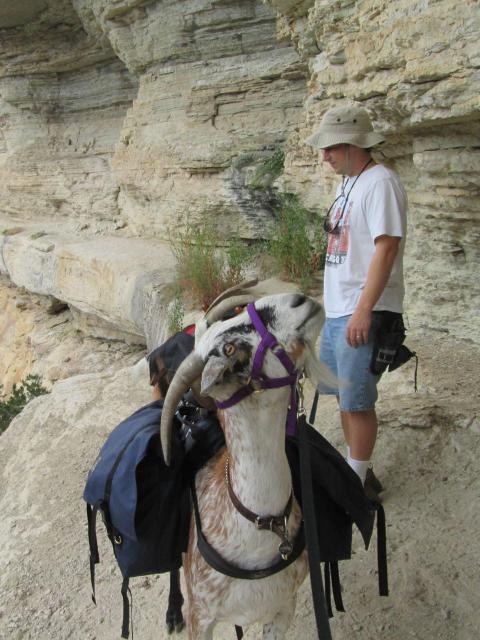 The trees on the cliff gave you a false sense of feeling like it wasn’t a high bluff, but it’s a good 350-foot drop. It’s not straight down–you’d bounce a few times before you hit the bottom. 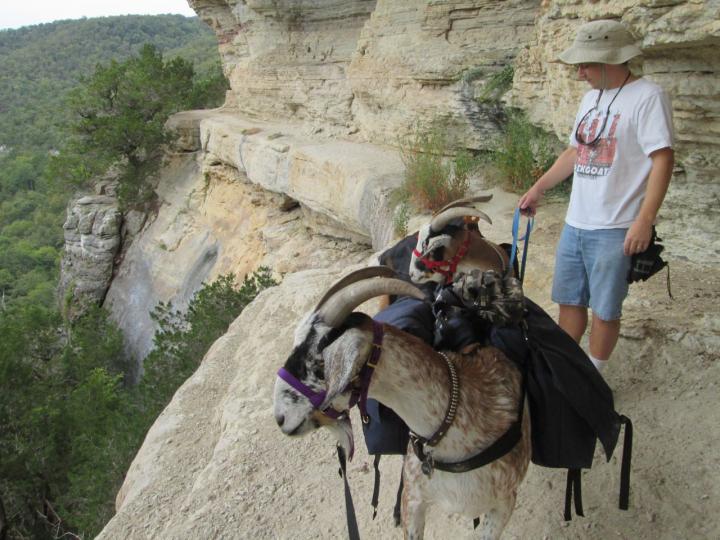 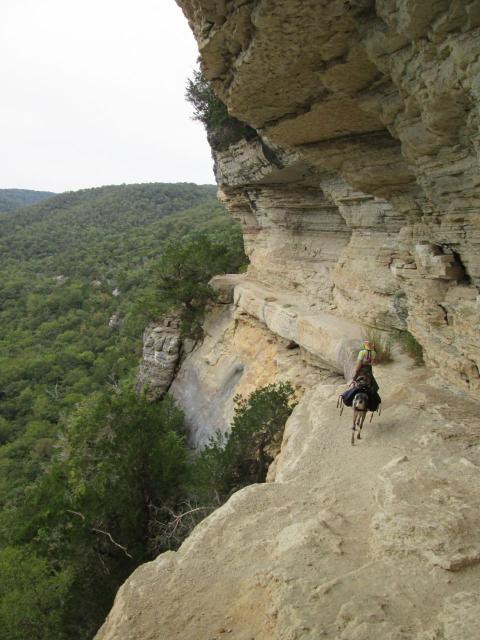