It got pretty cold last night and poor Pac-Man was shivering by himself in the little Dogloo because Cuzco won’t let him share the big shed no matter how much he begs. I piled straw underneath and inside, covered it with some pieces from an old horse blanket, and banked snow around the outside for extra insulation.

It reminded me of a cold night long ago–almost exactly 11 years ago to the day–when Cuzco was the exact same age as Pac-Man (did I mention that those two share the same April Fool’s birthday??) when Phil and I took him on a road trip with us to visit Phil’s relatives in Stowe, VT. It was -17 degrees when evening fell and they had no shed where we could put Cuzco. So Phil and I built him an igloo! 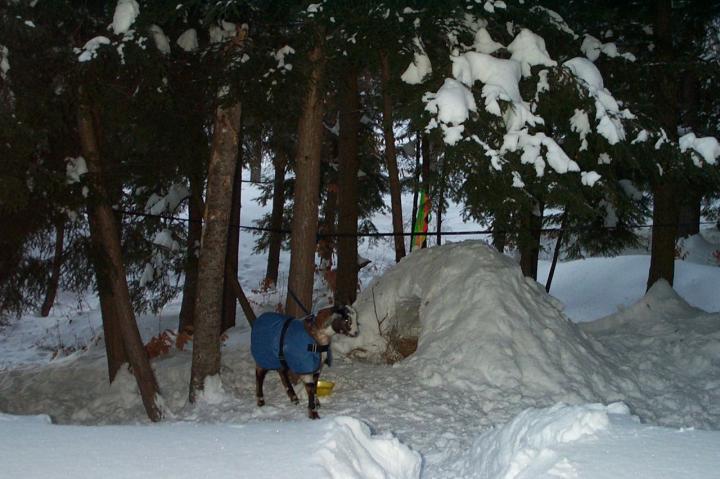 I was quite proud of the result, and Phil’s uncle Steve gave us some flags left over from a car rally to decorate it. 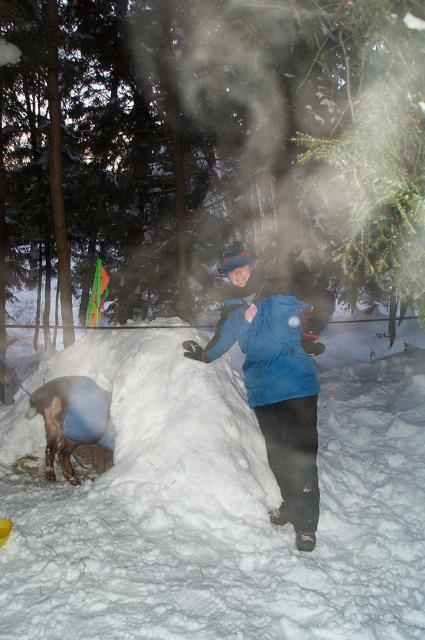 Cuzco wasn’t too sure about this strange shelter at first and would only put his head inside to snatch hay, but as the night deepened and the cold grew worse, he crawled right inside and curled up on his cozy bed. 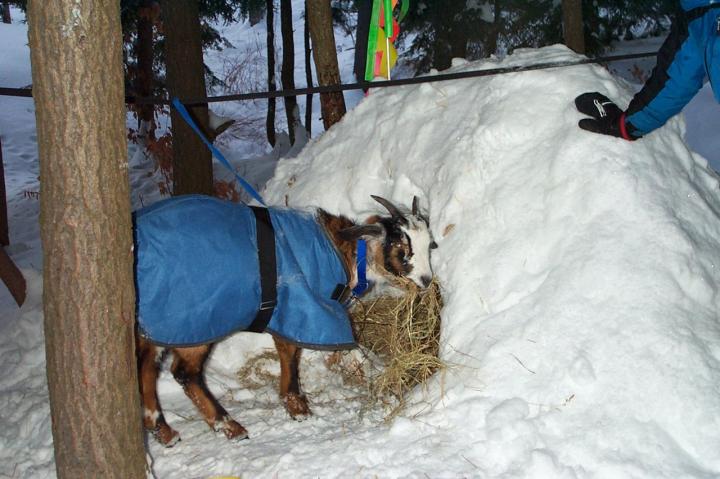