I can’t believe it’s already been a month since we took these photos, shortly after we got home from the Rendy. The baby goats are starting to skip the “baby goat rock” now. I guess they’re getting too grown up for these kinds of antics, and the baby goat rock seems small and mundane to them now that they’re “mature”. 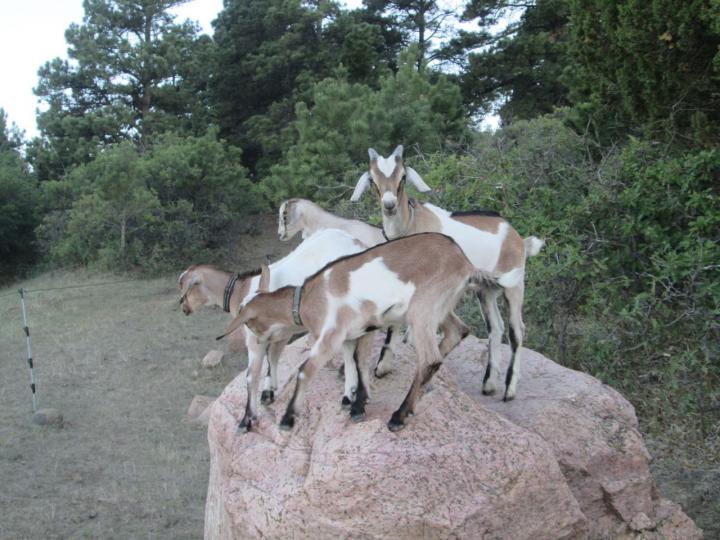 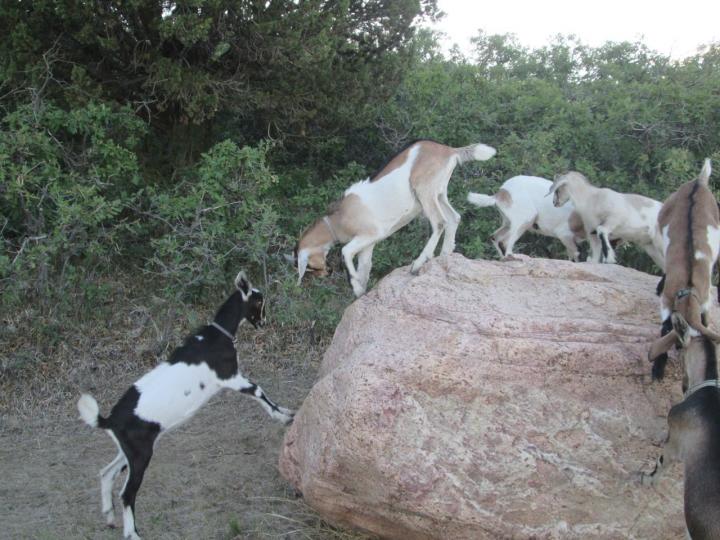 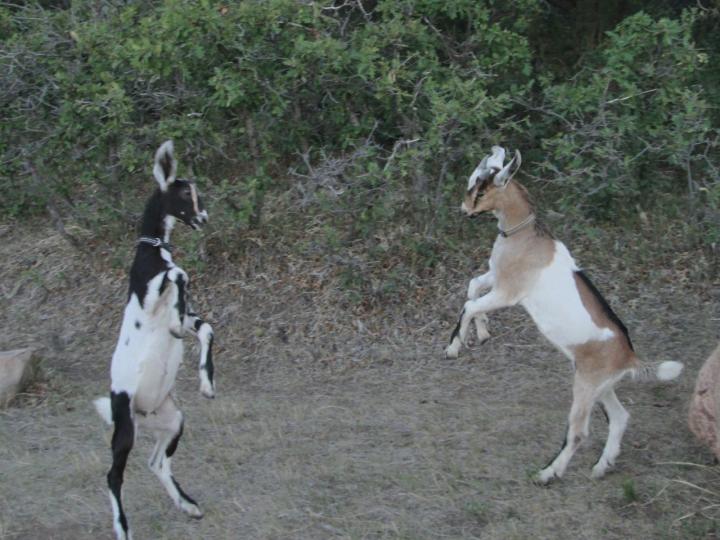 A few days later we were smelling smoke from the “Spring Fire” on our daily walks. I was originally thinking about joining my family for a big 4th of July get-together down in Texas this year, but the extremely dry conditions had me too nervous to leave home. I notified my relatives that I would not be attending, and the very next day we saw flames and smoke from the Spring Fire, which exploded in size over the following week of hot, dry, windy conditions. Several other small fires started in our vicinity during that week, and though they were promptly extinguished, I felt like we could easily be under evacuation orders at a moment’s notice. It was a good year to stick close to the critters. 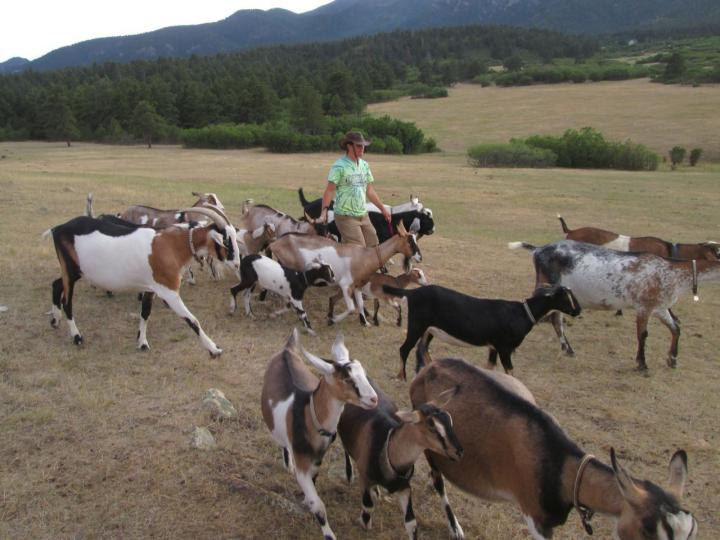 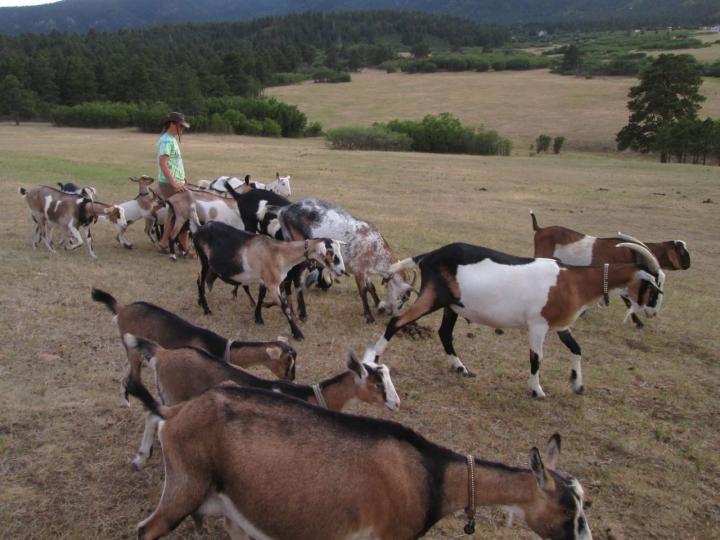 Dear Prudence… she certainly did “come out to play” starting in early July. She and Honey Pie are my shy girls. I hadn’t spent enough time socializing them, and then we left for a solid week in June so they were not quite as outgoing as most of our kids. But we came home from Rendy and suddenly she decided that the best game in the world was to jump her front feet on a person’s backside. For about two weeks, Phil and I spent each walk getting pummeled from behind by her little front hooves. She would also walk and leap along on her hind legs behind either Phil or I, not quite touching us but keeping very close and perfectly upright. It was hilarious! And then the phase passed as suddenly as it began. . 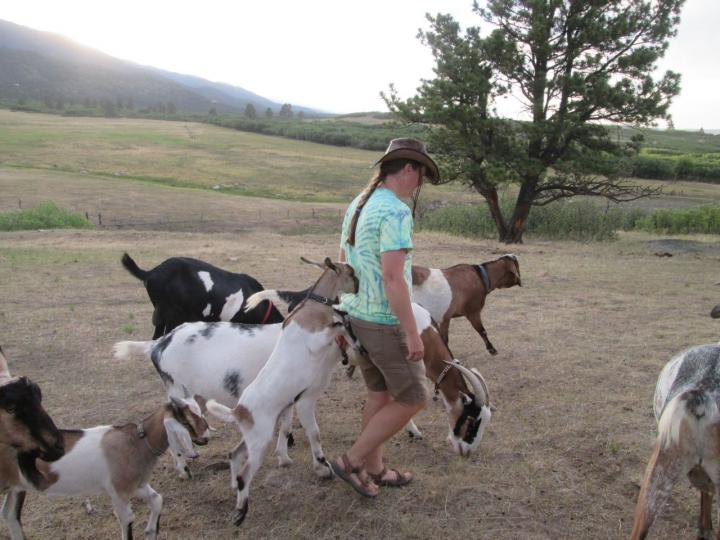 The wildfire made the sky strange and the light eerie on July 3rd. The air had a pungent tang and black and white ashes fluttered around us as we walked. But the goats didn’t seem to mind. 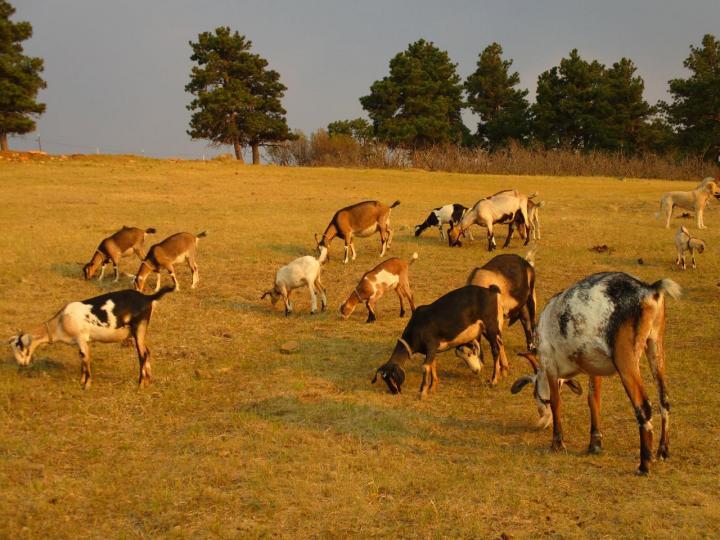 I caught Prudie in the act of jumping up on my bottom so I turned around and grabbed those naughty little front feet. She knew she wasn’t in trouble. She’s way to cute to be in trouble! 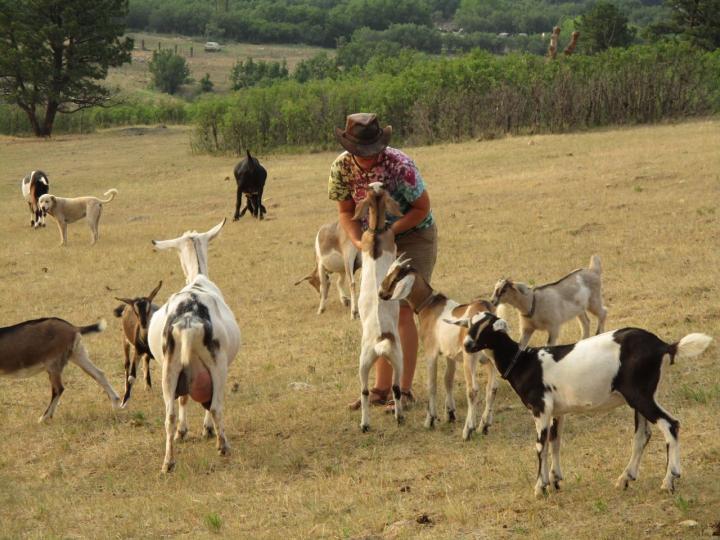 Then everyone else wanted up, but little Sarge was the only one small enough for me to still hold. 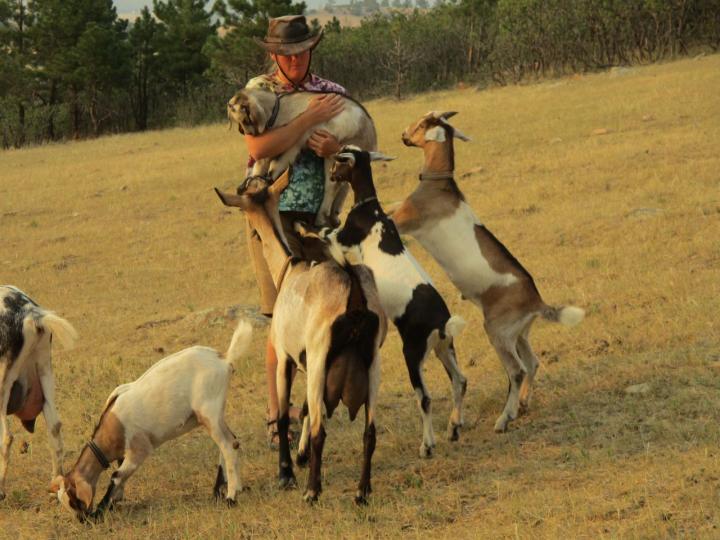 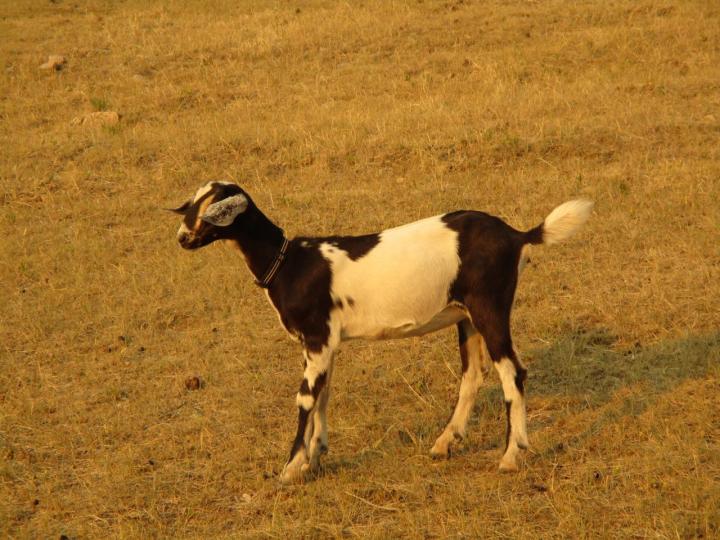 Max and Sgt. Pepper have become great little buddies. Max towers over little Sarge, but Sarge doesn’t seem to realize he’s tiny, and Max never uses his size advantage to push the little guy around. Max is a rough-and-tumble goat who plays hard and irritates all the adult goats, but he’s got a heart of gold and is very gentle with all the babies that are smaller than him. 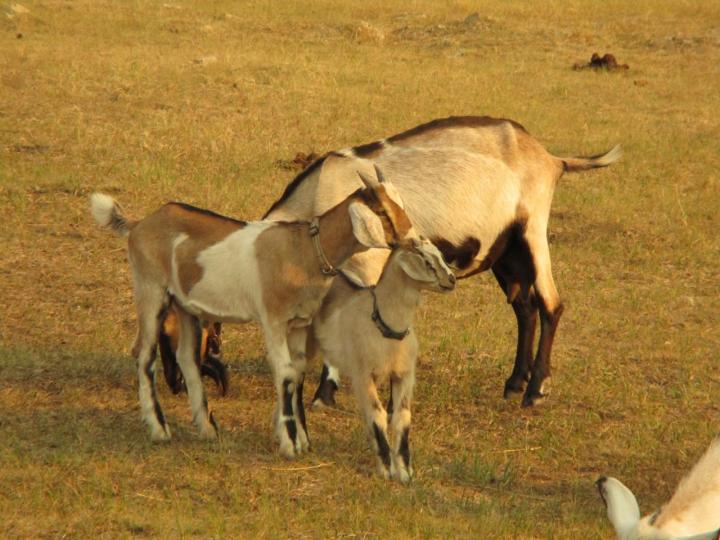 Sarge is a total fuzz-bomb! His coat is as fine and soft as dandelion fluff, and sticks up about the same way. 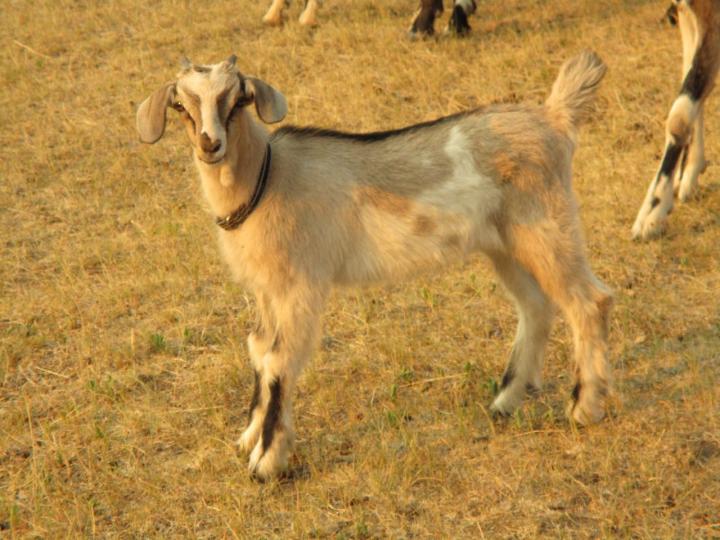 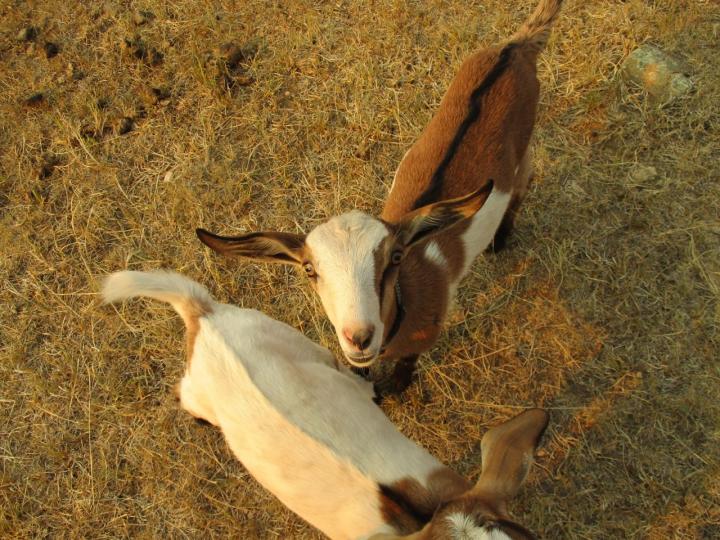 My herd sires. These guys are such good buddies. 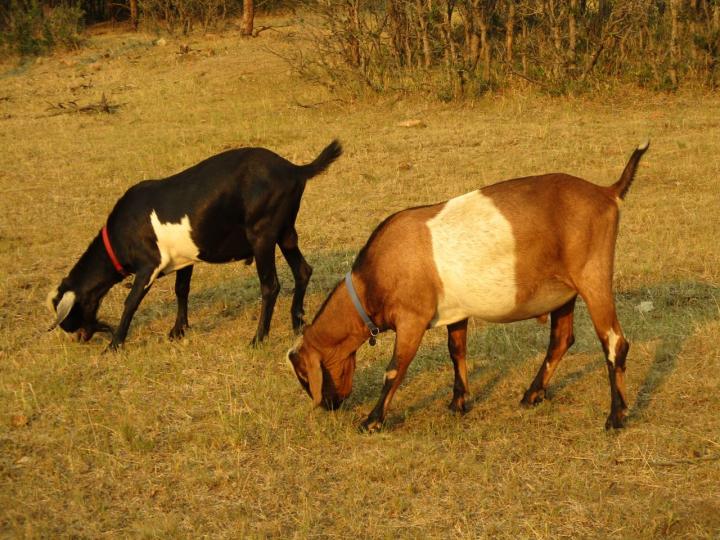 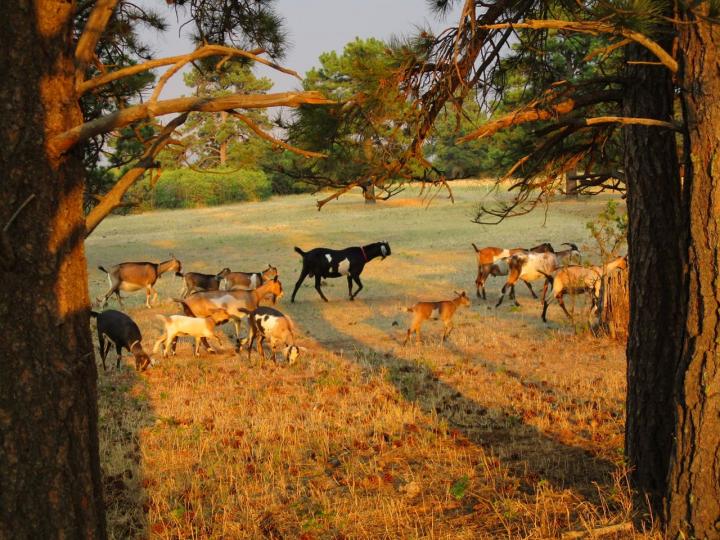 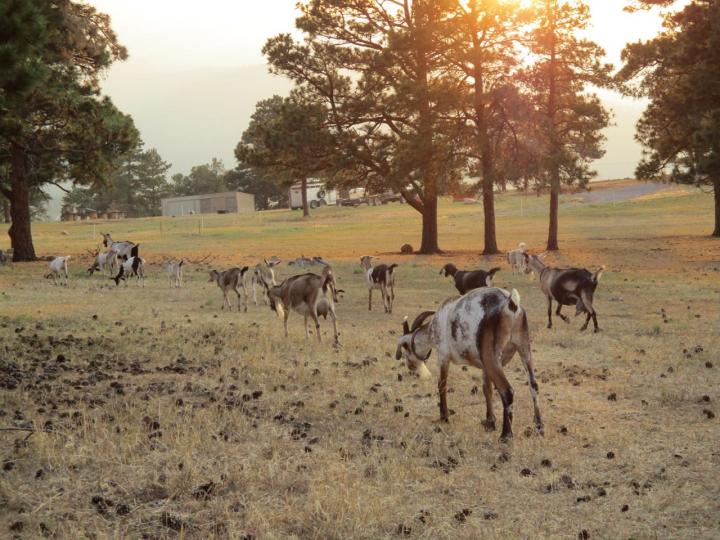 2 thoughts on “The ones I never posted”