I was so excited about driving our team in the upcoming 4th of July parade in Westcliffe that I hardly slept a wink all night, and much like Christmas, it did not disappoint but even surpassed my anticipatory expectations. The boys were clipped on Sunday afternoon between chilly rainstorms, but by the time the weather cleared it was much too late to give baths. So I was up bright and early this morning to get them bathed and Show Sheened before the parade. I was afraid Sputnik would spend all 4th of July hating me after his first clip and bath, but he actually did quite well and seemed to enjoy having the water sprayed in his face. He kept slurping at it. This skittish little guy has sure come a long way!

Finn looked amazing today. He’s never been clipped and bathed before and the white in his coat was a blinding contrast to the glittering black on his hindquarters. And his black hindquarters did literally glitter. His hair has a very slight crimp to it that caught and reflected the sunshine. I’ve never been so proud of my boys. They were real head-turners and they got a lot of nice compliments today.

The boys were nervous about all the noise and excitement and crowds, but there were no stops or spooks and I didn’t once have to run to their heads to help Phil handle them. He drove them by himself the whole time while I walked behind the wagon throwing candy to the kids. The wagon is the perfect size for stowing a five-gallon horse bucket of candy behind the driver’s seat. I was so busy tossing candy every which way that I hardly got to watch how the boys went, but I know they didn’t stop even once. Phil drove them quite expertly so that we didn’t have to start and stop the way we usually do in parades. He kept them a good distance from the people ahead of us, and he’d slow their walk if he saw the parade stop, then speed it up a little to close the gap if necessary. There was a loud Camaro behind us and it never bothered the boys to hear it revved. Phil did have to continually encourage them to keep walking once we got among the noisy crowds, but they never balked or tried to turn back.

The goats were perfect, but I had a near-disaster. We were in the thickest part of the crowd and I was running frantically back and forth so as not to skip any candy-craving kids and I didn’t even see the massive horse pile under my nose. I felt my foot hit something soft and heavy and I pitched face-forward right toward the splattering wet mess I’d just kicked in front of me. There was a brief second of panic before my second foot caught up and saved me before I actually made contact. The crowd was cheering, but not nearly as loud as I know they would have if I’d actually fallen face-first into horse poop. Thankfully my shoe was the only casualty. Gee, I like goats! They poop in neat, dry little pellets.

So without further ado, here are a few photos. 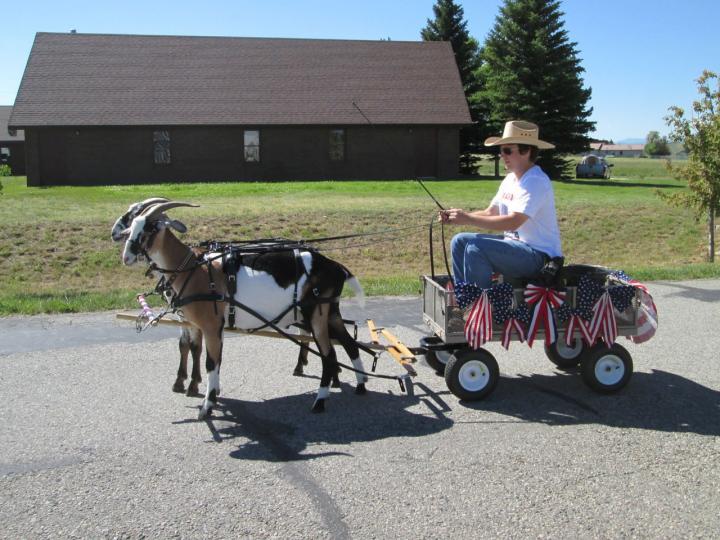 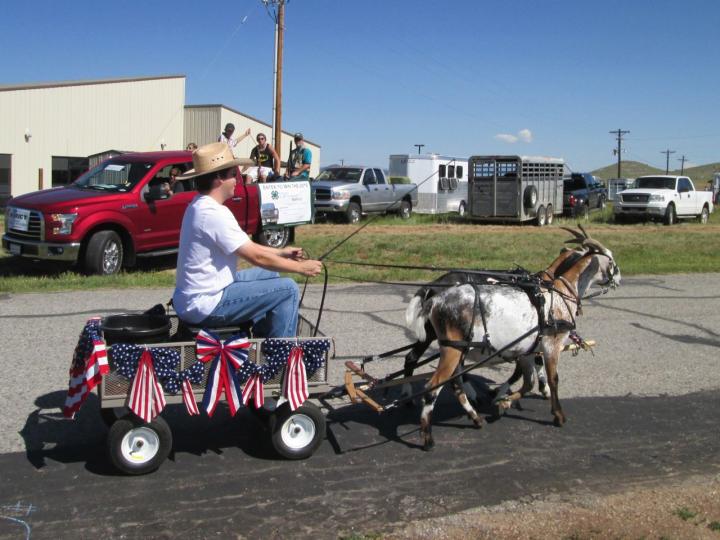 Heading toward the crowd… 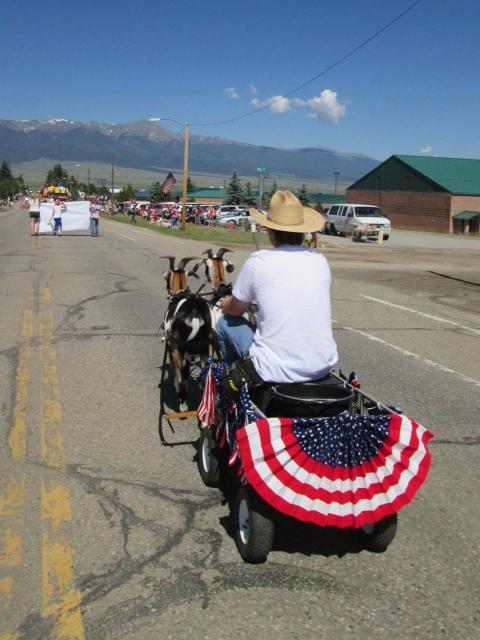 One nice thing about this parade is it’s all downhill. It’s not steep, so the boys didn’t have to hold the wagon back, but it made the pull very easy for them. 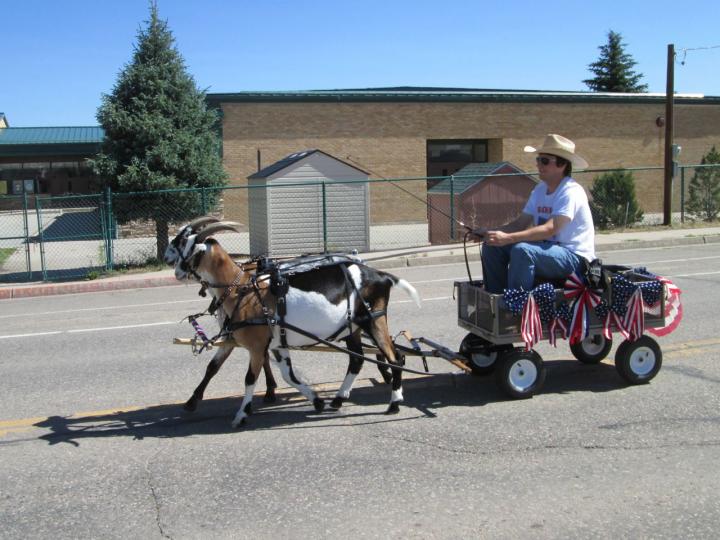 After the parade we went to my parents’ place and had a 4th of July picnic while the goats lounged in the shade of some scrub oak trees. Afterwards we hitched them up again and took my nephews and nieces for a ride. Sputnik was not at all thrilled about having to return to work, and I kept having to nag at him to keep up and not drag me toward the truck, but he got through it and the kids were delighted. 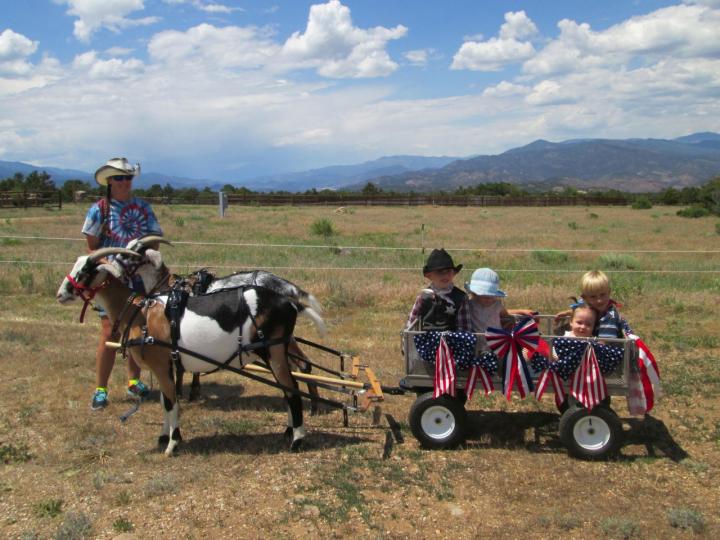