The drive and hike up Greenhorn Mountain were so beautiful last week that we had to do it again yesterday when we knew the aspen leaves would be at their peak. This time Phil and I had company! The couple who bought Snickers, Sledge, and Hammer from us last month also came on this hike. The weather was fabulous once again, and even up top the wind was not too bad. 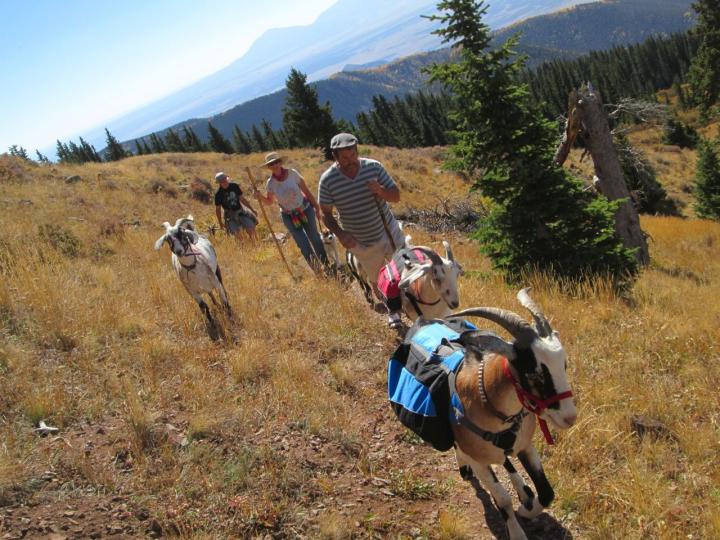 James has made good friends with Snickers and had him carrying a small dog pack with lunch and water for our trip. We all lamented the shortcomings of dog packs, but they are better than nothing. James is unable to carry any pack at all, so having a goat that can carry even a few things for him is the only way he can get into the mountains. 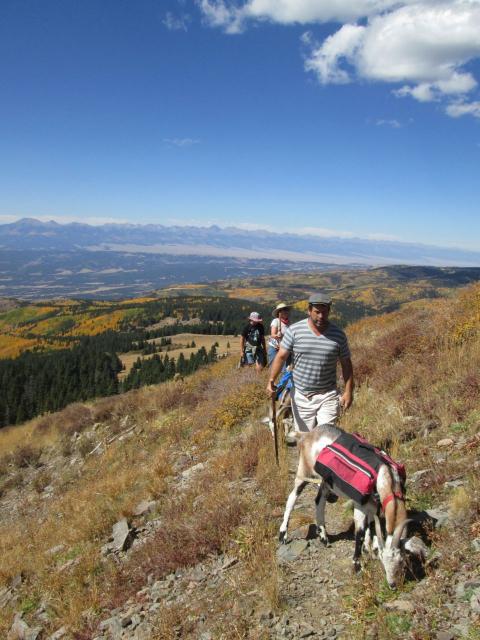 Sledge came along on our hike too (Hammer is on the verge of losing his manhood and had to stay home for this trip until that issue is resolved). Sledge carried James’ fanny pack around his neck for almost the entire hike. I thought it was hilarious. He’s still a love bug and wants to sit in Deirdre’s lap at every opportunity. 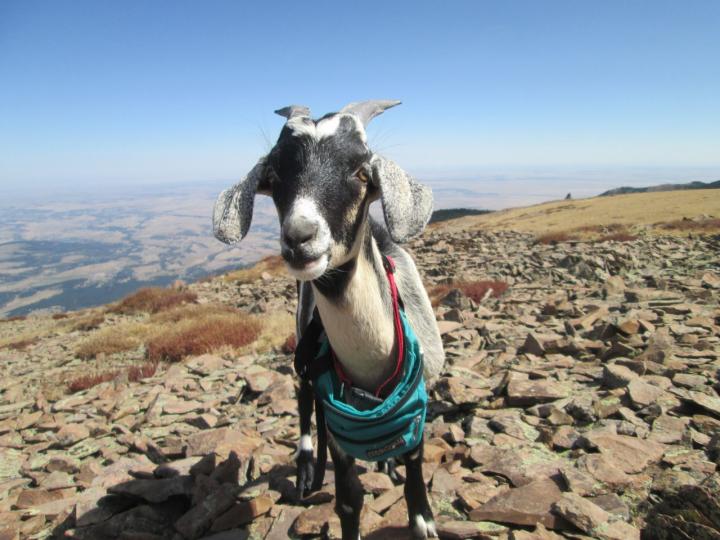 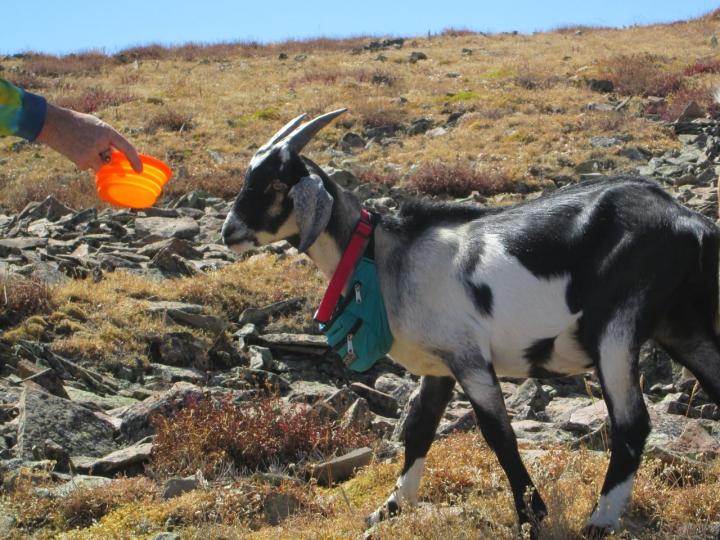 The big boys all remembered each other, and Snickers immediately went about putting Sputnik in his place, right after Finn put Snickers in his place. Old pecking orders die hard! Sputnik cried for his brother for a few minutes when we all went home, but the tears did not last long. I think they are both secretly glad to be rid of the competition. 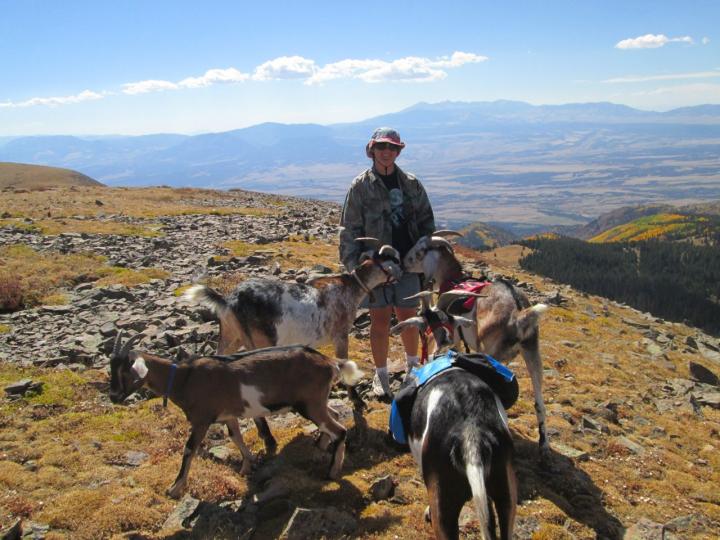 James leads the troupe of young packgoats back down the trail. James’ and Deirdre’s other little baby packgoat, Frodo, brings up the rear. He is also an Alpine/Nubian cross and is as sweet as he can be. 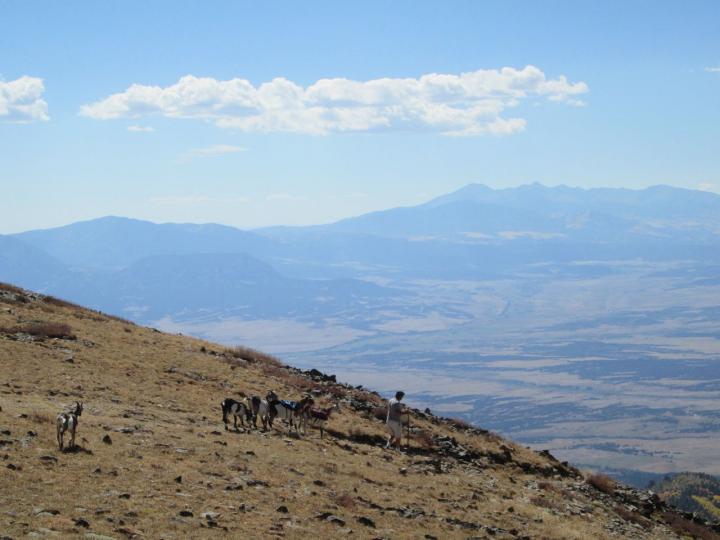 Deirdre and I stopped to chat and take in the view before heading down the trail after the boys. A few minutes later, we heard worried baa-aa-ing and Finn poked his head around the hilltop. He was upset we weren’t with the herd and had left the others to come back up the trail to check on us, which we found very touching. I like a goat that looks after his humans. 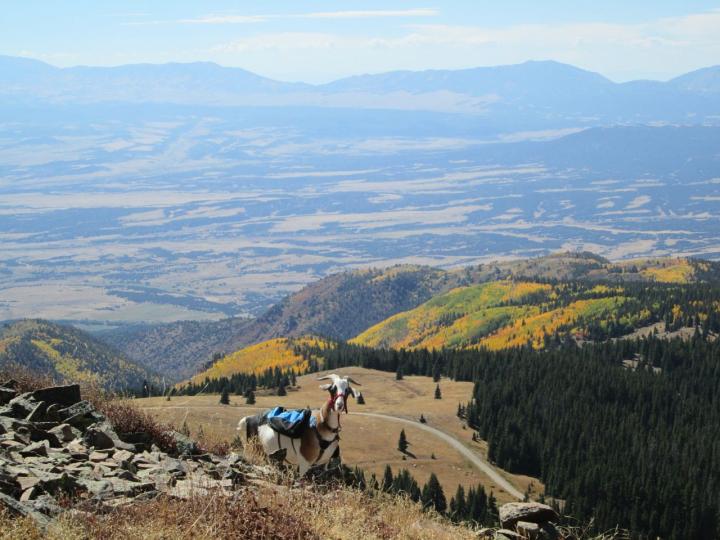 1 thought on “Greenhorn Mountain 2: Return of the Packgoats”