Last Friday, Phil and I loaded Pac-Man down with a chainsaw and headed for the woods! There’s an old trail long overgrown that a friend and I like to ride horses on, but the deadfall has made it almost unnavigable. This was Pac-Man’s first time out with a real load on his back (not much more than 20 lbs., but for a big pasture-potato like him it was a big deal). 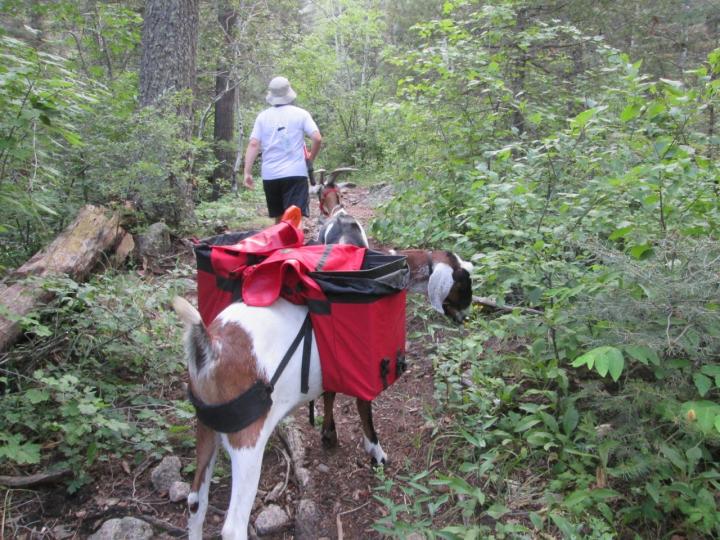 Finn came along too just for fun and because I want him to get used to the sound of the chainsaw. 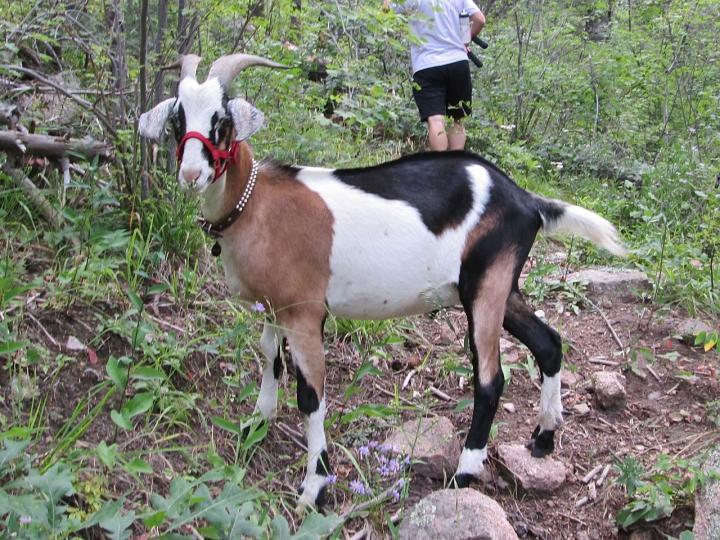 Phil and the boys trimmed the overgrown saplings–they’re very good at it. 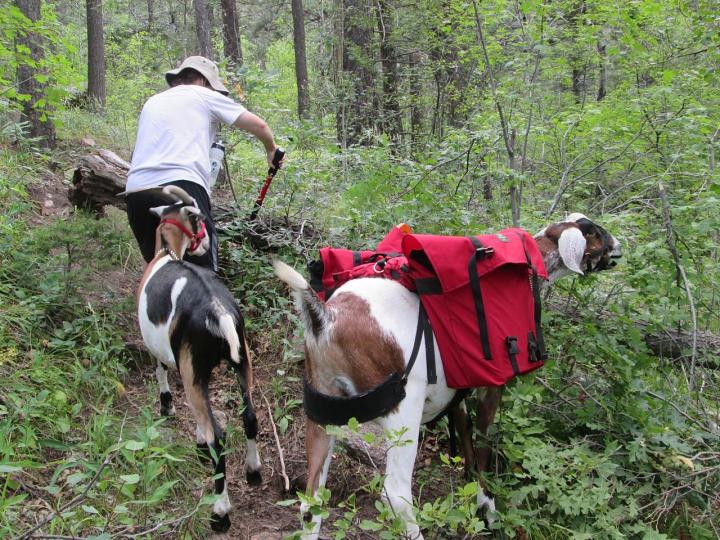 Pac-Man, King of the Woods. 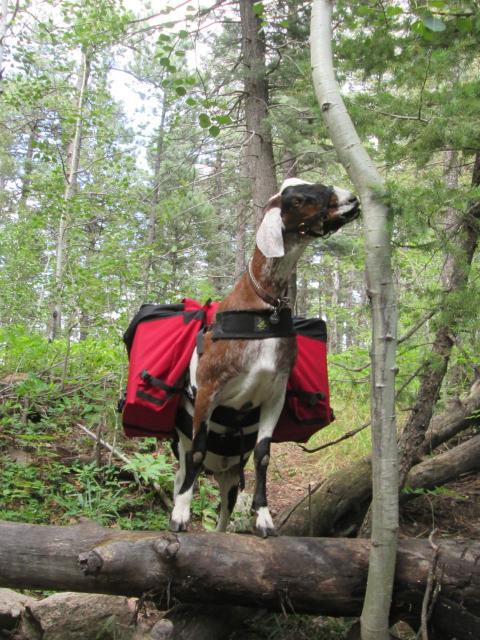 Pac-Man is a perpetual wide load, but he’s not used to being this wide and he regularly bashed his pack on trees, rocks, Finn, Phil and myself. He often got startled when the packs would scrape on something and he would bolt into something else and go like a pinball until he ran into me or Phil. Hopefully he’ll figure it out one of these days. 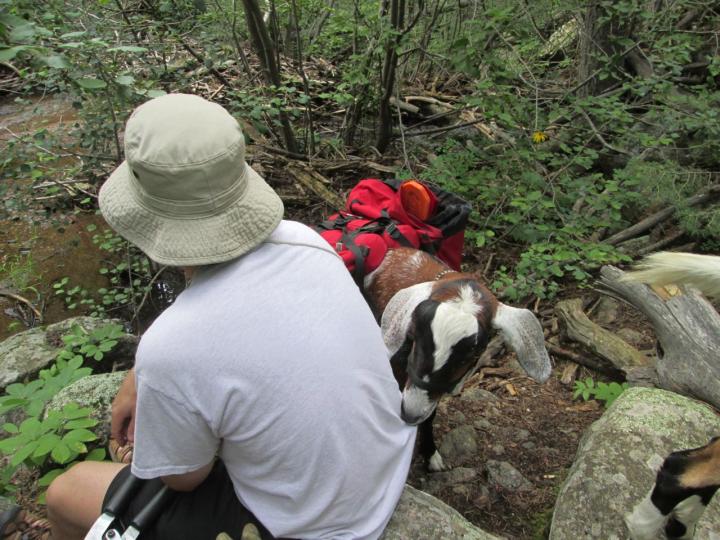 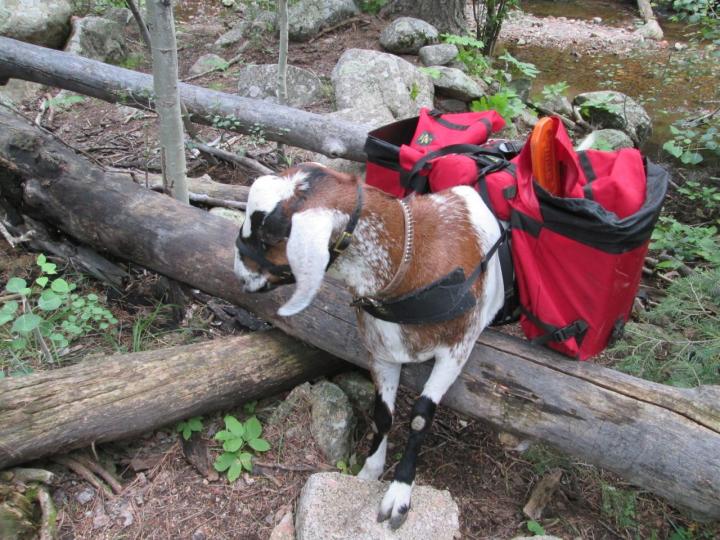 Pac-Man is not a very athletic animal, and he managed to get himself high-centered over this log at the end of our trip. He stood there and mourned pitifully until I removed his pack so he could heave himself over. He’s a big, strong boy but he’ll never be a great packgoat. Carting, yes. Packing, no.

Nevertheless, whether he likes it or not he’s going to learn how to pack well enough for easy excursions like this one. No excuse for a goat who can’t even manage a day hike! On the plus side, he’s a huge people-pleaser and will do what I ask for no reason other than because I asked him. He’s a good boy about stuff even if it’s not his forte. I’m going to have to acclimate him to the noise of the chainsaw too. Twice I had to chase him down and bring him back because I forgot to tie him up or have Phil hold him. I forget what it’s like to deal with an untrained young goat and I must remind myself about the time Cuzco broke a chain and bolted off into the blue the time my dad started a weed whacker on the other side of the yard. After many years of working with a trained goat, it’s easy to forget that they don’t come that way out of the box.