Phil and I went for a walk thinking that all the goats would come with us, but Cuzco ruined the plan when he growled at Phil and started body checking him. So I dusted off the old shock collar, which made Cuzco throw a giant pity party for himself. He went into a sulk and refused to come walking. The rest of the herd decided to stay with their pouting leader–all except Snickers and Sputnik. These two bravely struck out for adventure with Phil and I, but it was not without a great deal of weeping and gnashing of teeth. We never forced them to come, and I even told them to go back if they were going to complain the whole time, but they wouldn’t give up. I’m not sure if they were trying to get Phil and I to turn around and go back home, or if they were calling to the other goats in an attempt to get them to follow. Either way, the first half of that walk was extremely noisy. Thankfully they settled down after a while and it turned out quite pleasant (especially once we headed back toward home). Still, it was really good to get some one-on-one time with these two. They could use the practice. 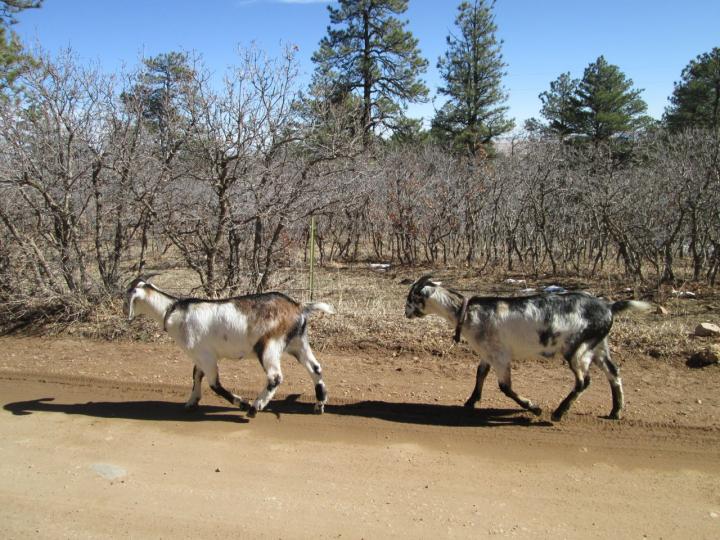 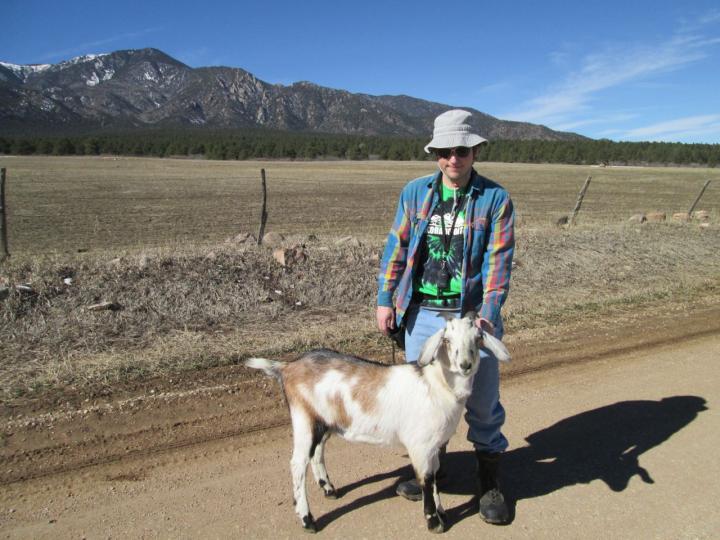 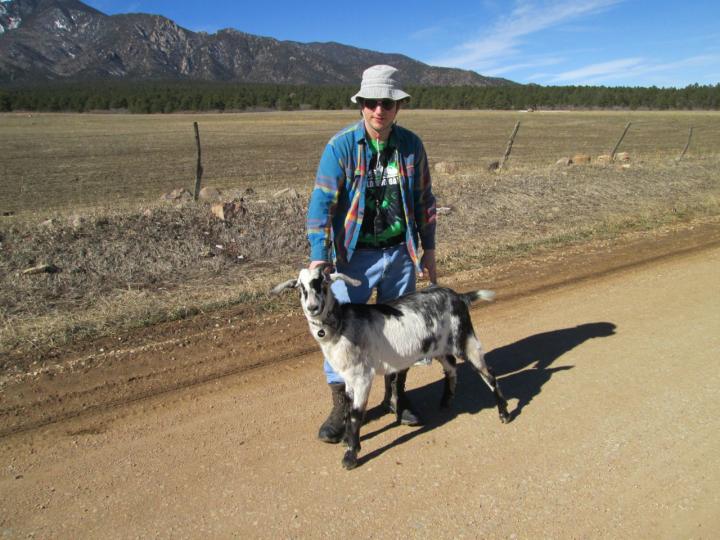 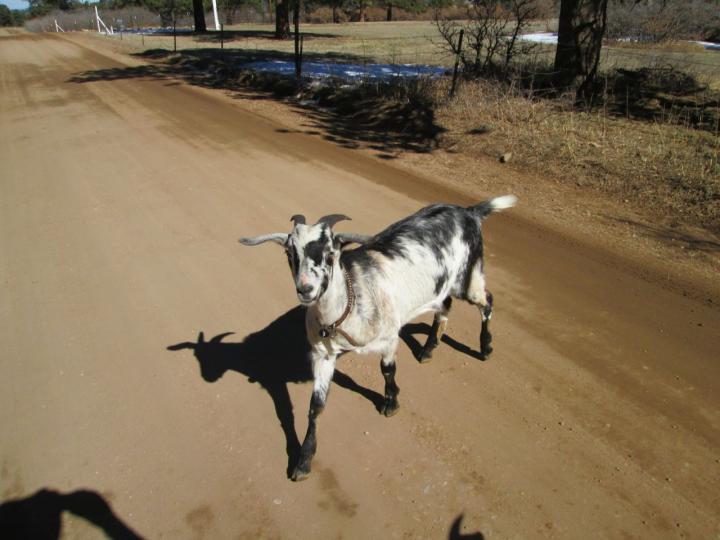 He might look like a stoned beach bum in this picture, but Sputnik continues to amaze me with his intelligence. He’s learning to “heel” on our walks now. Most of my goats don’t have the attention span to heel for more than a few seconds without constant treat reinforcement. Sputnik will go for a minute or two between cookies and I’ve barely started working with him on this command!