January was a strange month without Queen Petunia to lead the herd. Even when she was sick, Pet’s presence seemed to go with them. The goats acted a bit lost for a while and spent a lot of time hanging around their pen when they would normally be out and about. Petunia always led the herd on their foraging forays, and even near the end when she quit going round with them, the herd seemed to go under her blessing and supervision. No one was sure who was in charge for a while, so the herd seemed a little confused and less orderly until Tigerlily finally stepped up to the plate in early February. Petunia was a gentle herd queen and a bold leader while Tigerlily is less kind but also less bold about striking out and leading the herd. The goats are bigger homebodies now than they used to be under Petunia’s rule. Hopefully Tigerlily will settle into her new role with time, and as the spring grass and oak buds emerge in the next few weeks I’m sure the goats will start being tempted away from the house.

In the meantime, they had a lot of fun stripping our Christmas tree! It took them about two hours to strip this poor thing to a bare skeleton. 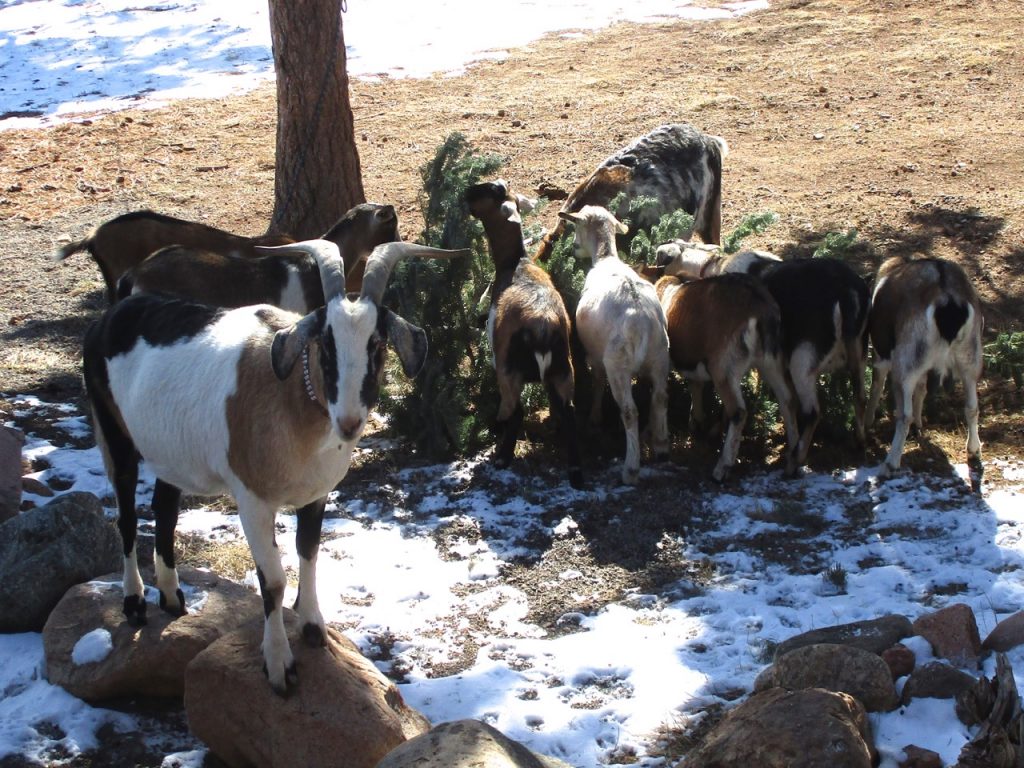 Except for Finn. Finn is so beautiful he prefers to pose for the camera rather than eat with the common riffraff. 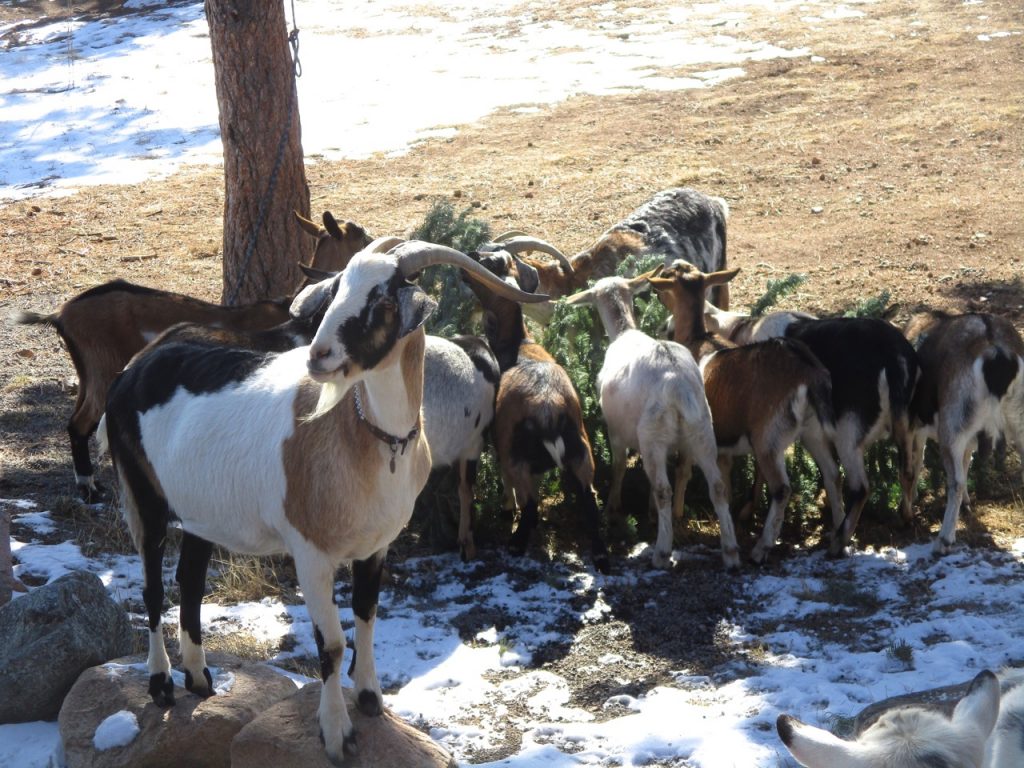 Tigerlily says, “I’m beautiful too! take pictures of me!” 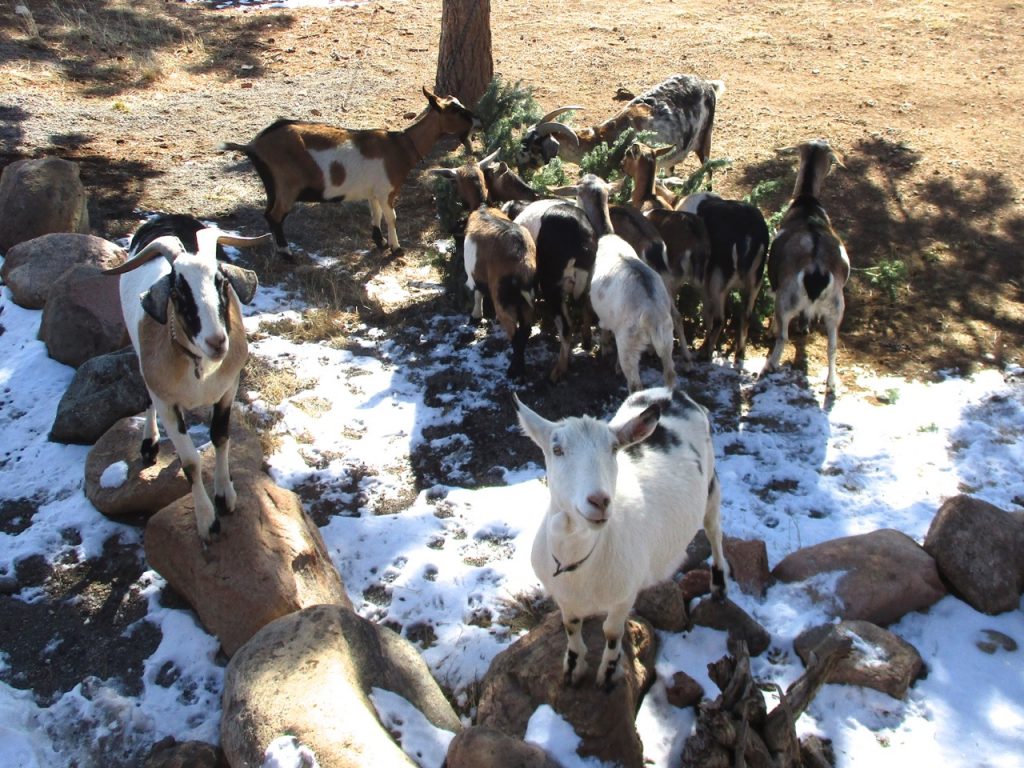 Cupcake (Petunia’s last kid) has had an interesting journey. She was a noisy baby and would cry loudly and often, especially after her brother, Buster Brown, left in October. But ever since Pet died she has hardly made a peep. I think she was distressed because she knew her mom was sick but there was nothing she could do for her. On Pet’s last night when I found her shivering in the shed despite the blanket and the warm evening, Cupcake was curled up as close to her mother as she could possibly get. All the other goats were eating supper, but Cupcake skipped the meal to give her mom companionship and warmth. It was incredibly sweet, so when I took Petunia into the house that night, I brought Cupcake in with her. We put Petunia down the next day but of course Cupcake didn’t see any of that. She kept trying to get into the house because that was the last place she’d seen her mama. On about the third day, Cupcake bolted past me when I opened the door and she ran around the basement calling. When she saw that her mom wasn’t there, she stopped looking and has not worried about her ever since.

I was afraid that Cupcake would get beat up once her mother died, but interestingly enough, Sputnik took her under his wing. I can’t say he actively protects her, but he lets her eat next to him and share his shed which means no one dares bother her. I have two big hay feeders and Finn and Sputnik generally share one while most of the girls share the other. Pet used to share with the boys because she was the queen. Tigerlily has recently started sharing with the boys now that Pet is gone, but as often as not she gets chased off. Cupcake, on the other hand, rarely eats with the girls. There she is, cute little fluff ball, happily chowing down between towering Finn and Sputnik while everyone else keeps a cautious distance. It’s adorable and I’m thrilled that our little orphan has a special place in the herd. 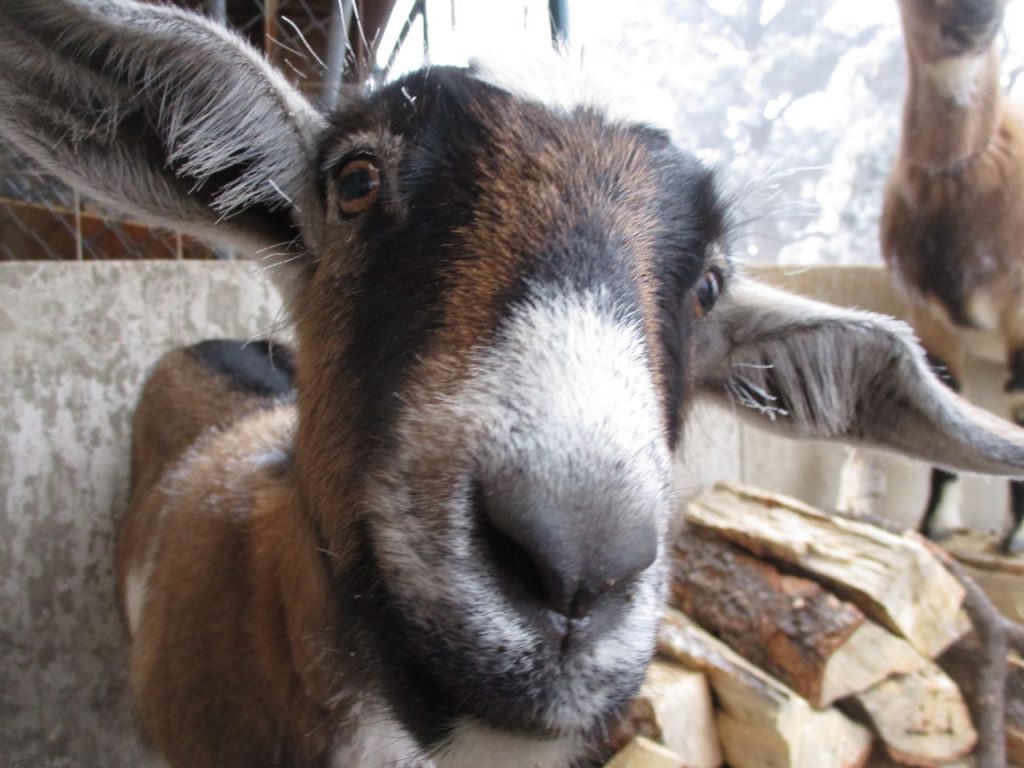 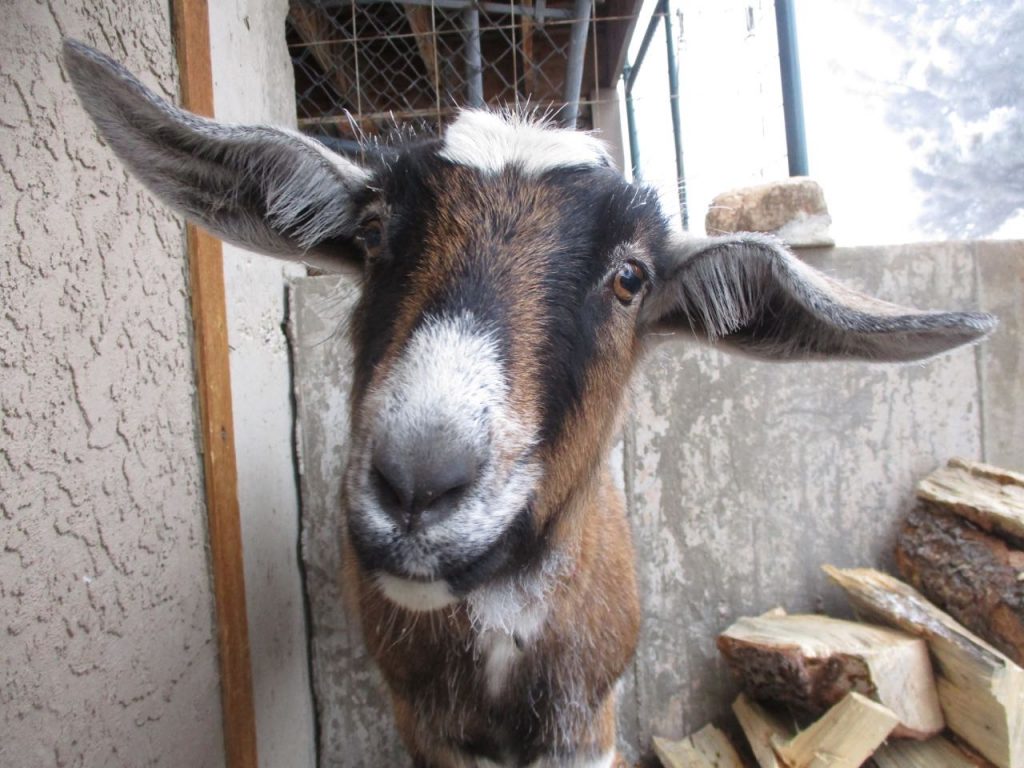