We took Pac-Man and Finn to the community Easter egg hunt this morning! This was Pac-Man’s first time pulling kids around in the cart. I drove him with the empty cart once in a while over the winter, and yesterday I hitched him up and practiced leading him with the empty cart, but today was the first time he really pulled a proper load for any length of time. I even drove him for a few minutes before the event started just to warm him up and to take a little edge off him. 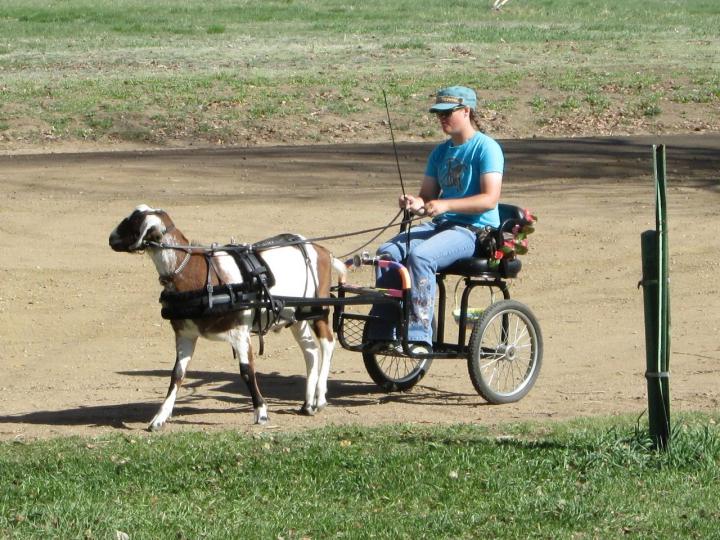 I’ve gotten spoiled from years of working with Cuzco’s professional, all-business attitude and I’d forgotten how a young goat likes to squirm and walk off half-loaded. Pac-Man and I need to practice “Woah!” a little more so I don’t have to spend so much effort holding him in place. There were a few times when he wanted to walk off before we were ready, so I had to clamp down on the halter and force him to stand anyway, and that made him upset because he didn’t like his head to be held so tight, so then he fought back, forcing me to grip him even tighter. Still, he’s got the makings of a fine harness goat. 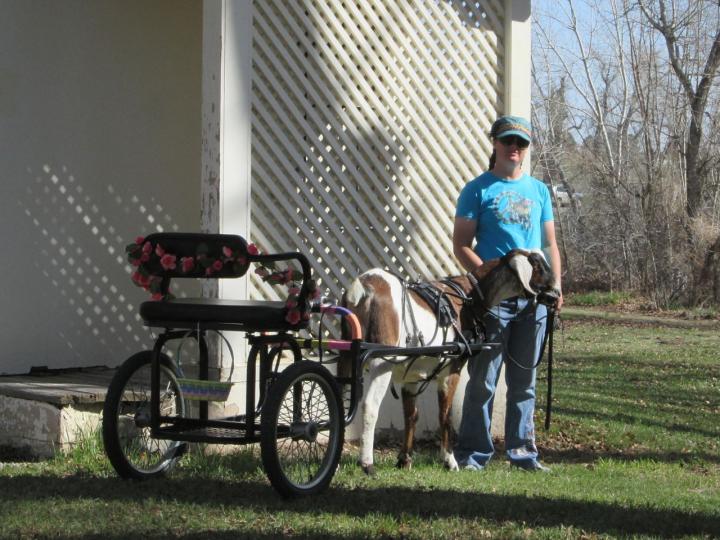 After an hour or so of hauling kids around he got tired enough to appreciate standing still while they got in and out. There’s nothing like a bit of exhaustion to teach patience! He never balked even once, and all things considered I’d much rather have a goat that likes to drag me around than one I have to drag around. We were a huge hit with kids and parents alike. 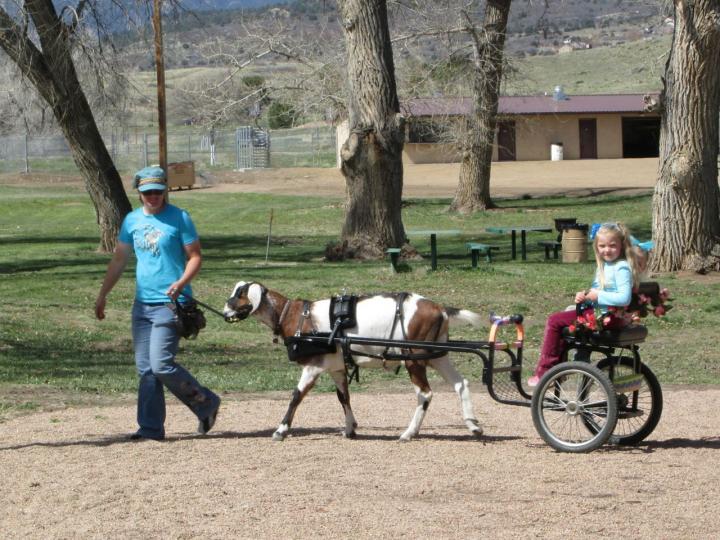 Phil also brought Finn down to the park so he could meet kids and get used to the crowd. This was Finn’s first event, and he lapped up the attention. We put mini tennis balls on his horns as a precaution. He hammed it up for the audience and enjoyed showing off his repertoire of tricks. Phil had the camera, and since he had his hands full with Finn he unfortunately wasn’t able to get any photos other than this one at the truck. 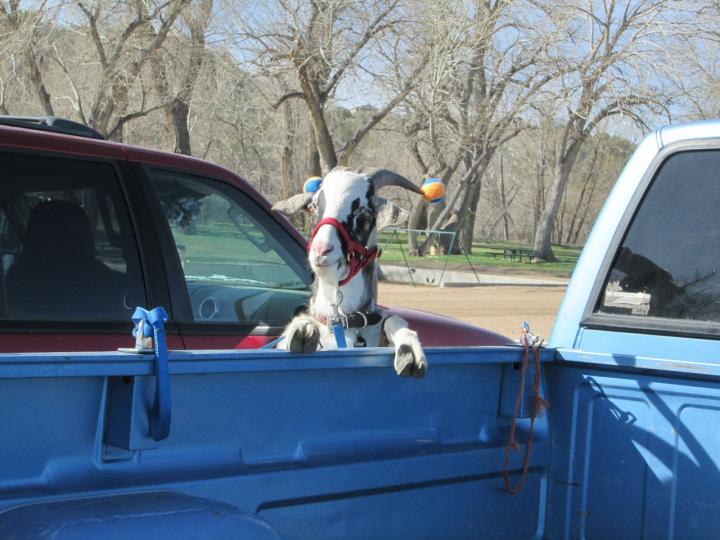 When we got home, we were greeted by a couple of the welfare class who are living the life o’ riley while everyone else works for their bread. They were luxuriating so hard they couldn’t even be bothered to get up and greet us when we pulled in. 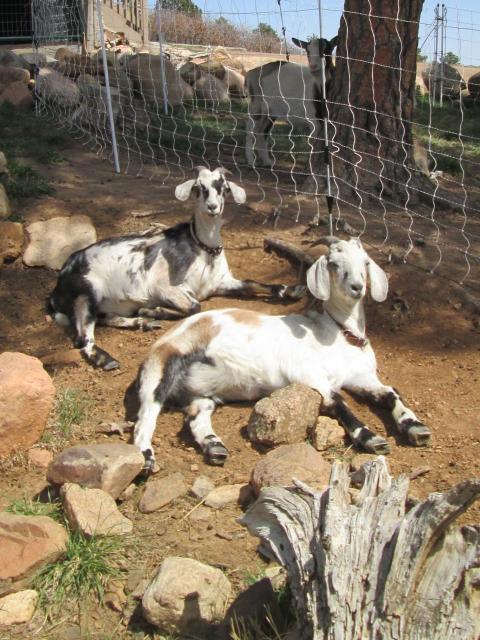 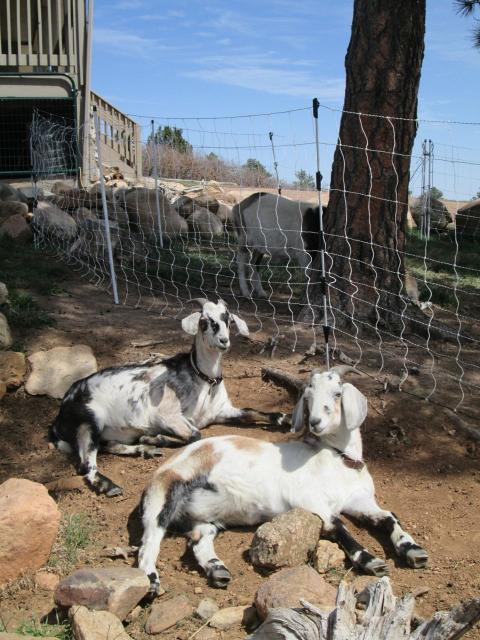