We had a couple of new arrivals today, and I’ve gotta say–we’re really having a bumper crop of girls this year! Two more doelings popped into the world around noon right on their due date. Tinny pushed the first kid out without trouble. Then she decided she was done and wouldn’t push out the second, so I reached in and found a nose in the passage. I reached a bit further, found a foot, and gave a little tug, at which point TinCup decided she should help and pushed kid #2 right out. I kind of think if we’d left her alone for a while she would have delivered just fine on her own. The kid was in the right position, just with the front feet pulled back a bit behind the nose. I think she’d have sorted herself out on her own if I’d been a little more patient.

Doeling #1 is a beautiful reddish bay with gorgeous markings. She gets the red from her dad, Rocky, and the striking black legs and dorsal stripe from her mom. 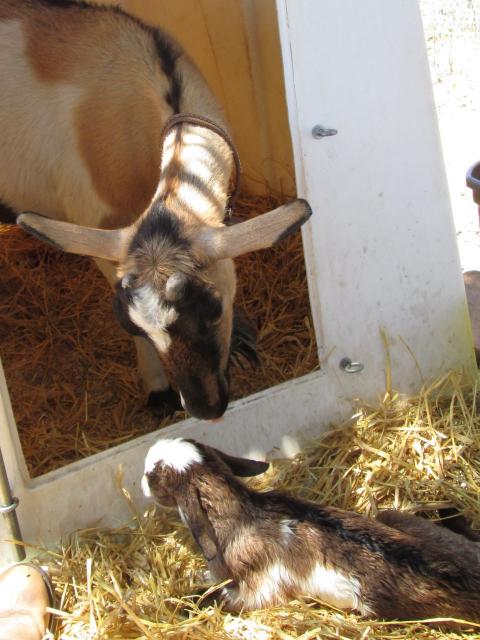 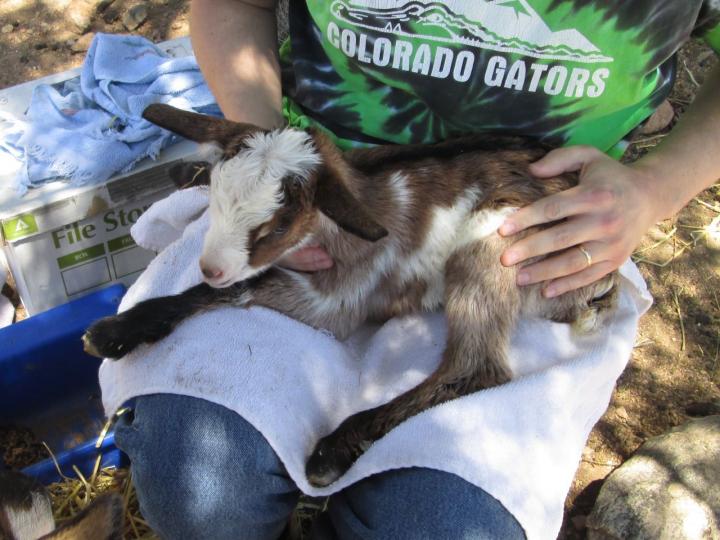 Look at that sweet smile! 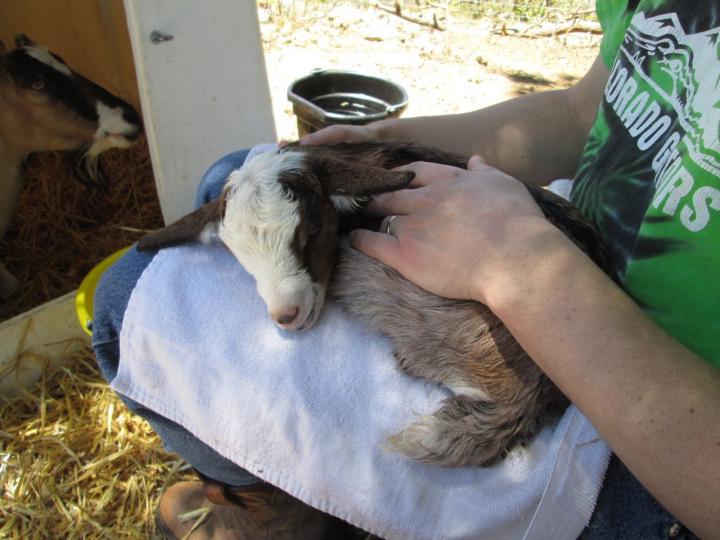 And doeling #2 is colored like a Boer! Her mother is purebred Alpine and her dad is a registered Nubian, so she hasn’t got a drop of Boer blood in her, but that didn’t stop this little cutie from sporting a white body and red head! 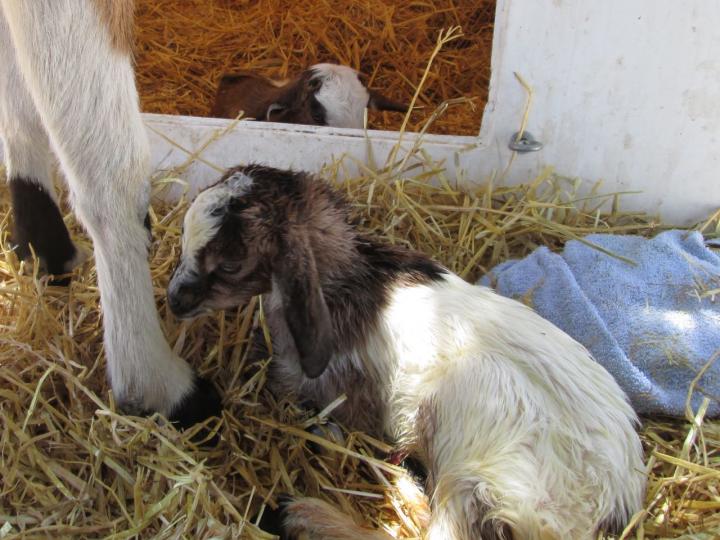 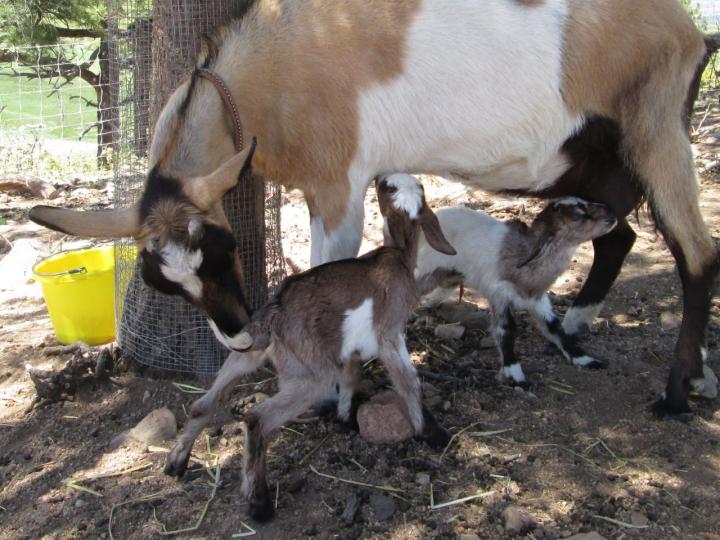 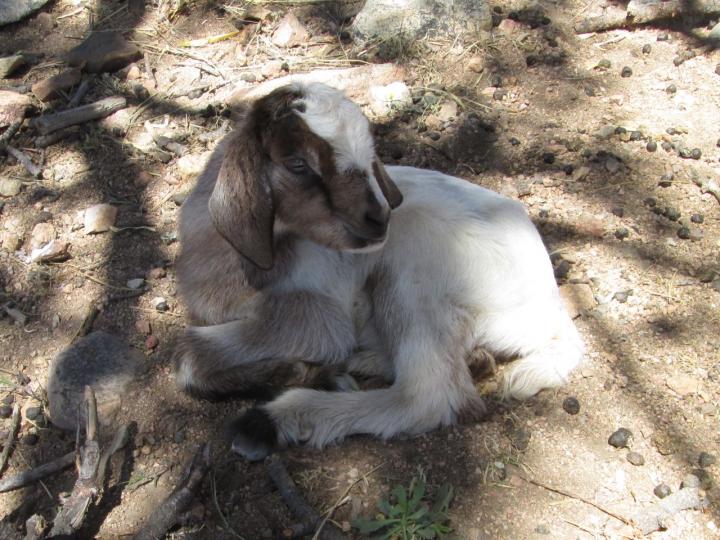 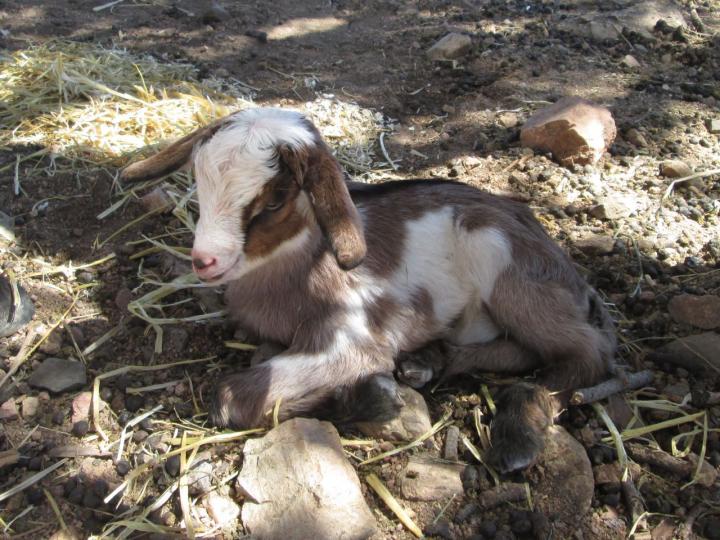 Phil brought the new babies into the office this afternoon to show them off to his co-workers over video conference. 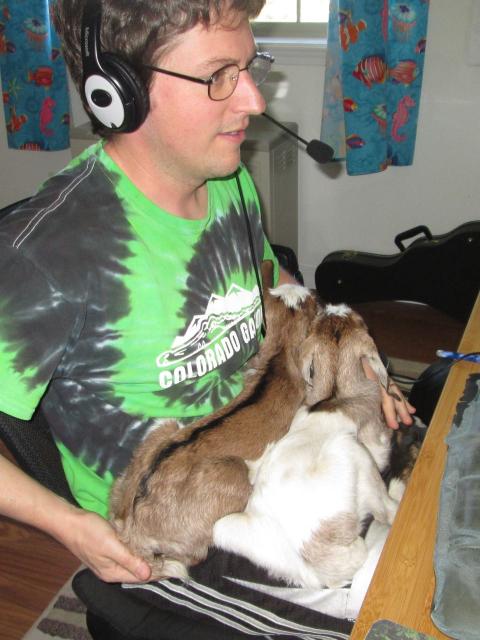 1 thought on “Trot out the ladies!”