I hitched Cuzco to his cart on Saturday and Sunday. Naturally there were people lined up and clamoring to get a ride right up to the time I hitched up, at which point everyone disappeared to either compete in or watch the massive showmanship classes that began in all three rings at once. So I seized the opportunity to take a pleasant drive around the fairgrounds myself. 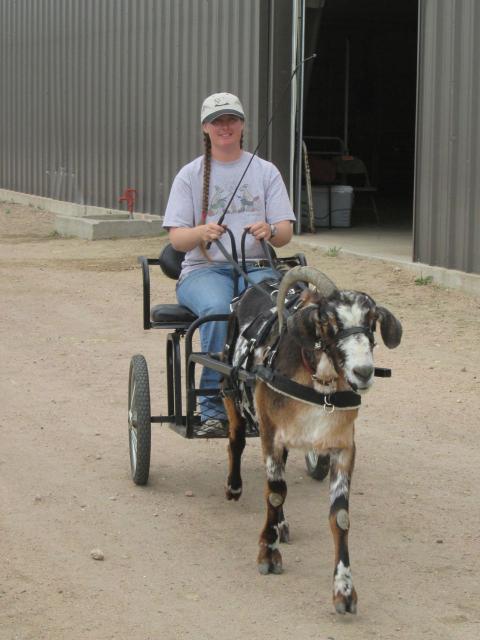 Later on we gave rides to everyone from tiny babies… 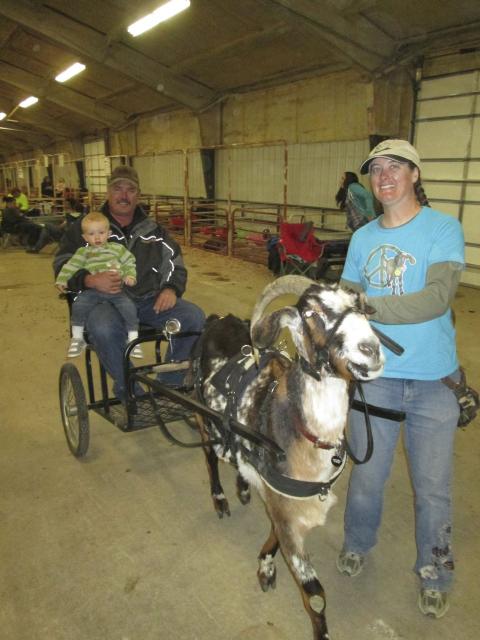 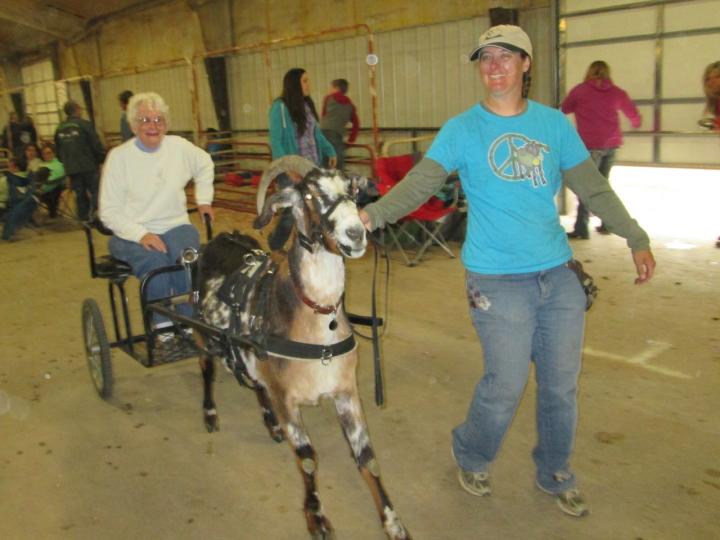 We gave rides to kids… 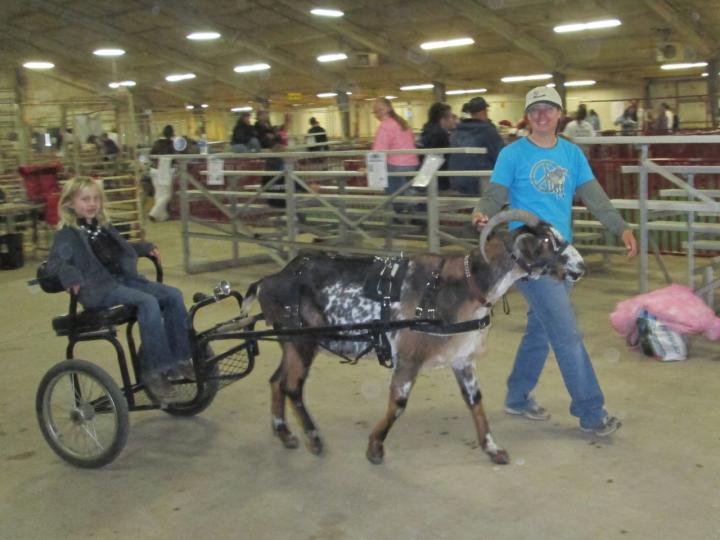 And kids holding kids. (Yes, that is a baby goat in her arms.) 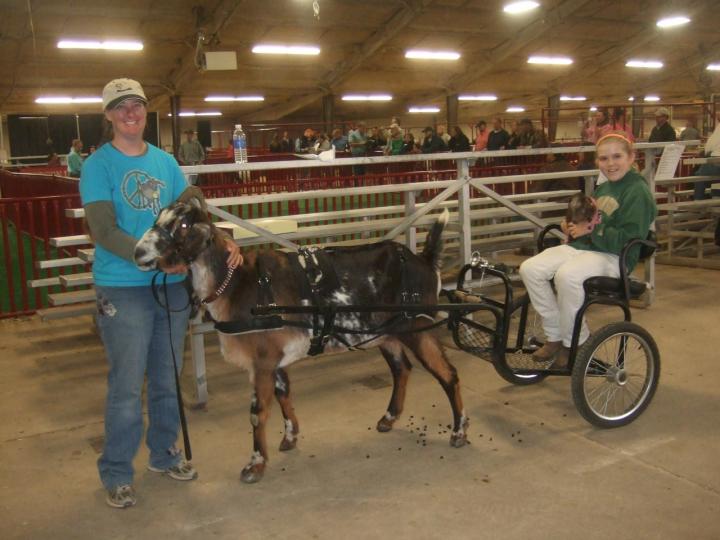 And the real feather in the cap was when the dairy goat judge asked us if we would take a photo of him in the cart. So we brought Cuzco into the ring and snapped a photo. I’m disappointed that there is so much dust in the picture, but it’s still one to remember! 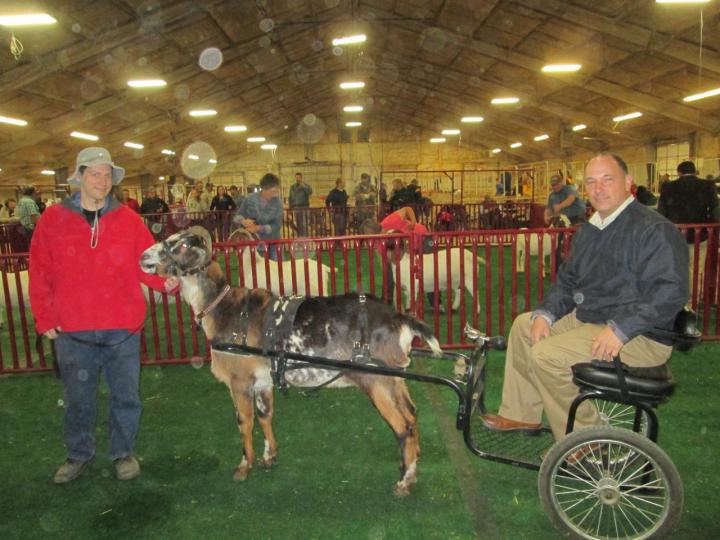 Saturday evening we took Cuzco and Pac-Man for a stroll around the fairgrounds. Cuzco found a party hat and enjoyed posing with it. 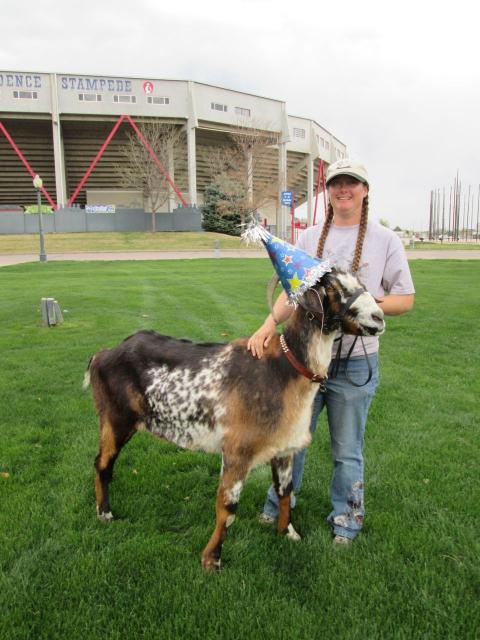