Yesterday Phil and I took Snickers and Sputnik to the annual Yule Log festival in Beulah. As expected, it was a total riot! What a fun event! 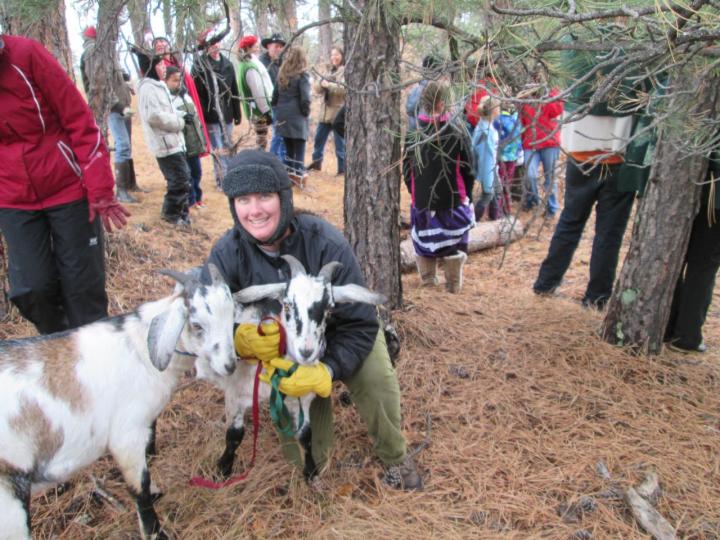 The boys were a bit nervous at first, especially Sputnik who couldn’t stop shaking for at least the first half hour. He kept darting away from the people who wanted to pet him, but I would just hand them cookies to feed him and pretty soon he began to warm up to those nice strangers.

Neither of the goats was sure what to think of kids. “I didn’t know people came in our size!” But I’m not sure most of the kids knew what to think of the goats either. I realized after we got there that this was Snickers’ and Sputnik’s first outing among strangers. Nubbin and Petunia were much more relaxed when we took them last year, but they already had the State Fair, the Harvest Show, and a goat vacation under their belts by that time.

We didn’t find the Yule Log ourselves, but we came really close! You can just see the end of it on the ground behind us. 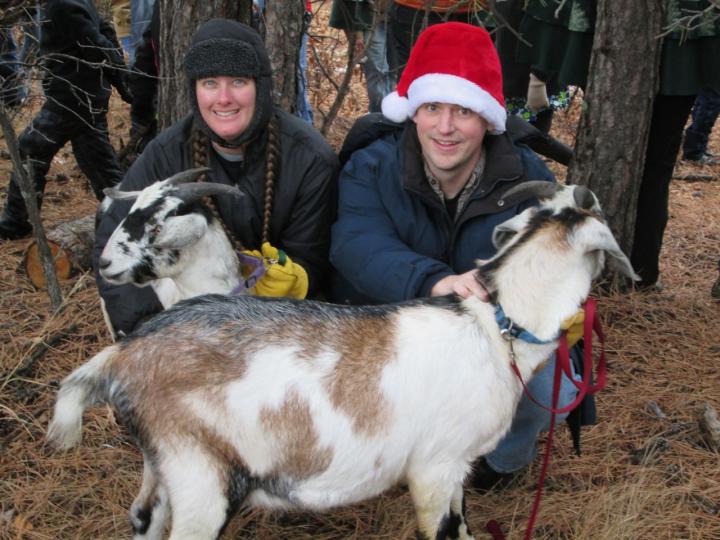 Once found, the Yule Log was dragged back up to the lodge with several kids riding on it. It was hilarious to watch since they occasionally fell off into the mud. Speaking of which, the festival had fewer people at it this year, probably because of the dreary wet weather and very little snow. But that didn’t dampen our Christmas cheer! 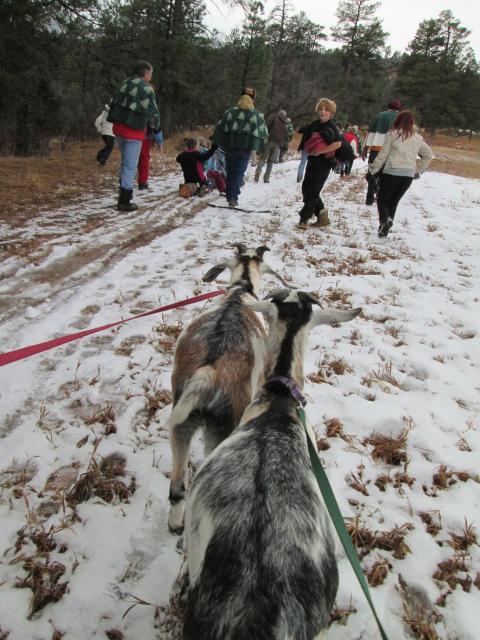 One of the ladies in charge was very disappointed we didn’t bring Cuzco with us. After seeing him in the parade the night before, she was expecting him to help pull the Yule Log back to camp. I told her maybe next year if he’s still up for it. One day perhaps we’ll have a whole team of goats who can pull that logback all by themselves! It would be very Scandinavian. The Yule Log is, after all, a Scandinavian tradition, and goats figure prominently in Christmas festivities in those northern countries. In fact, the Swedish Santa Claus rides in a goat-drawn sleigh, so having goats pull the Yule Log seems quite fitting.