Tuesday’s long hike had us all tired and footsore. Phil and I slept  late the next morning and so did Finn and Sputnik. When I opened the trailer door at around 10:00 Wednesday morning, both of them were curled up in nests of straw and didn’t look as though they had moved all night. They reluctantly got up when I came in and both of them moved  stiffly. They looked like old goats as they slowly limped out of the trailer, but within a few minutes they had stretched and shaken the soreness out and were happy to browse around the cabin. I’m pretty sure it was the sand that made them tired and sore. It was some hard slogging in those river bottoms.

After our late rise, Phil and I opted to stick close to Ponca and not hike any trails. The day was deliciously sunny and warm, so we put on our swimsuits and headed to the Buffalo River. Sputnik would have been happy to stay in this flower patch all day. 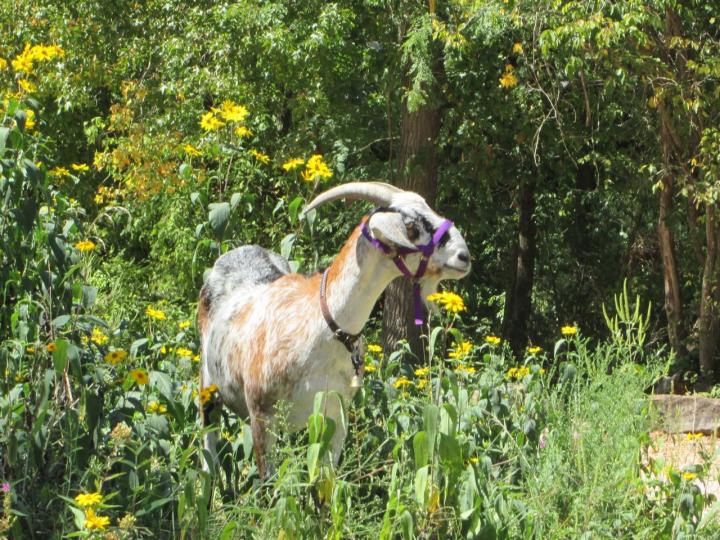 But instead we went river-tromping and the goats had to come with us so we would have something we could photograph gratuitously. We took something like 250 pictures that day!

I love the water reflection on the stone behind the goats. 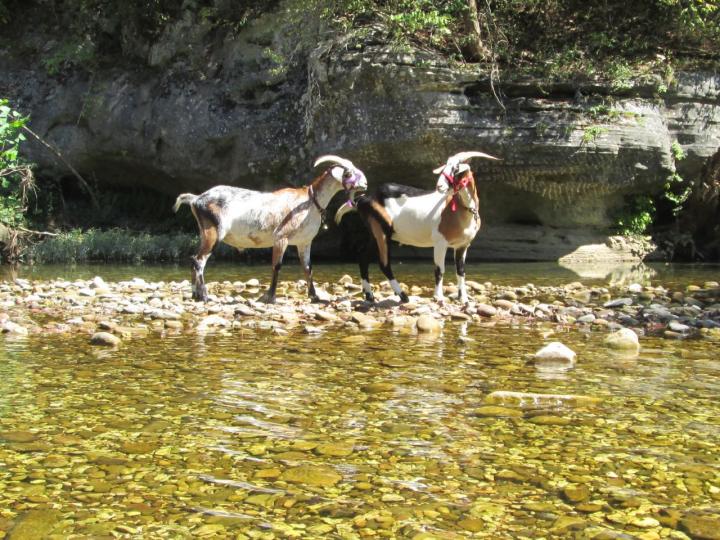 Sputnik and I found a really cool tree to climb. 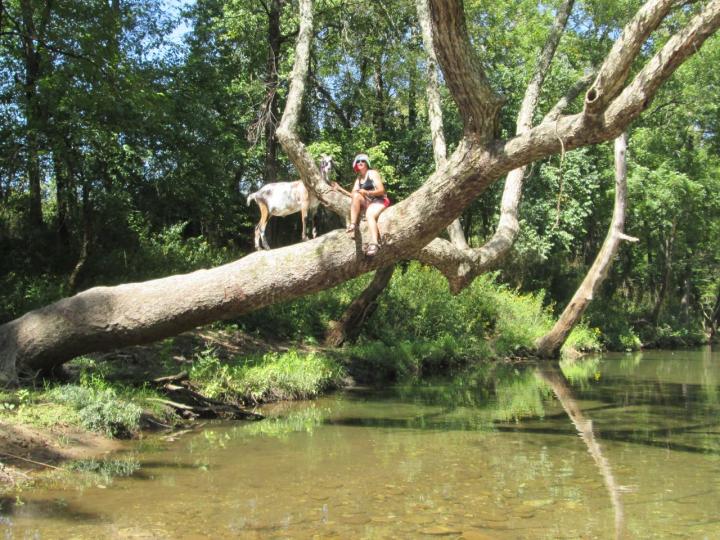 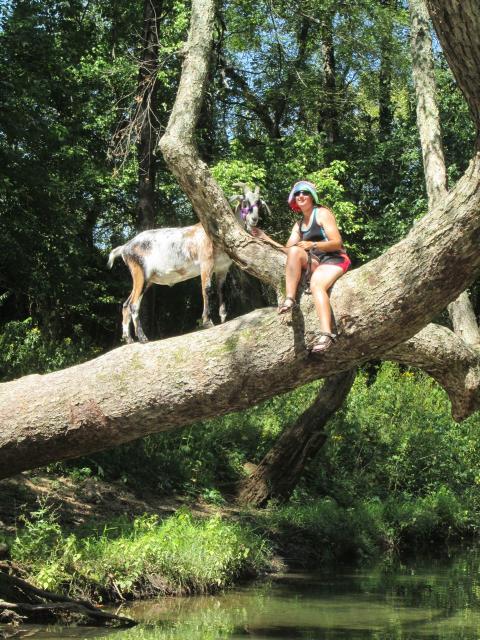 Phil spent a lot of time skipping stones. This place reminded us a little bit of Darien Lake State Park out in western New York state where we spent our third anniversary. We spent that whole day wading in a dappled, lazy river skipping flat stones, and later that weekend we found Cuzco at a farm nearby. Anything that reminds us of that wonderful third anniversary is like experiencing a little piece of heaven. 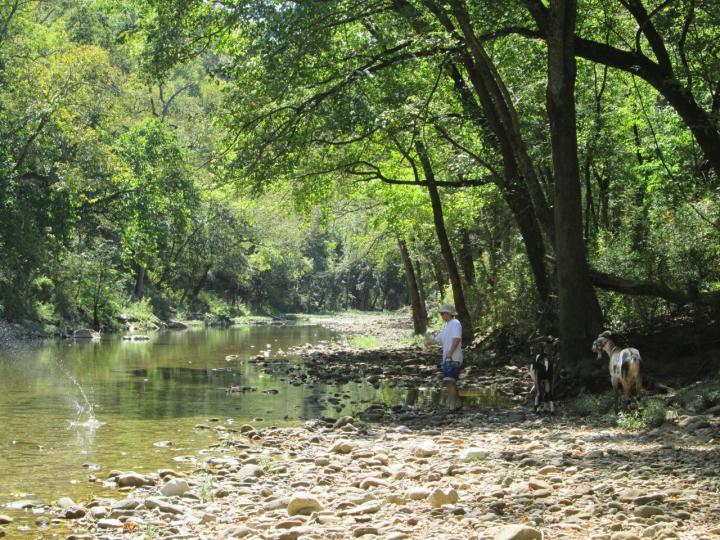 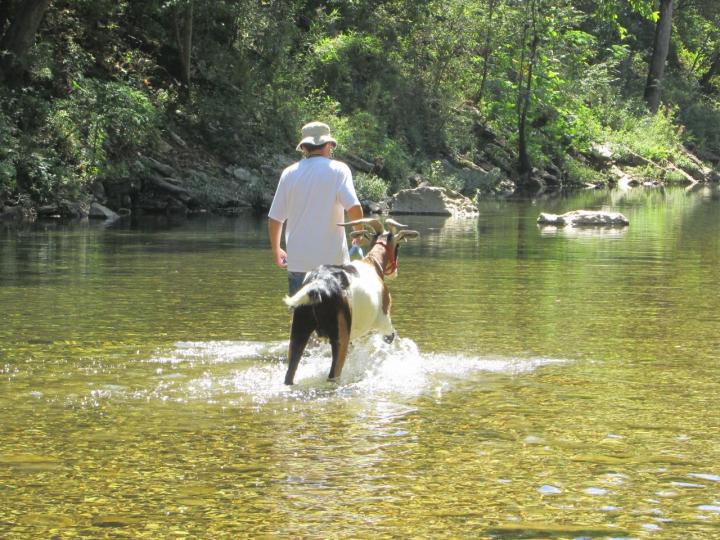 There were huge slabs of rock in some places that made it feel more like walking in a swimming pool than in a river. Swimming pools, however, do not usually contain water moccasins. We saw one dart out from under a ledge and wriggle its way across the river and under the riverbank right around this spot. It was more terrified of us than we were of it. 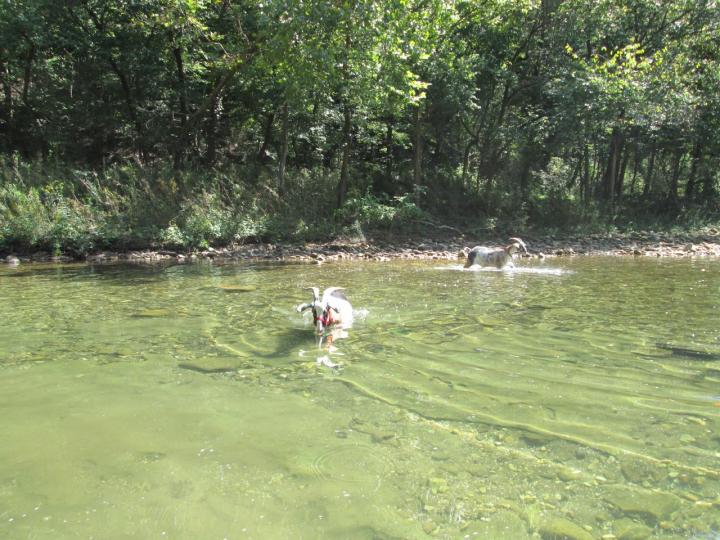 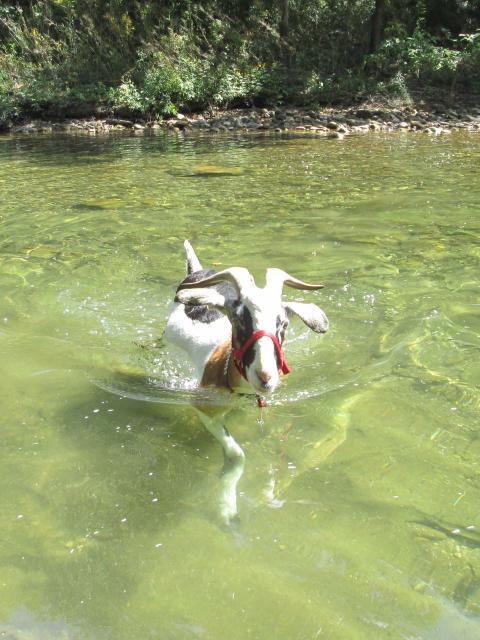 Bear with me while I indulge in posting an unreasonable number of “Finn” photos. He’s so photogenic I just can’t stop clicking the camera! 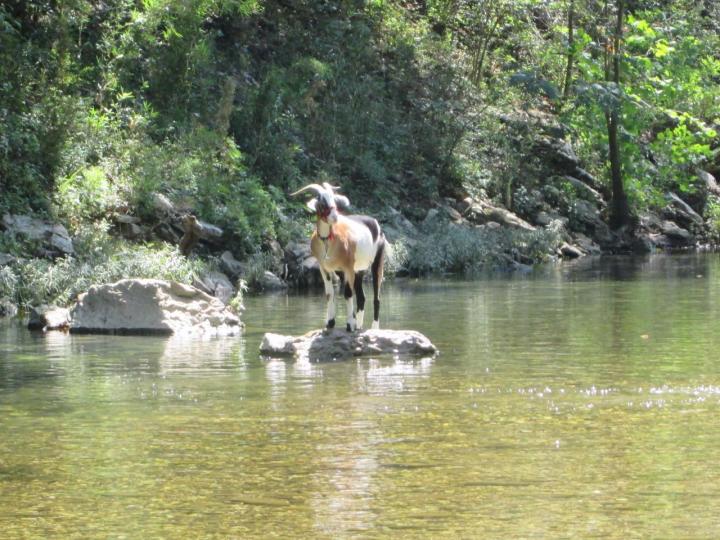 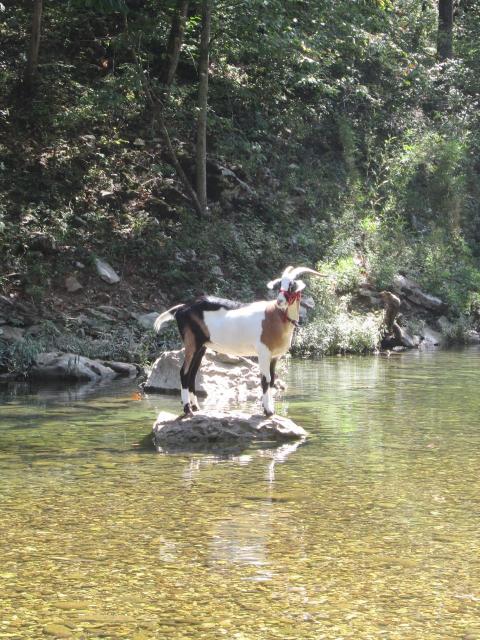 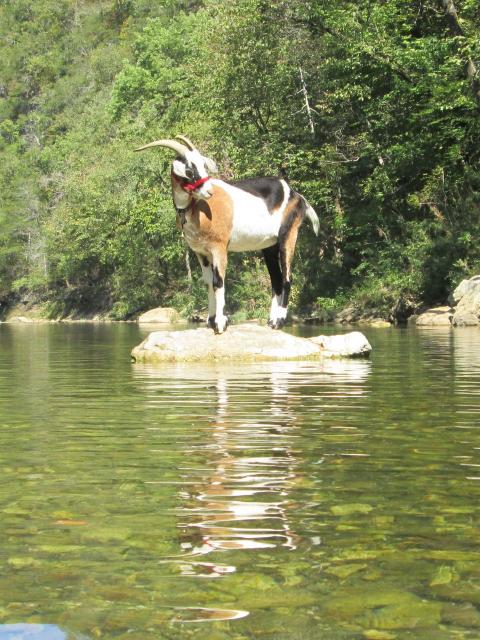 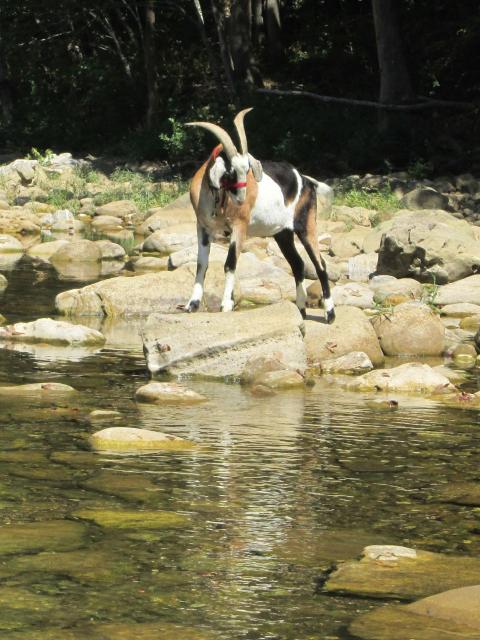 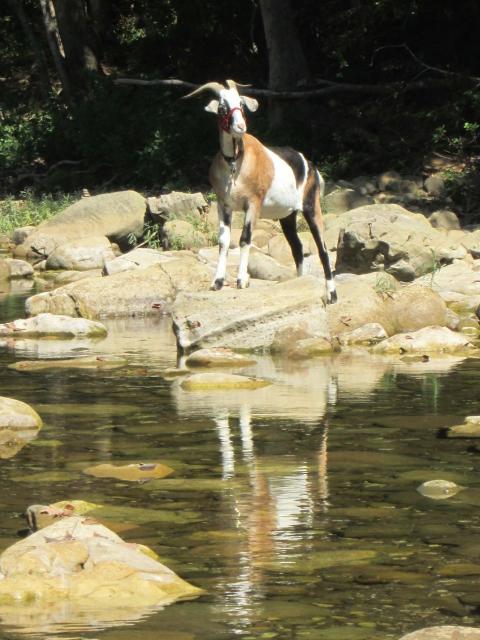 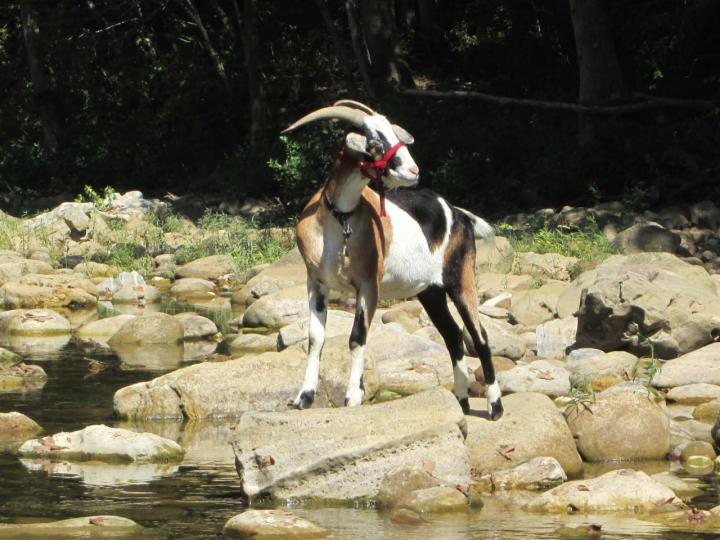 The light and shadows and reflections on the water made us feel like we were in a fantasy tale. 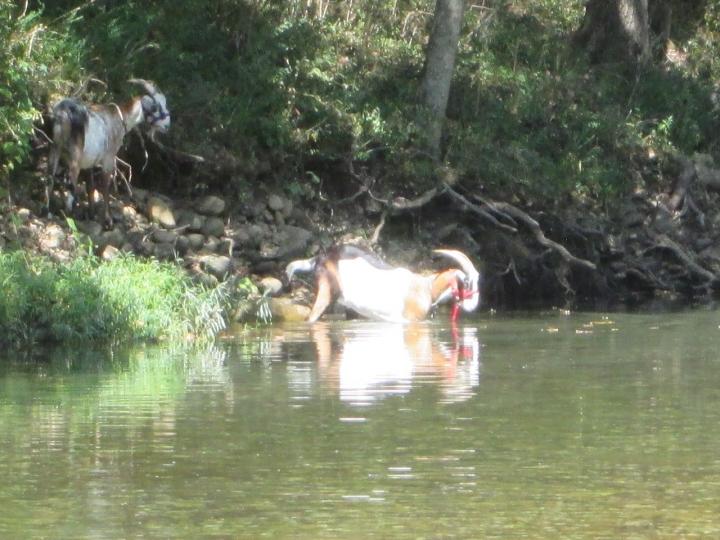 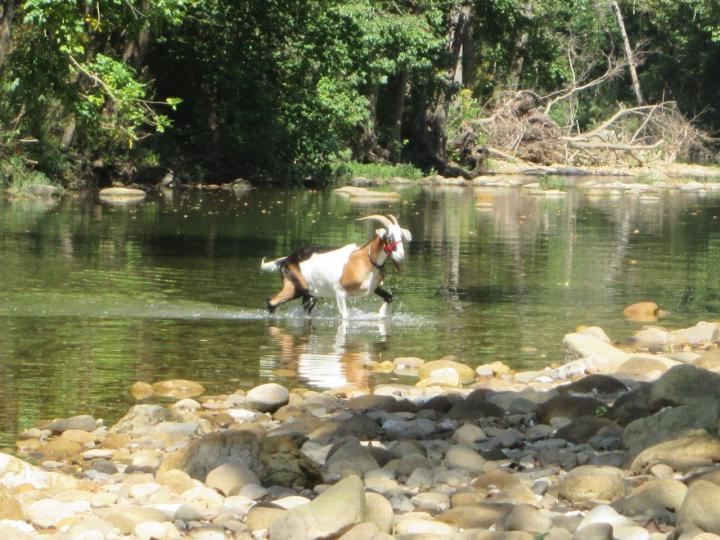 As if the river didn’t feel magical enough, we saw a dry riverbed open to our left. The entrance was covered in blue butterflies, most of whom fluttered away at our approach. But a few lingered behind to be caught in Phil’s lens. 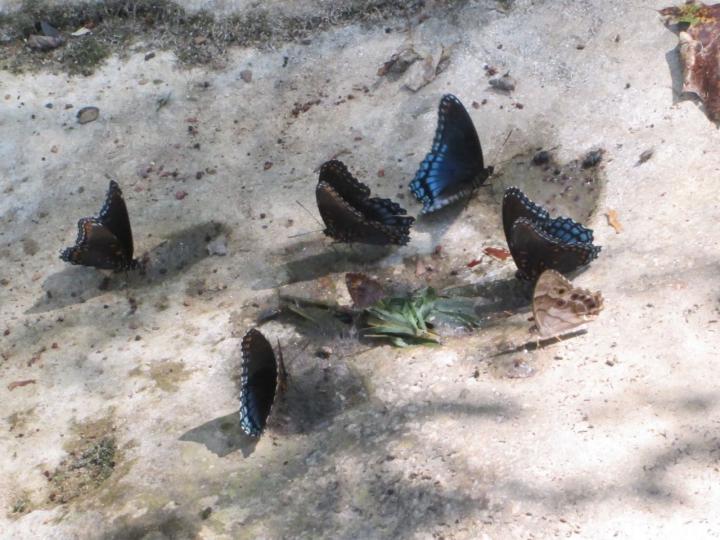 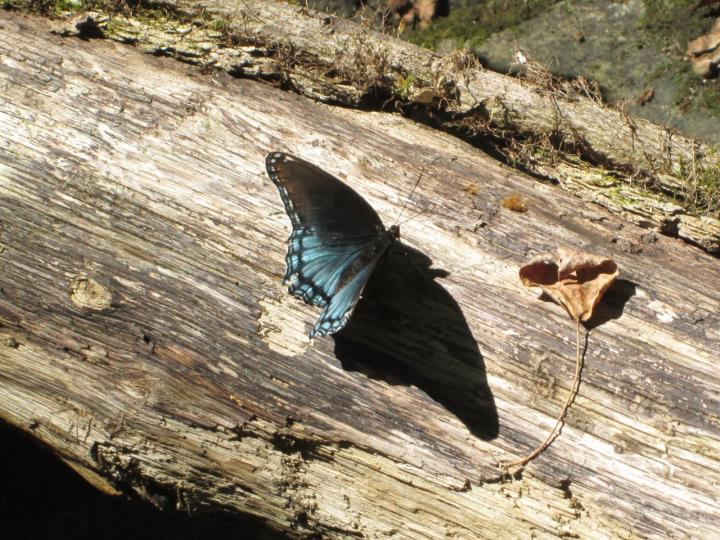 We stepped into a world of enchantment. It felt solemn and mysterious. These were unicorn woods I could tell. We didn’t see the unicorn, but I’m quite sure she saw us. 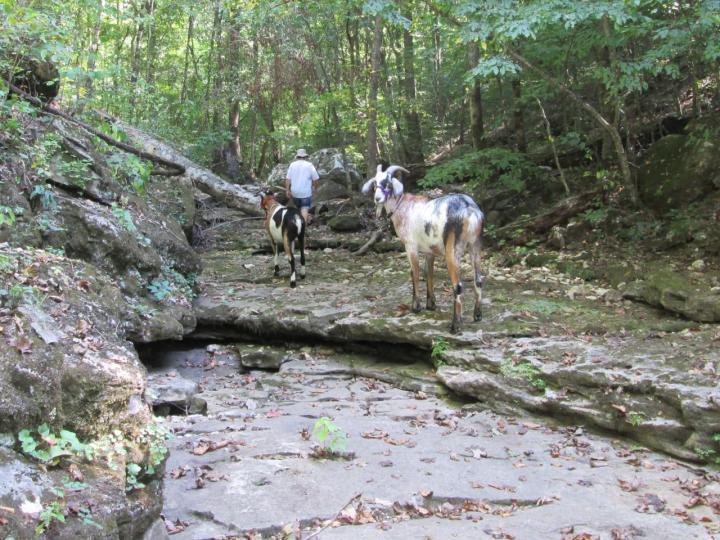 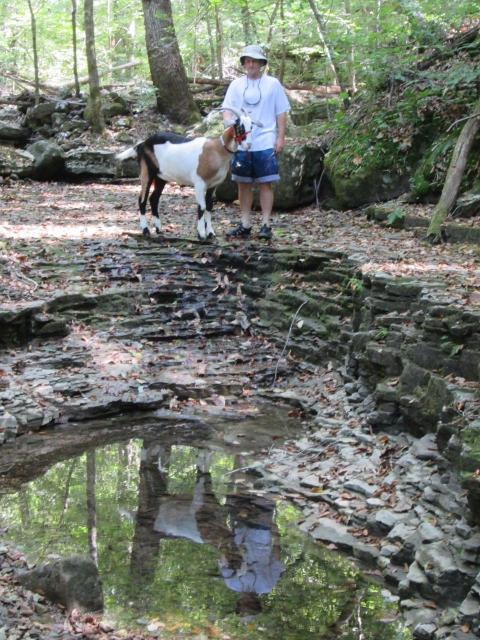 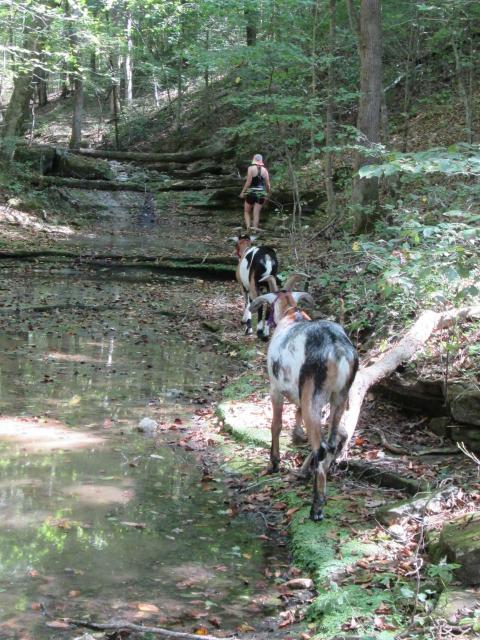 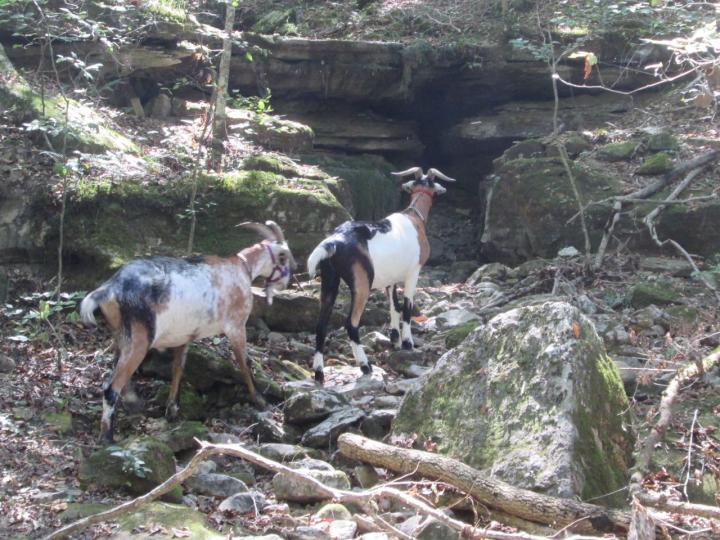 Finn is not only incredibly photogenic, he’s also incredibly huggable. 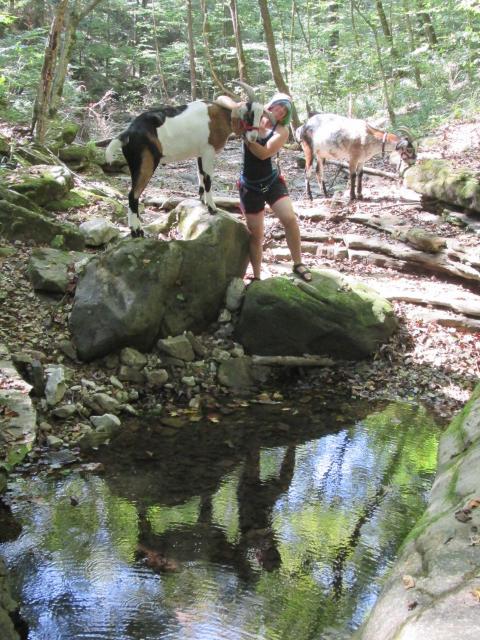 We all became drowsy as the shadows lengthened. 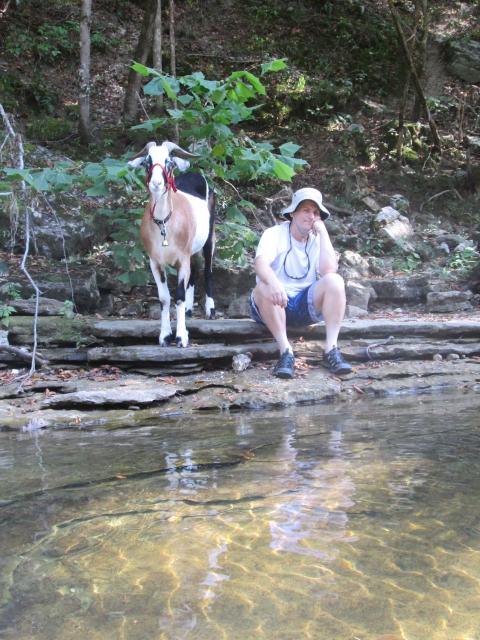 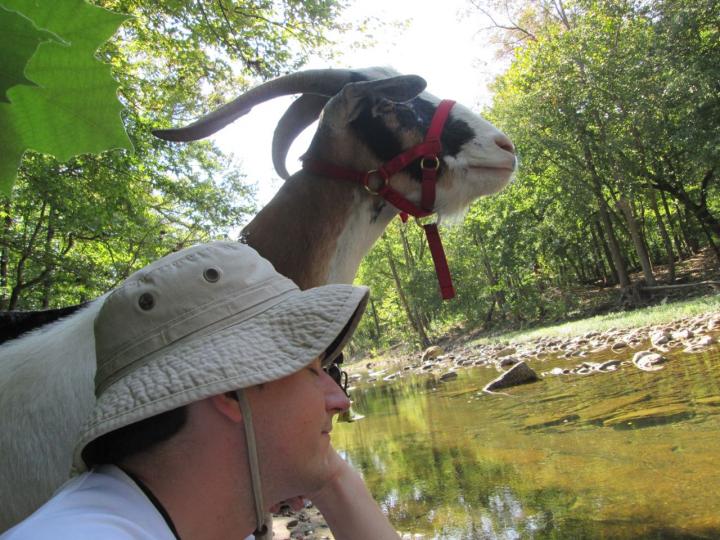 Sputnik could almost be a unicorn on this rock. 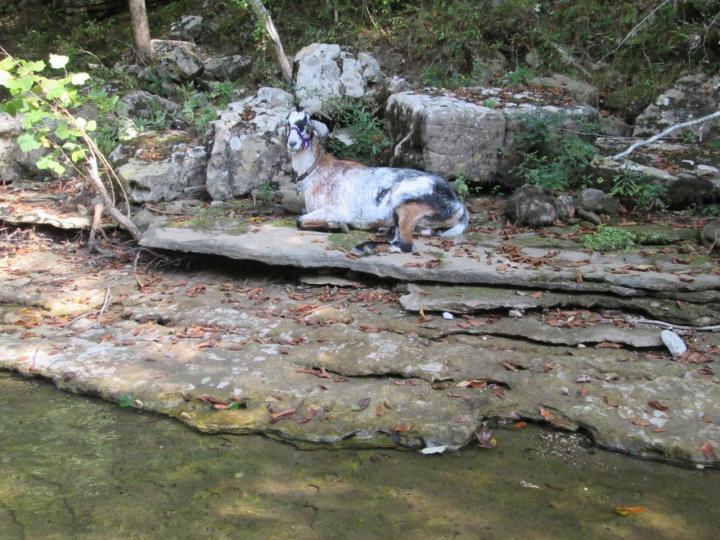 As colorful as he is, it’s amazing how much Sputnik blends in with his surroundings. 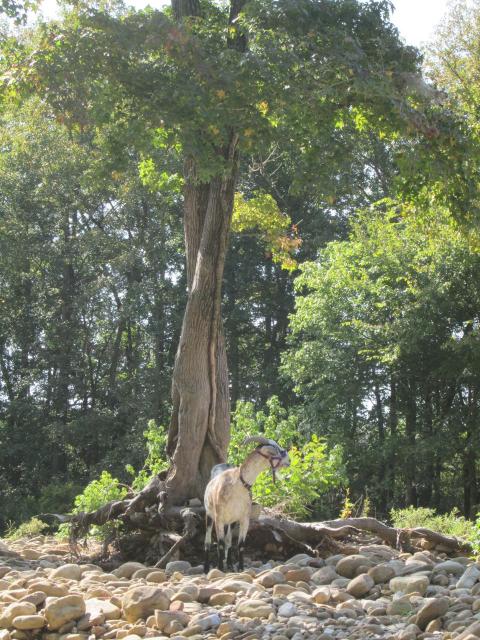 The last light before eventide. 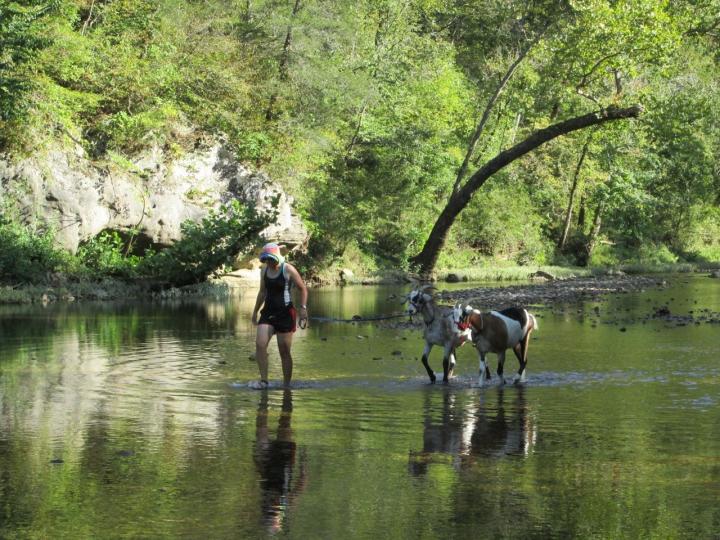 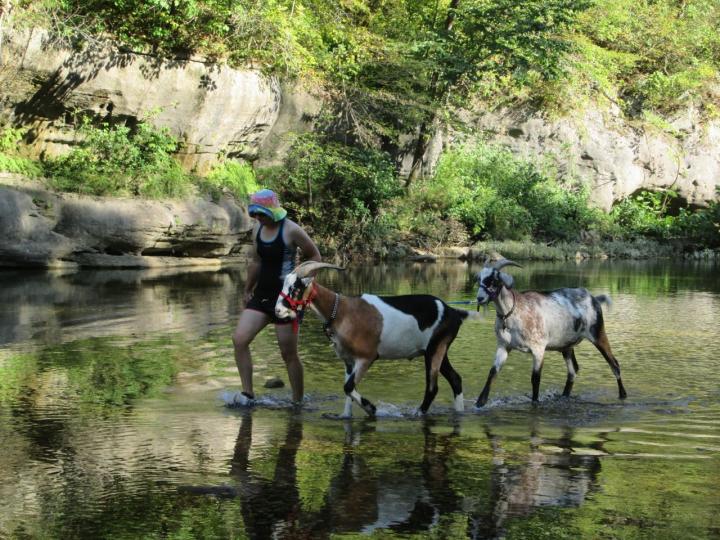