I picked up Daisy the guard dog this afternoon, and I hope she lives up to the hype. I found her on Craigslist–“free to good home.” She’s three years old and has been a goat guardian her whole life. A lady in LaJunta was downsizing her goat herd and couldn’t afford to feed an extra dog and Daisy was not suited to life as a pet (apparently her family tried). Daisy is quite obviously half Pyrenees, but I’m not so sure about the supposed Anatolian half. She’s too small, for one thing. She’s about the size of a Golden Retriever. 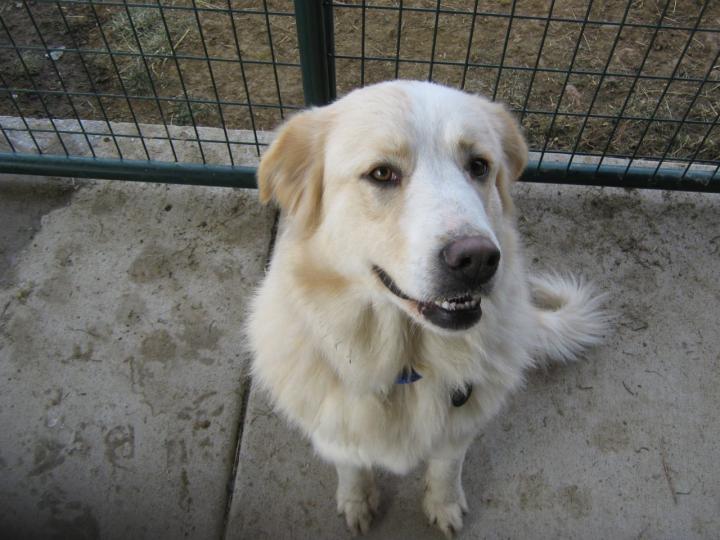 Right now my goats are afraid of Daisy and she feels the same way about them. But tomorrow I’m putting her in the pen with them and I’ll keep an eye out and make sure Cuzco doesn’t try to kill her. It will probably take a couple of weeks for her to get used her new home and her new herd, and I know it’s going to take at least that long for the goats to accept a dog in their midst. I’m not sure Cuzco ever will, but we’re going to try. So far she seems to like the goats even if she’s a bit scared of them. She was nervous the whole way home in the truck until I pulled into the driveway and she smelled my goats. Suddenly she was up on the wheel wells and trying to put her head through the cage. She cowered in the corner of the patio until I let her out to smell the yard. She ran from goat pile to goat pile and up and down their well-trodden path with her tail wagging. She stopped cowering after that and even went for a walk with me. We visited Nibble’s grave and I told Daisy that her job is to make sure no more goats end up in that dirt pile. I hope she takes her new job seriously!