Many thanks to our friend Kate from Australia for letting me use her photos to make my posts. I slacked off and didn’t take one photo all week!

Phil and I picked Kate up at the airport in Colorado Springs the weekend before the Rendy and on Monday we loaded up and headed over to Lake City. We rented a small cabin and spent a couple of days enjoying the picturesque little town and visiting old friends that I grew up with there. 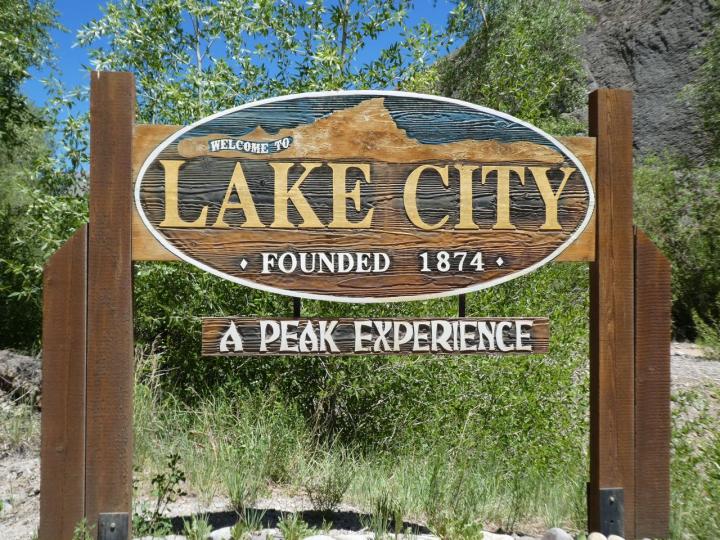 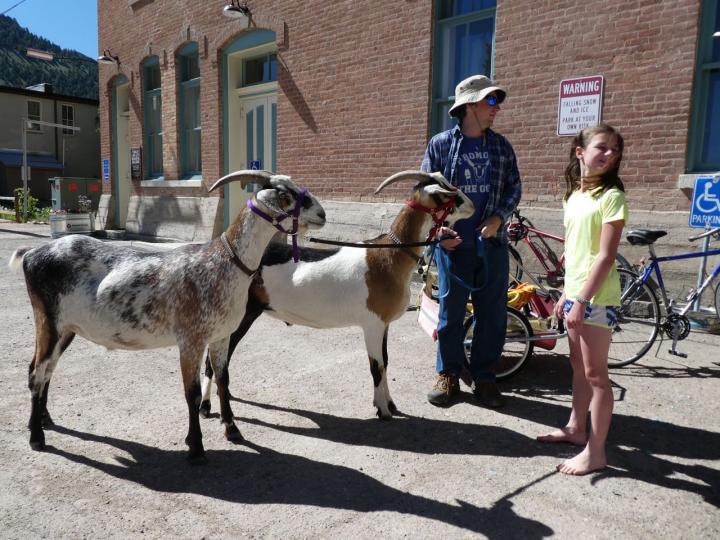 Our goats cut quite a shine in my hometown as we walked them through the park, drove them with their wagon down the streets, and chauffeured them to the market in the bed of our pickup. 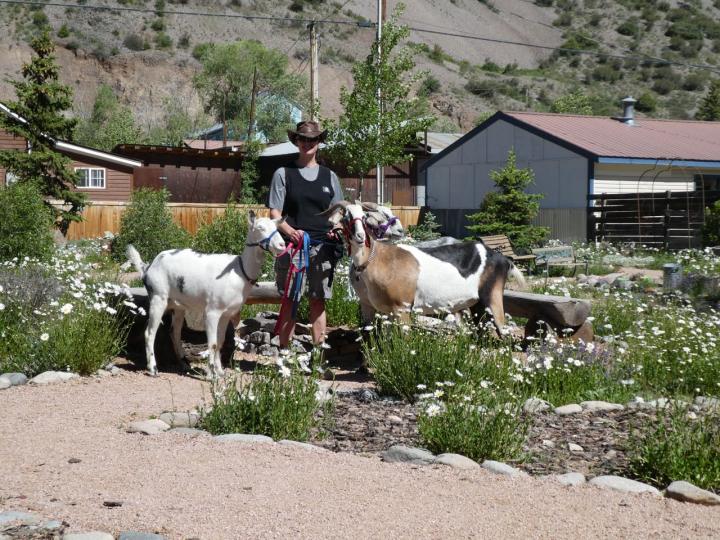 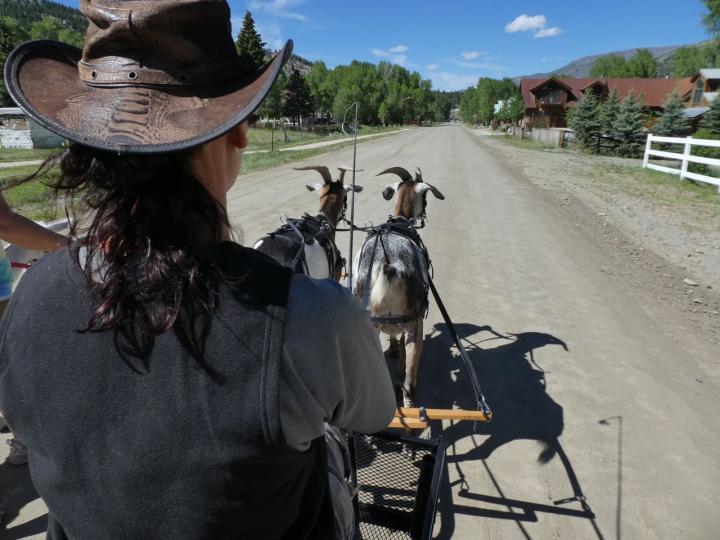 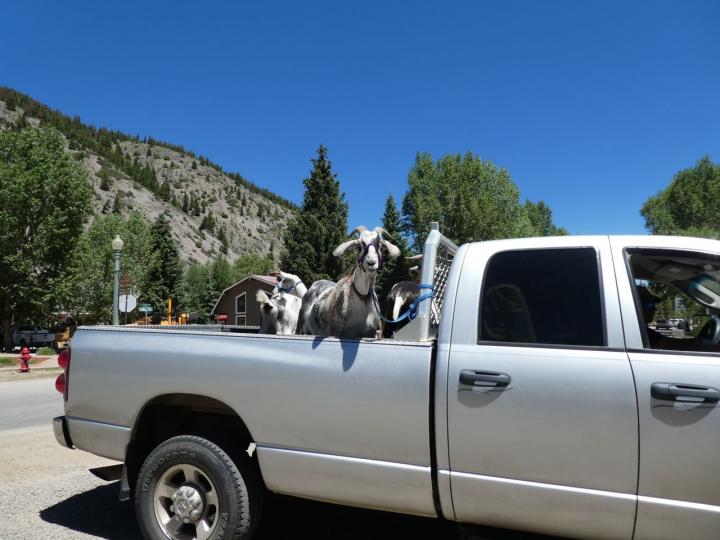 Whose are these handsome faces in our rearview mirrors? 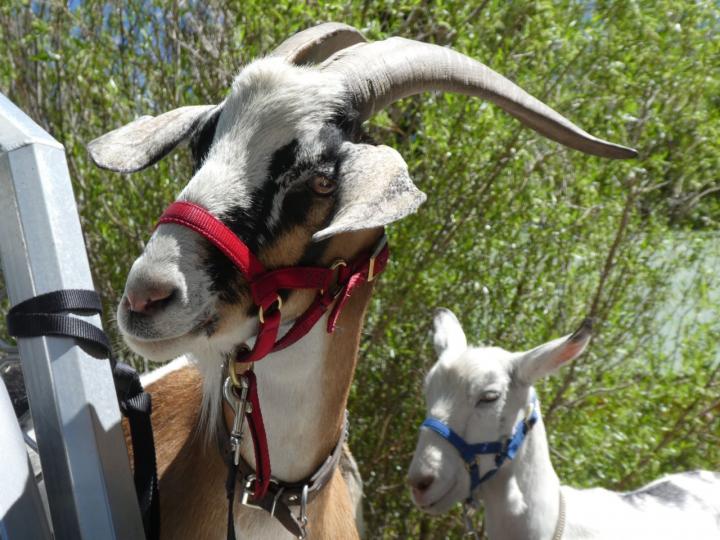 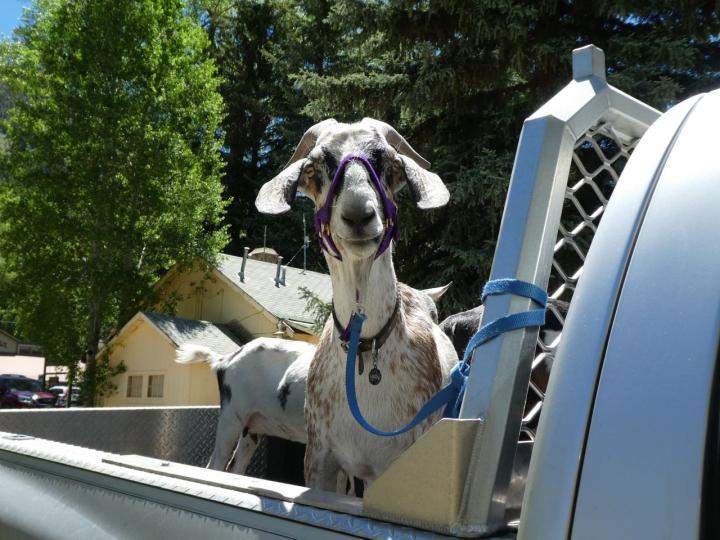 We originally planned to bring only Finn and Sputnik to the Rendy, but Tigerlily was still recovering from the trauma of losing her first kid and the mastitis that followed afterward. She needed to be milked 2-3 times a day and my milking help at home could only come in the morning, so we brought Tigerlily with us. I felt that the change of scenery would do her good, and it did. She also got quite a lot of sympathy from two sweet girls we met in the park. 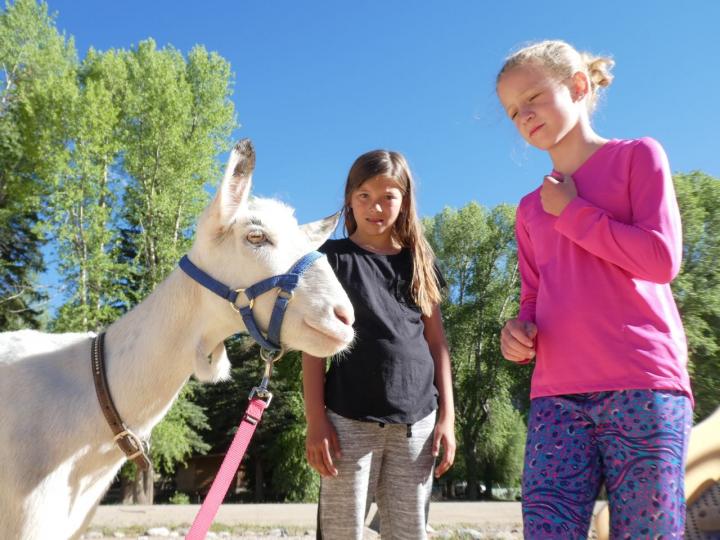 The Hartman family has owned the San Juan Soda Company since I was a little girl. I grew up with the Hartman kids, and eventually they started having their own kids. Everyone chips in to help run the soda shop in the summer. It is the epitome of the “family business.” 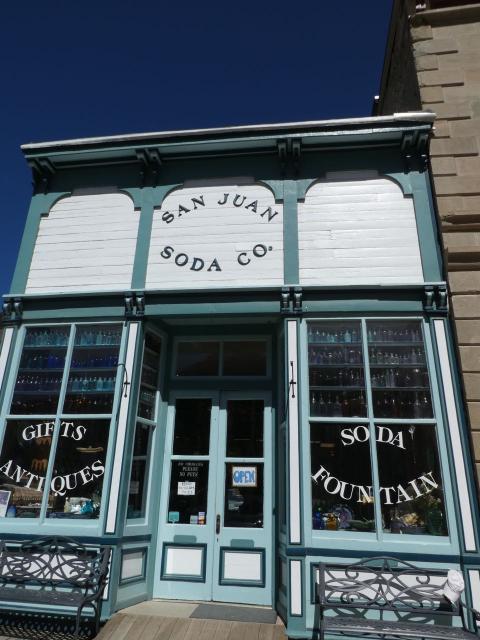 The Hartmans have preserved the original old bar with its bar stools and they serve ice cream in what looks like a proper old-fashioned drug store. 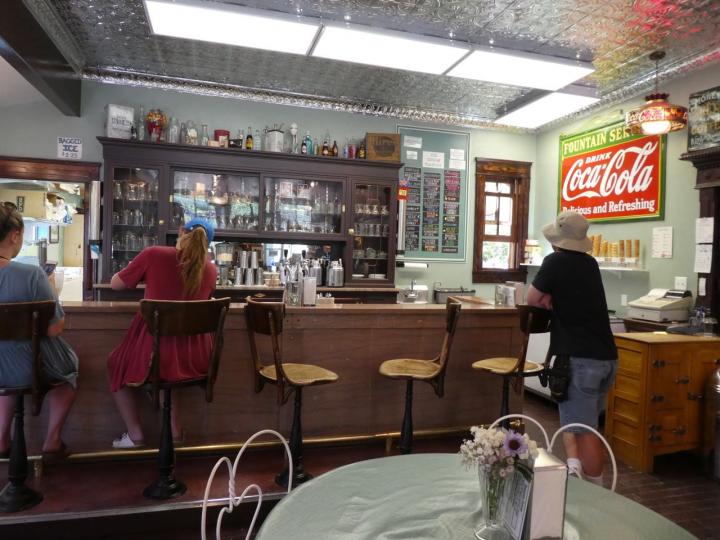 I had a fun time holding three goats and an ice cream cone and trying not to lose all four of them. 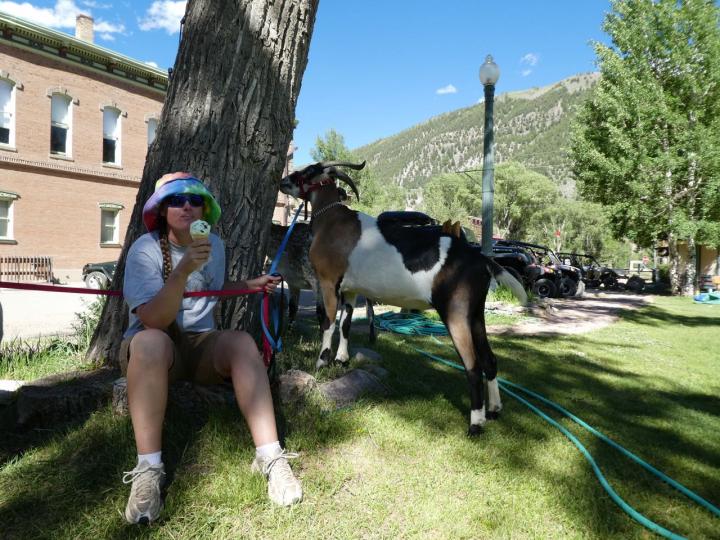 The Hartmans generously offered our goats as many broken waffle cones as Phil and Kate could carry away. While this photo makes it look like Finn is the hog, it was actually Sputnik who inhaled most of them, beating back all competition and daring them to come any closer. 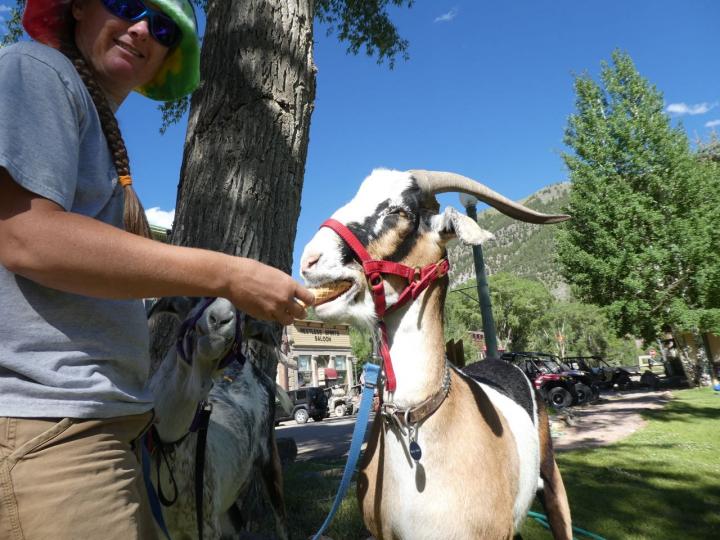