Well, we jumped the gun on kidding season this year! Today we went and bought two purebred Nubian bottle babies to be suitors for our Alpine girls this fall. I’m tired of trucking all over the countryside for a driveway breeding, only to discover that the doe went out of heat on the way to meet her boyfriend. We’ve had some good luck with driveway breedings, but we’ve also had our fair share of repeats and disappointments. This year we’ll have our own bucks! These cute little guys have no idea how important they’ll be come fall. As they say, the buck is half the herd. 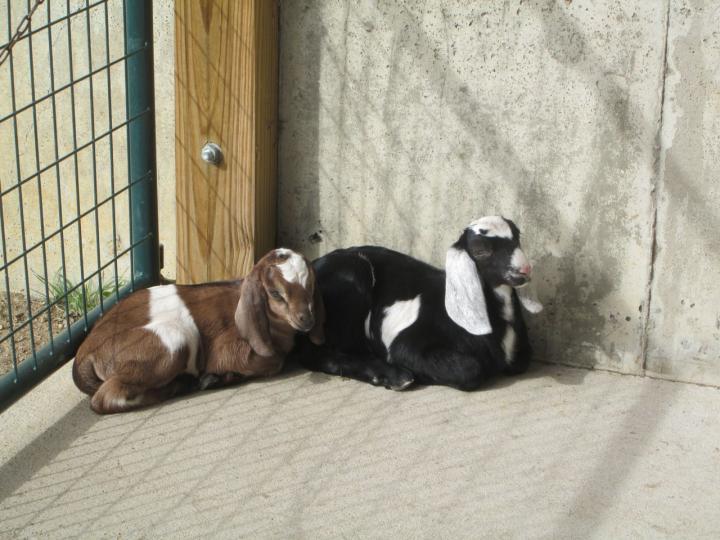 The other goats were very interested in the new arrivals. Nubbin was especially enamored with the little brown boy who looks just like the ones she lost two years ago. She mourned for them terribly and I think she still remembers them because as soon as she saw that little guy she went right for him. 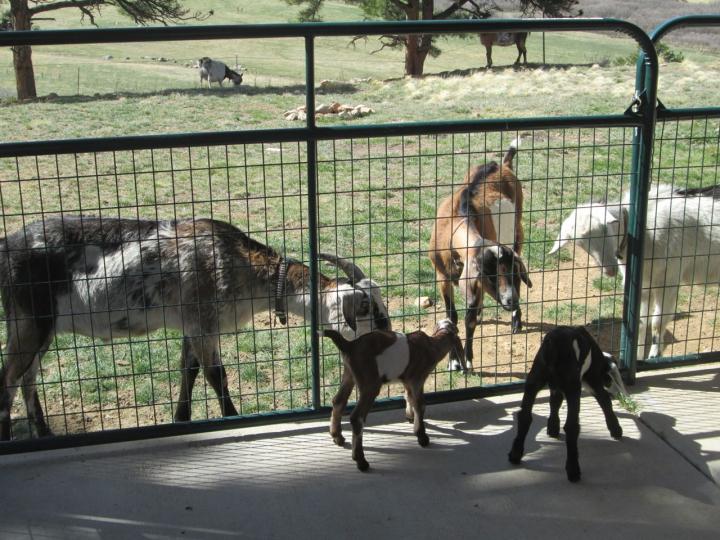 I let Nubbin into the enclosure and she gently followed him and kept nosing his bottom. I put her on the stanchion and she did not protest when I taught him to suckle from a real teat instead of a bottle. She was not so sure about the black one and did some kicking when I offered him a teat. But with some persistence I was able to get her to stand and get him to take the teat. I doubt it will happen, but I would love it if Nubbin adopted these two. It would make transition into my herd so much quicker and easier if they had a “mommy” to look after them and show them the ropes. In the meantime, they are cozily ensconced in a doghouse in the patio enclosure.

In other news, Delilah is spending her first night by herself in the kidding shed. I don’t think she’ll pop tonight, but she went through enough changes today that I think it’s time she had a room to herself “just in case”. I think she’s enjoying the privacy, and we get to keep an eye on her through the “goat-o-scope.”

1 thought on “They don’t yet know their significance”