This was a good year to stick closer to home and even get back to my roots. Cuzco is getting too old to make a two-day journey all the way to Utah, so in the interest of giving the old fella an easy time, Phil and I decided to have our “goat vacation” in my old hometown of Lake City, CO this year. My parents still own a house there so we were able to stay for free–an added bonus!

We started out the trip with a detour to Colorado Gators near Alamosa. There are lots of gators, and Phil made friends with one of the smaller specimens whose name escapes me. 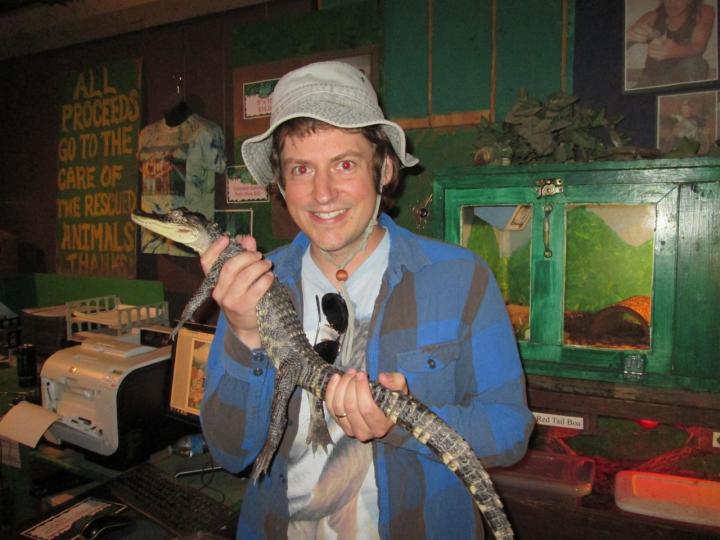 I made even better friends with a corn snake named Kali. She loved my hat and tried to get up under it. Unfortunately, she took the scenic route through my braid. Snake scales being what they are, once she started there was no going back. Several people had to intervene to feed her slowly through my hair–not easy seeing as she was fatter in the middle and my hair was braided fairly tight. But in the end we got her out with no damage to the snake or to my pigtail. 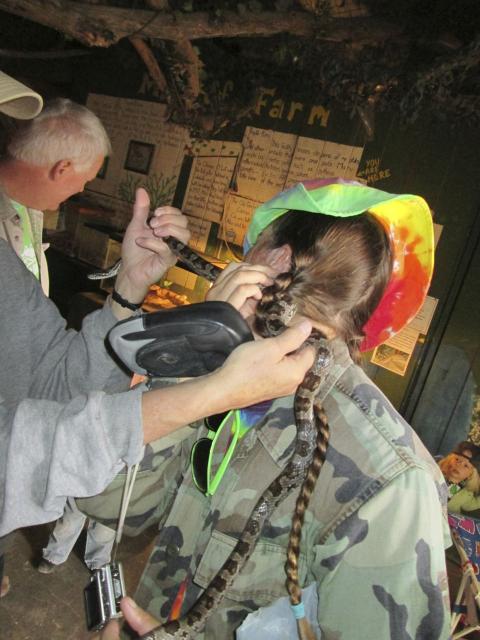 After the Gator Ranch we made our way to Lake City, where we were greeted by a late September blizzard over Slumgullion Pass. It was beautiful, but I was in shorts. I stopped somewhere near Creede to blanket Cuzco. He’s not as resistant to cold as he used to be. 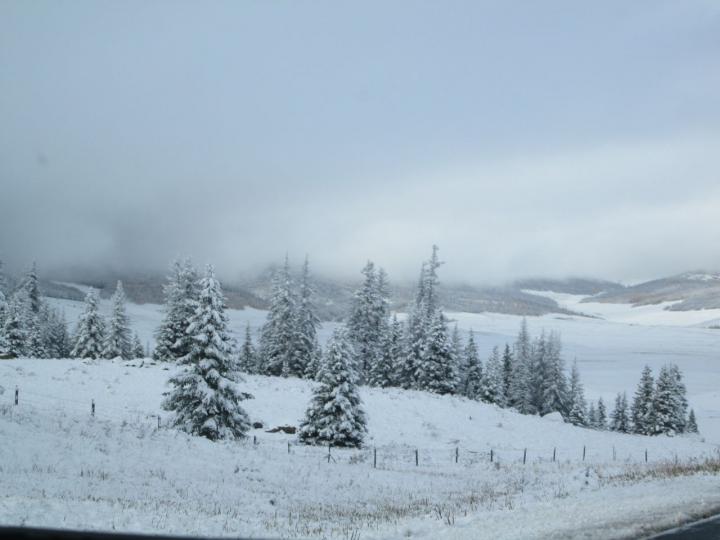 The golden aspens were a beautiful contrast to the fresh white snow. 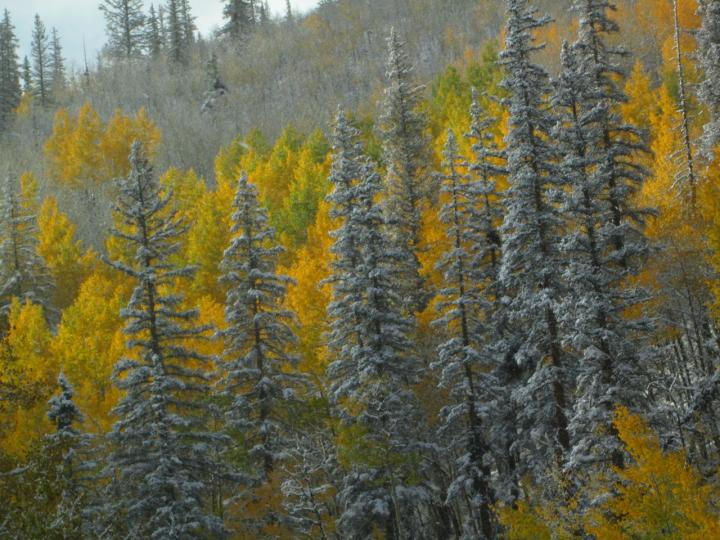 Our first day in Lake City was a cold one, but we braved a short hike anyhow. We didn’t plan to be out long and the goats were both coughing and sneezing after the chilly night in the trailer, so we took it easy and went without packs. 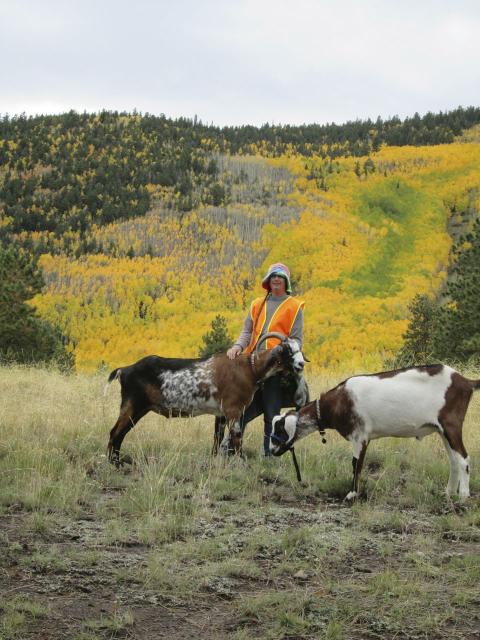 Cuzco gazes down at Lake City’s Ball Flats area. I wonder if he remembers living here? 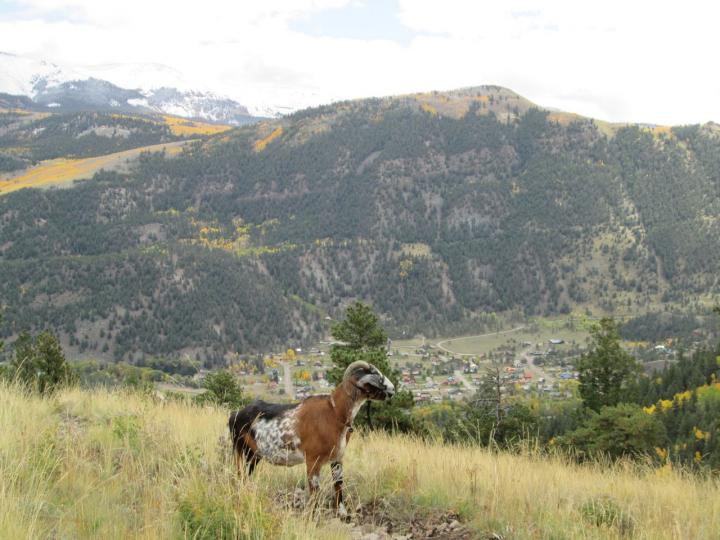 Phil wants a driveway paved with gold. I told him we should line the driveway with aspens and it will be gold every fall. 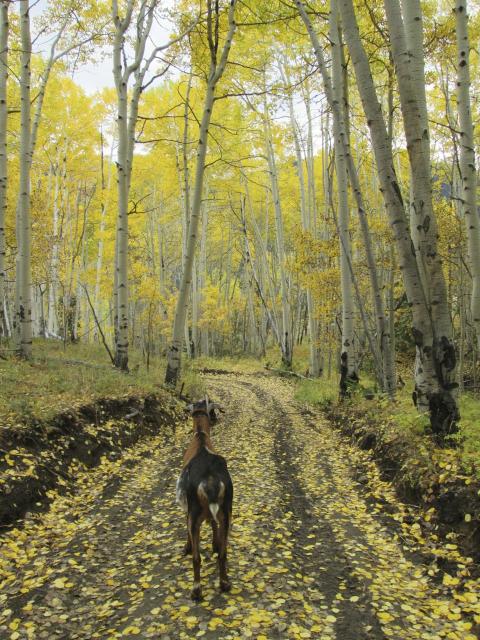