This past Thursday, Pueblo County Fair held their annual packgoat class. It’s always on the fair schedule, but no one seems to be in charge of it these days so Phil and I run it even though no one has ever officially asked us or even told us about it. For the last three years we’ve just showed up and taken command of the situation since it seems to be assumed that we’re in charge. There is a woman who is officially in charge on paper. I always call her–she has never called me, but every year she seems relieved when I tell her we’ll volunteer. It’s kind of an odd situation, but since it’s a lot of fun we don’t complain.

Except this year I’m complaining! Someone on the fair board decided it would be a good idea to schedule a mandatory 4-H meeting one hour after the start of the packgoat class. Since the meeting was to be held on the other side of the fairgrounds, parents didn’t want to let their kids get too far away, so attendance was dismal this year. We usually have quite a few kids and enough goats and enough time to hold a friendly obstacle course competition and have some races or other games with prizes. Not this year. We had hardly any kids this time, and the ones that could come were in a hurry and most didn’t have goats. We let them take turns with our goats, but it wasn’t quite as fun as other years because everyone felt rushed. 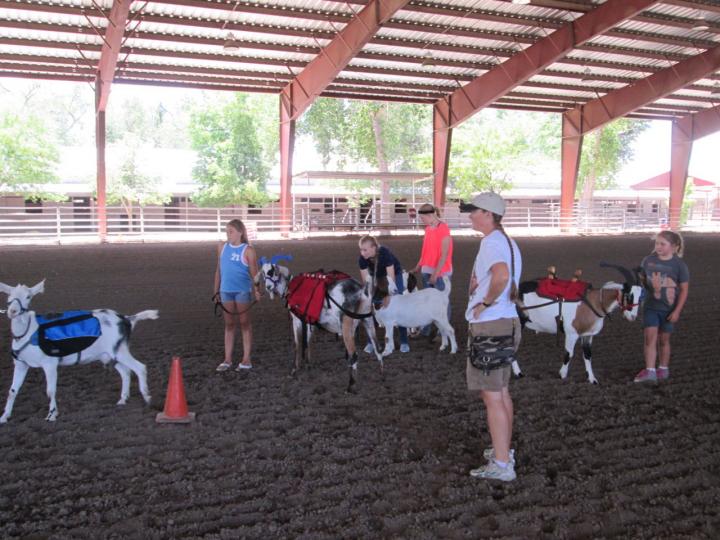 Tara was here as usual, and this time she played with Sputnik. This little girl was in love with Pac-Man when we brought him to this event several years ago, and she got him to do things he wouldn’t even try for me. This time she got to work with Pac-Man’s son and he did well for her. 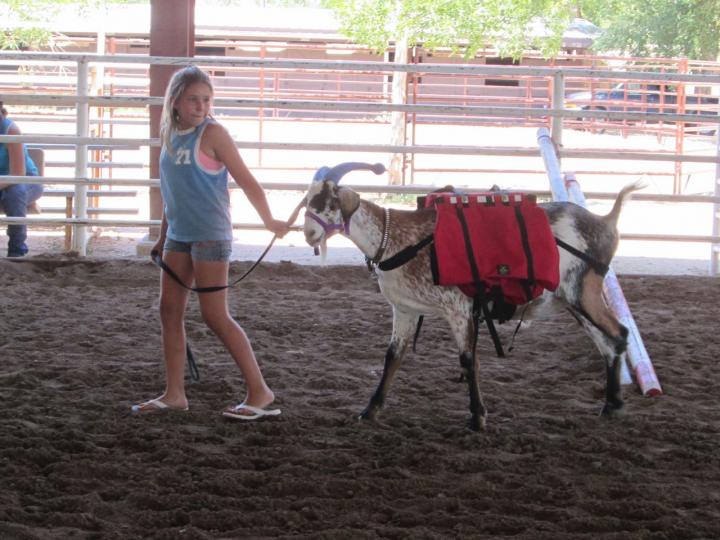 I wish this photo wasn’t blurry because it’s absolutely adorable. 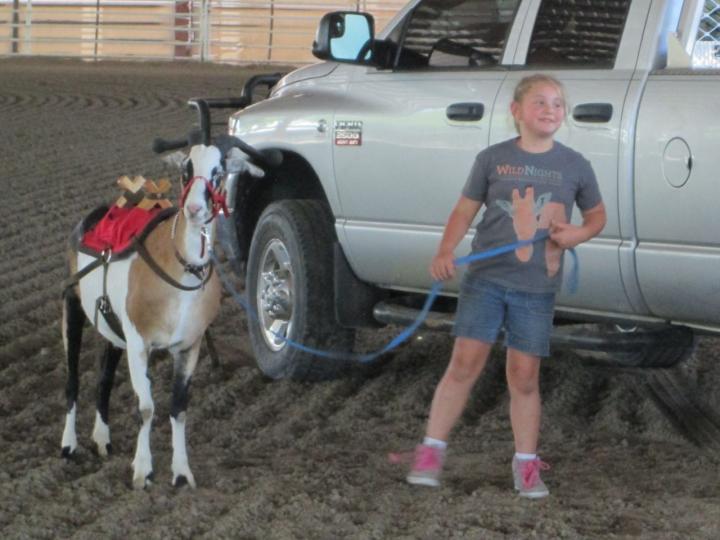 A young man named Billy did well with Tigerlily and eventually convinced her to do all the obstacles for him even though she was skittish about some of them at first. 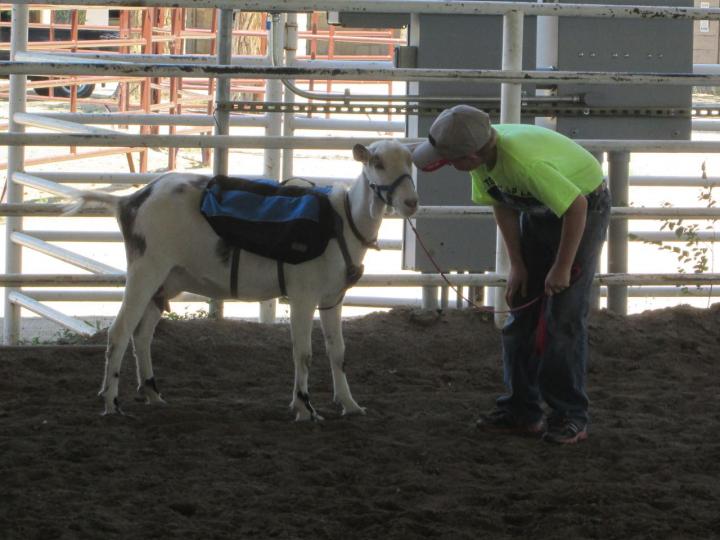 My friend Jordan came with her young packgoat-in-training, Geronimo. Geronimo did amazingly well considering how little time Jordan has had to work with him. She’s in college and can only come down a few weekends per semester, so Geronimo doesn’t get much handling. Nevertheless, he took all the obstacles in stride, including this sled drag which was scary for several of the goats. 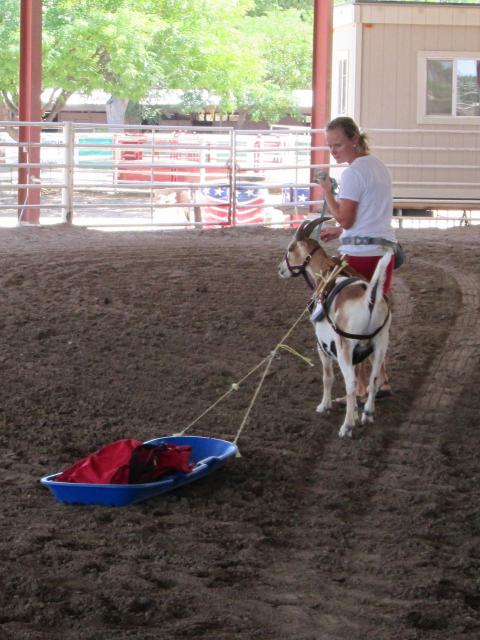 Oops! Runaway goat! One of our obstacles involved dropping the goat’s leash and picking up his front foot to clean it off with a hoof brush. Obviously the entire point is for the goat to stand obediently while his feet are handled. Sputnik wasn’t so sure about that one and only did that obstacle well for me. Everyone else needed to hang onto him. 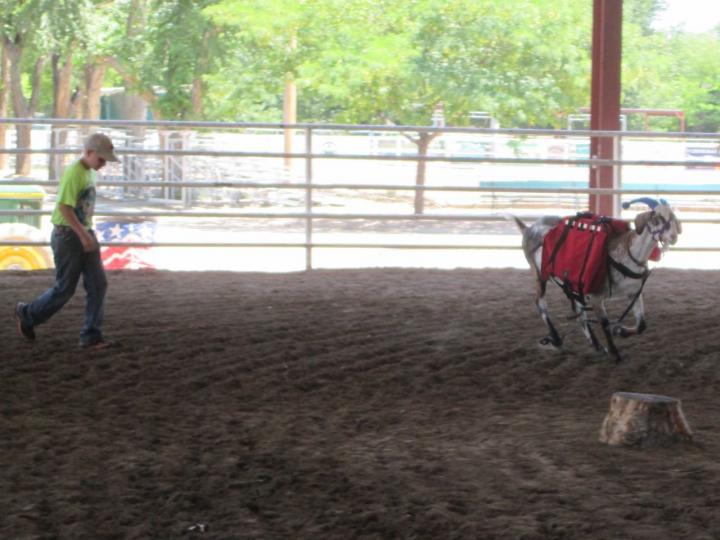 Finn did well this year in contrast to last summer when he decided to play stupid and incompetent for the young man who was handling him. Phil took a more active role this year in making sure Finn obeyed his various handlers and it payed off. 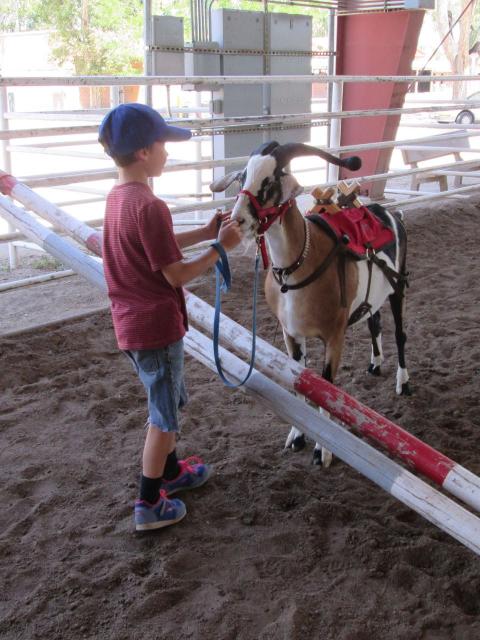 Tigerlily was a lot of fun to work with this year. She started out skittish with some of the obstacles, but I spent a little time introducing her to all of them before handing her over to the kids. They continued working with her and by the time we were finished she was doing all of them like a champ. 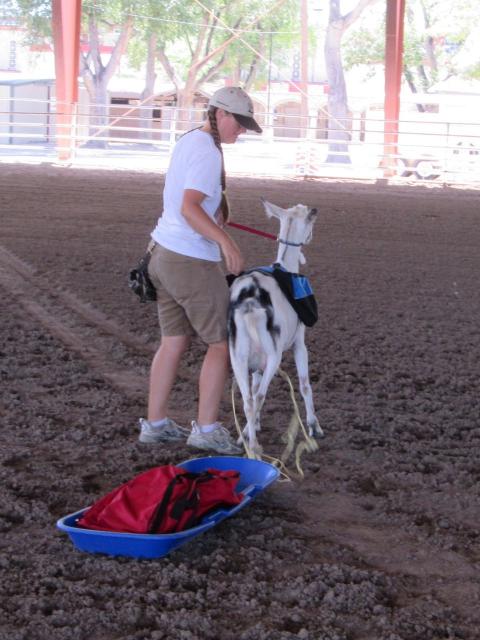 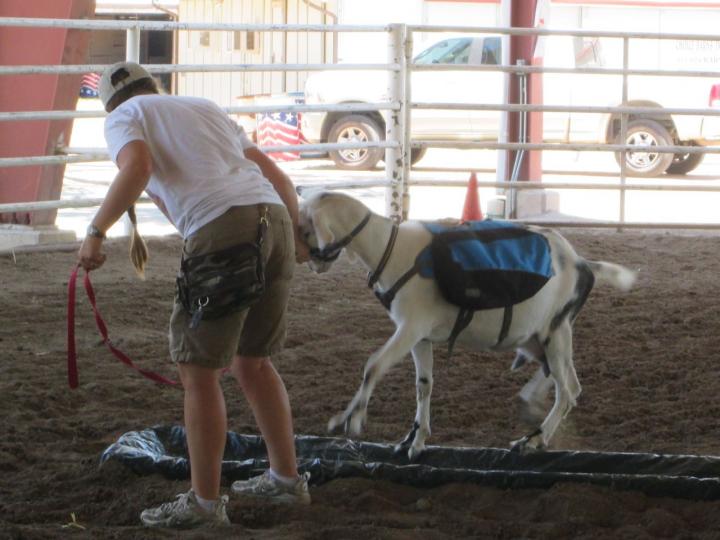 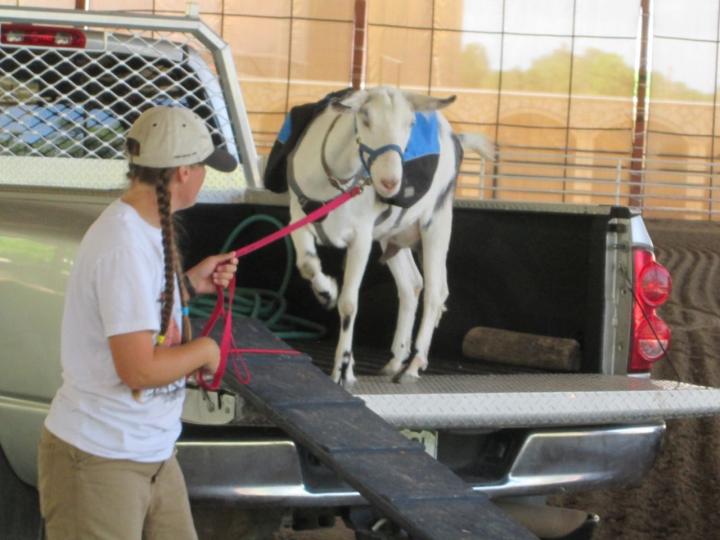