It’s been a while since I’ve posted, but then again, there hasn’t been a ton of activity around here lately. The piles of January snow melted into mud, and just as the grass started poking through and things began to dry out near the end of February, we got more snow! We’ve been very fortunate to have so much moisture this winter. I’ve been trying to keep up with the firewood. Snow came so early this year that I wasn’t prepared, so I’ve been having to cut wood through the winter as weather and ground conditions allow.

The goats enjoyed a little sunshine and dry ground in mid-February. 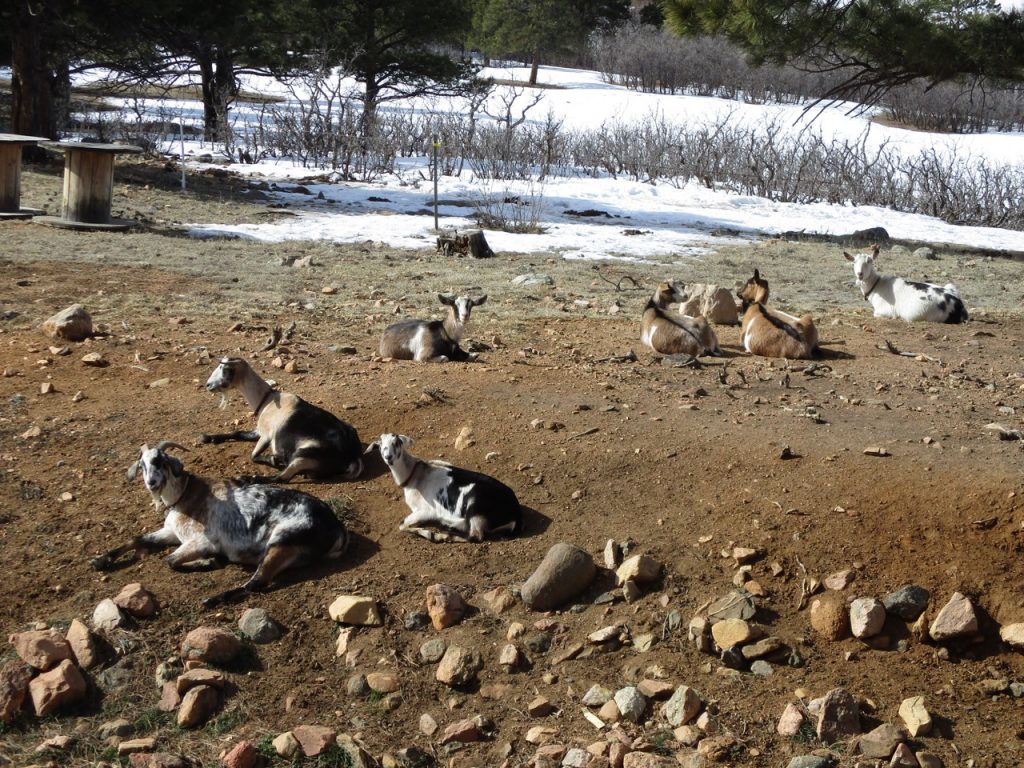 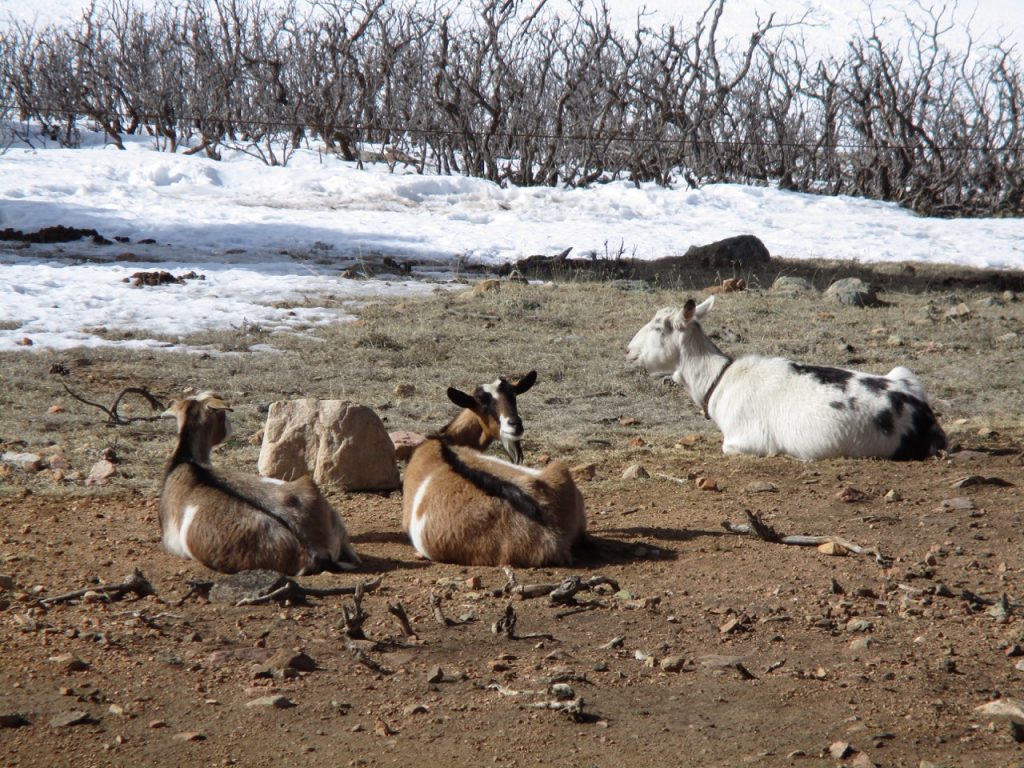 I love how family groups stay together. Petunia, Sputnik, and Skeeter are always hanging out in a friendly little group. 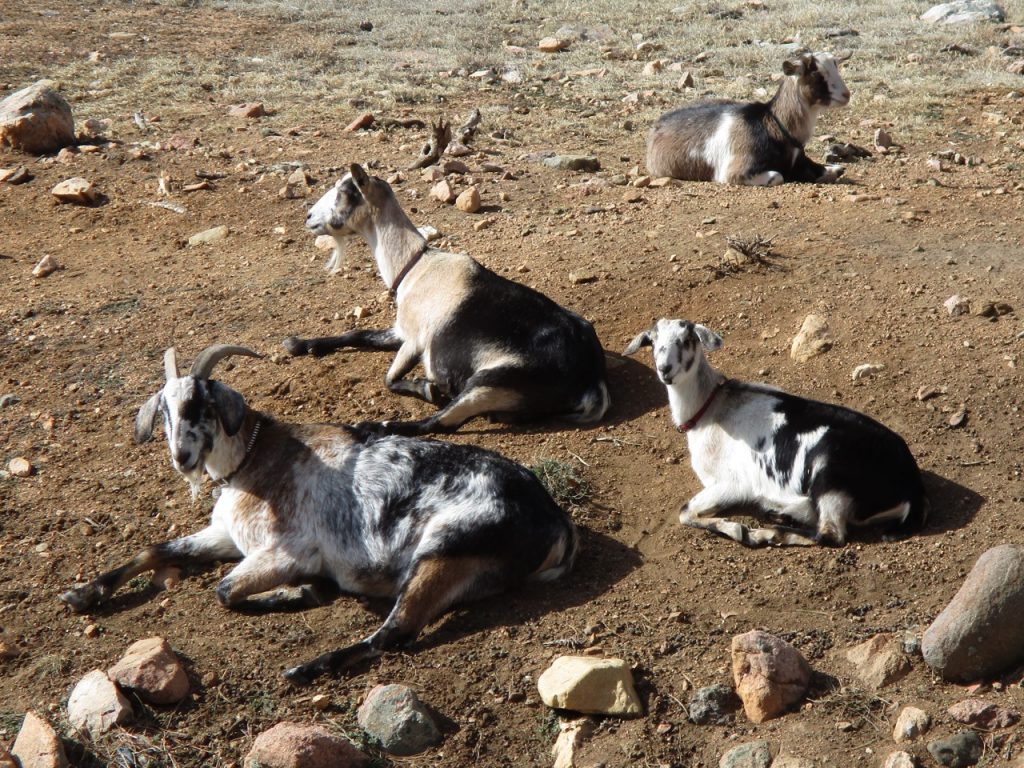 Sadie doesn’t have a family group, so she floats around from one friend to another. She goes back and forth between the herd social butterfly and the herd outcast. 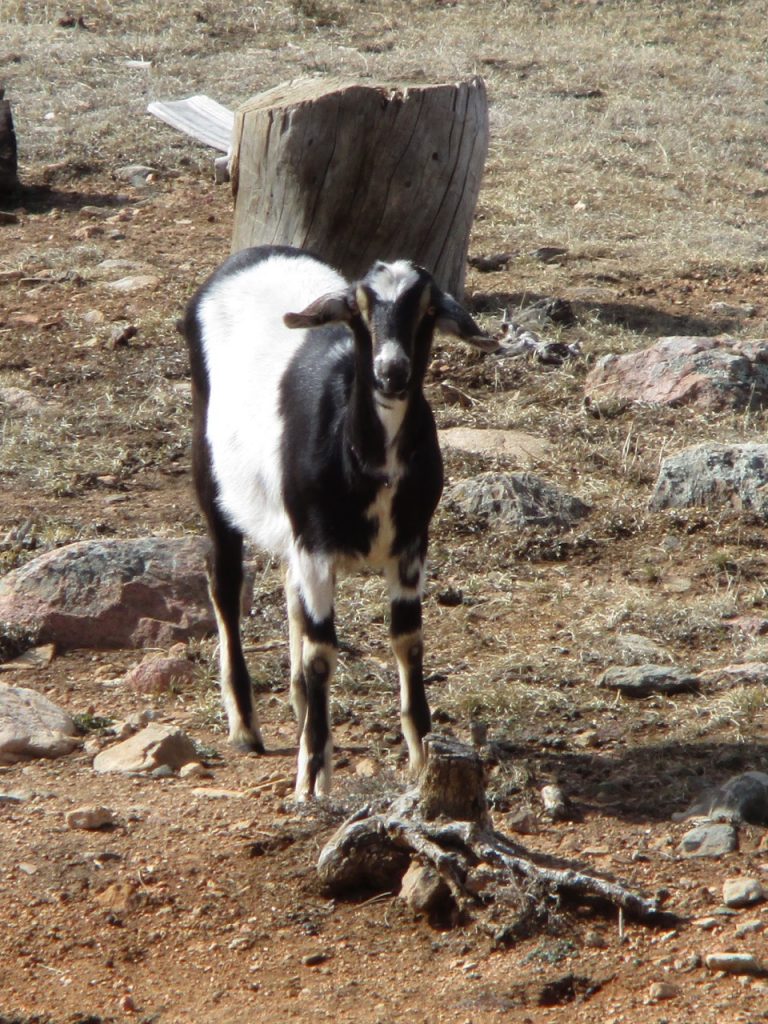 Sometime mid-February, someone had a birthday! Can you believe this guy is 40 years old?? The t-shirt seems appropriate. With a herd of goats outside his door, a magical unicorn cake ,and multi-colored cupcakes on his birthday, this man is definitely “living the dream!” 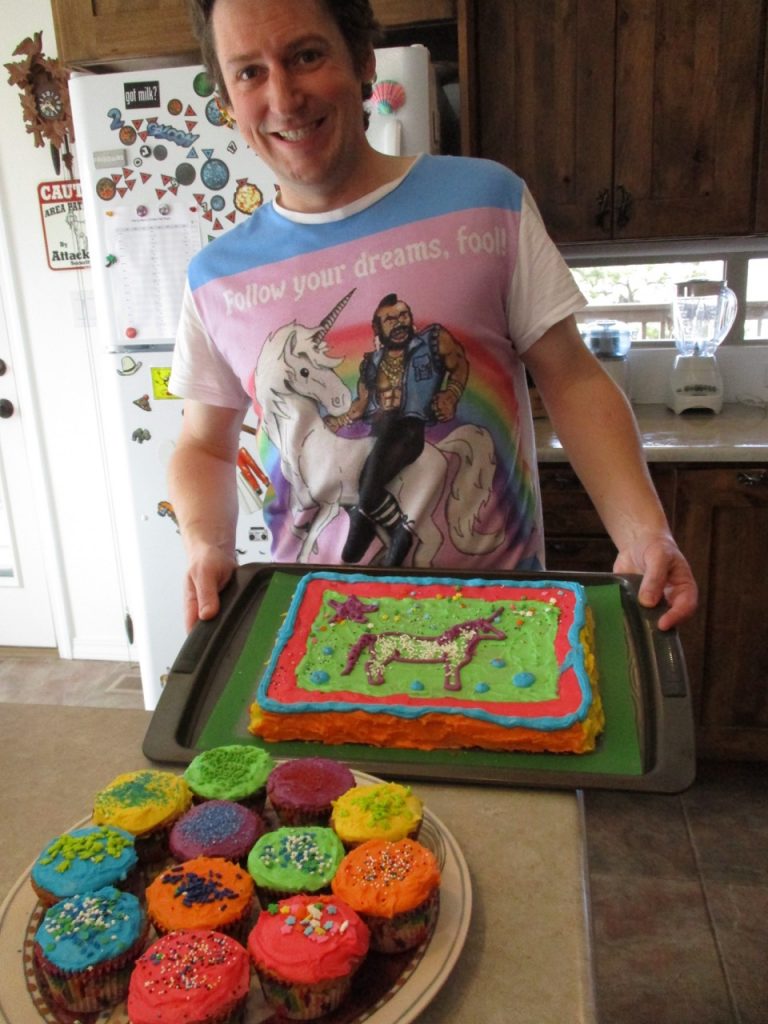 The snow came back near the end of February. The sun came up like a pillar of fire and then vanished behind a heavy cloud bank. 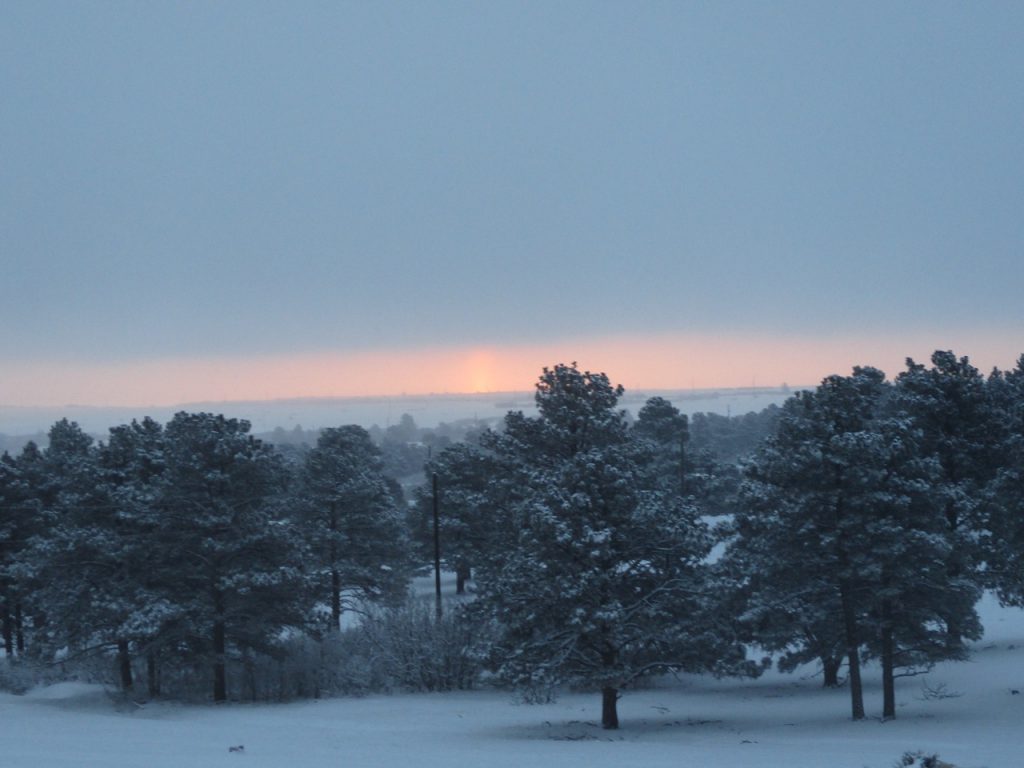 The fog monster descends… It was funny because the morning was filled with bright sunshine before the cloud bank rolled down the valley. Within a few short minutes, our house was engulfed and we couldn’t even see the trees in the foreground. 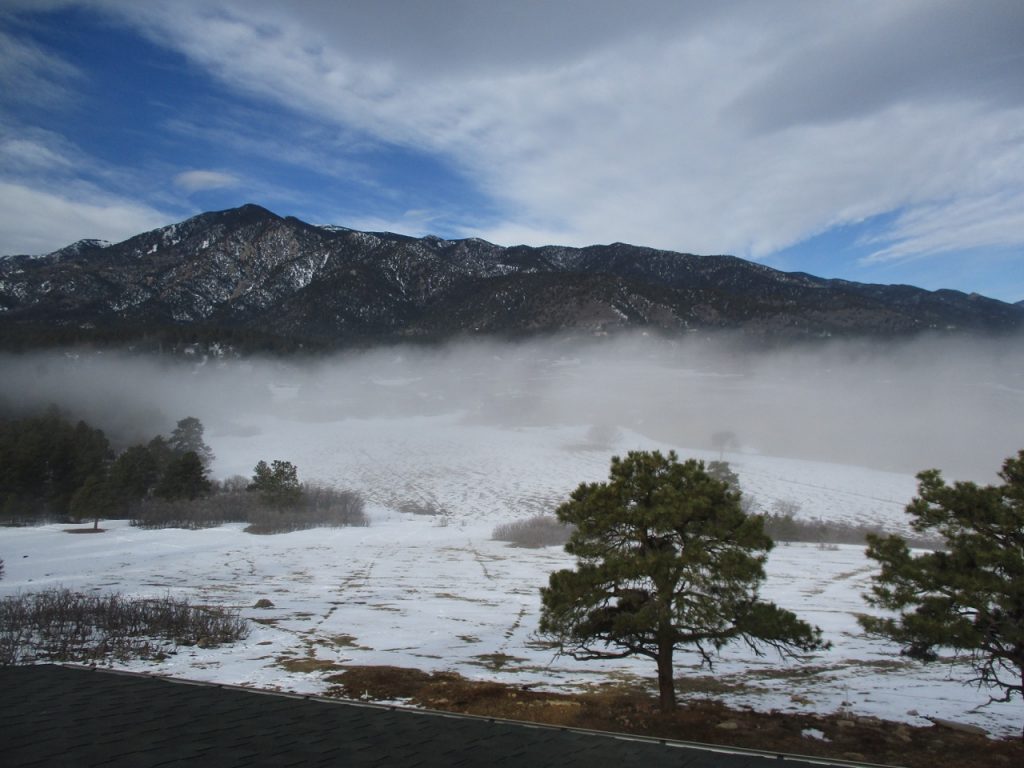 On March 2nd, Phil and I participated in a play called, “Pirates, the Musical.” Believe it or not, Phil was the “King of the High C’s,” a famous pirate vocalist and the star of the show. I was but a lowly swab. 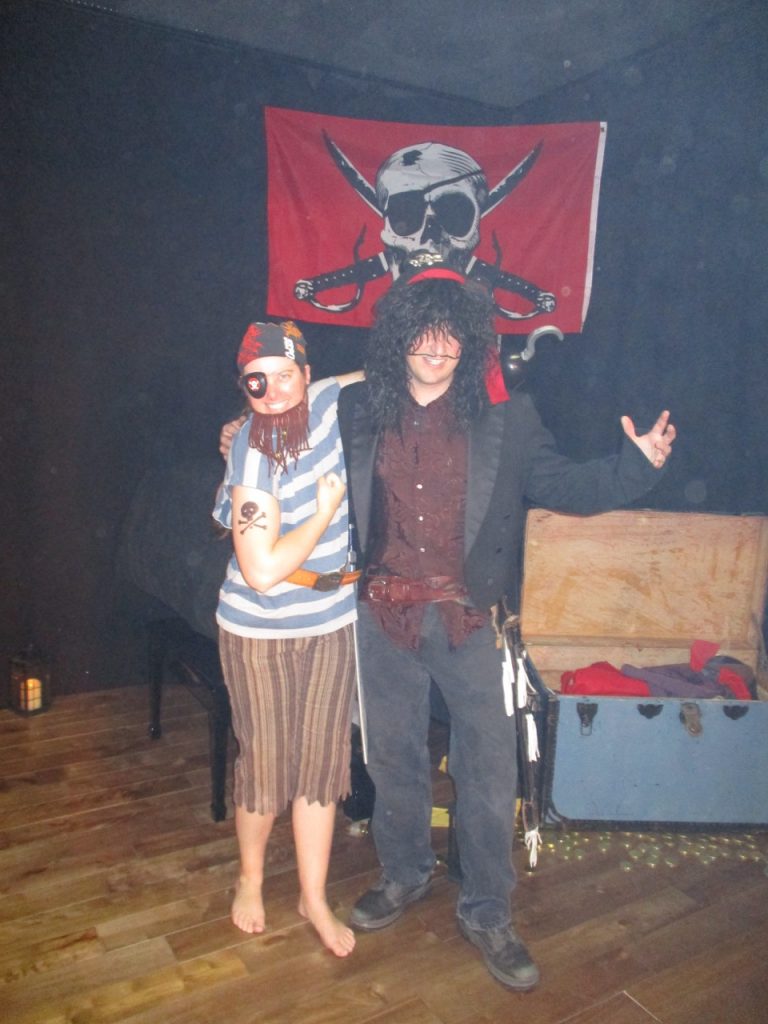