At the end of June, Phil and I took a quick trip to Creede and Lake City to visit family and friends. The Creede visit included a reunion of my dad’s side of the family where we gathered to celebrate my aunt Jenny’s 45th anniversary of being in business there with her shop, Rare Things. It was a great time with aunts, uncles, and cousins. We went hiking, we went on a mine tour, we visited the Creede museum, we went to a Rare Things celebratory dance at the Elks Lodge, and we ate a lot of good food.

Here I am overlooking the town of Creede. 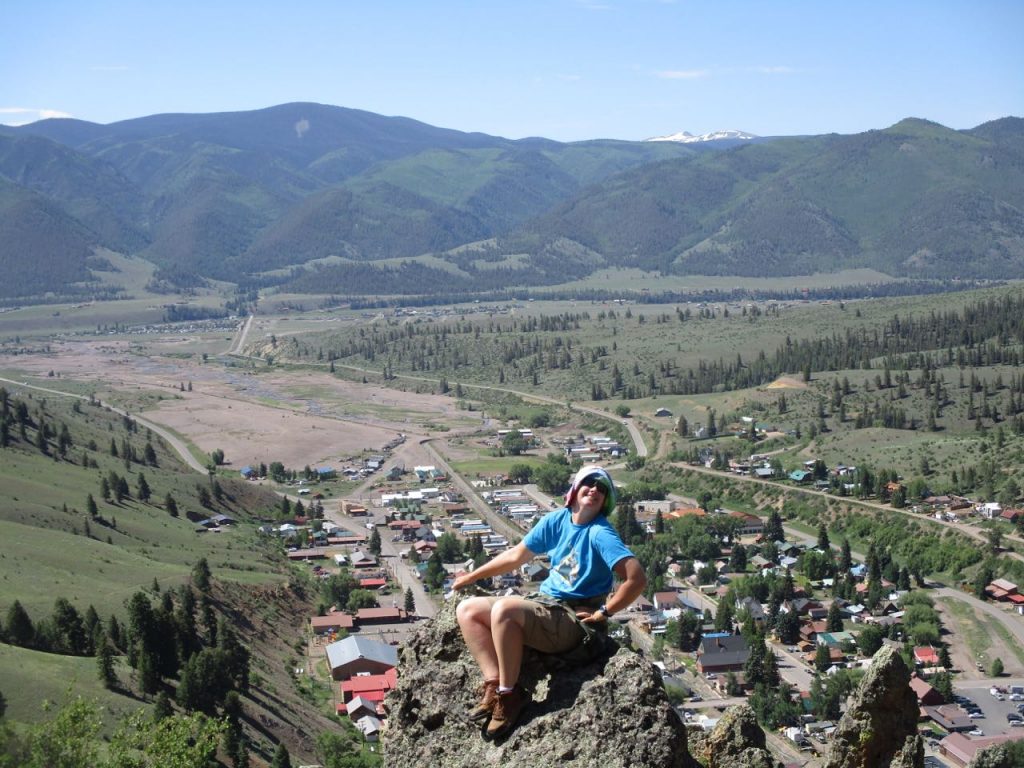 Phil tried to roll this boulder off the hillside. He was not successful. 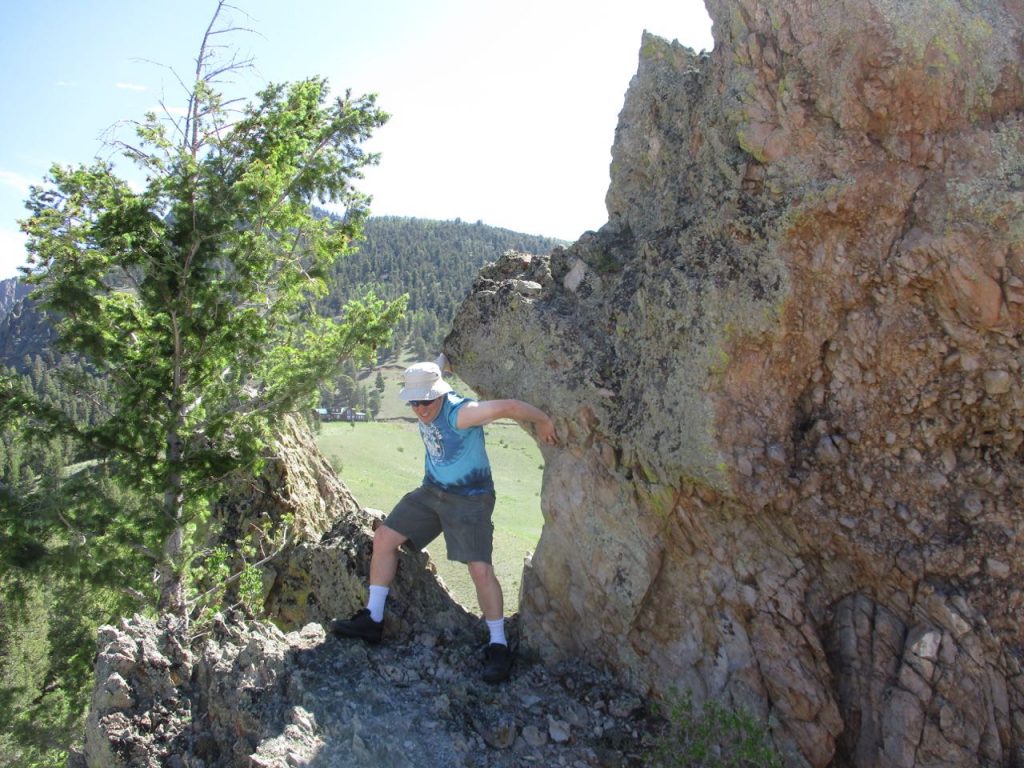 The best part of the Creede Museum was this homemade bowling ball cannon out front! It was an extremely “redneck” design but apparently it worked extremely well. The man who made it would shoot bowling balls across the valley, right over the town of Creede! Those bowling balls would fly half a mile! Unfortunately the sheriff made him stop one day after he almost nailed some people hiking down the trail above Creede. Please note: This is all modern history–not some decades-old story that happened in the wild west days. 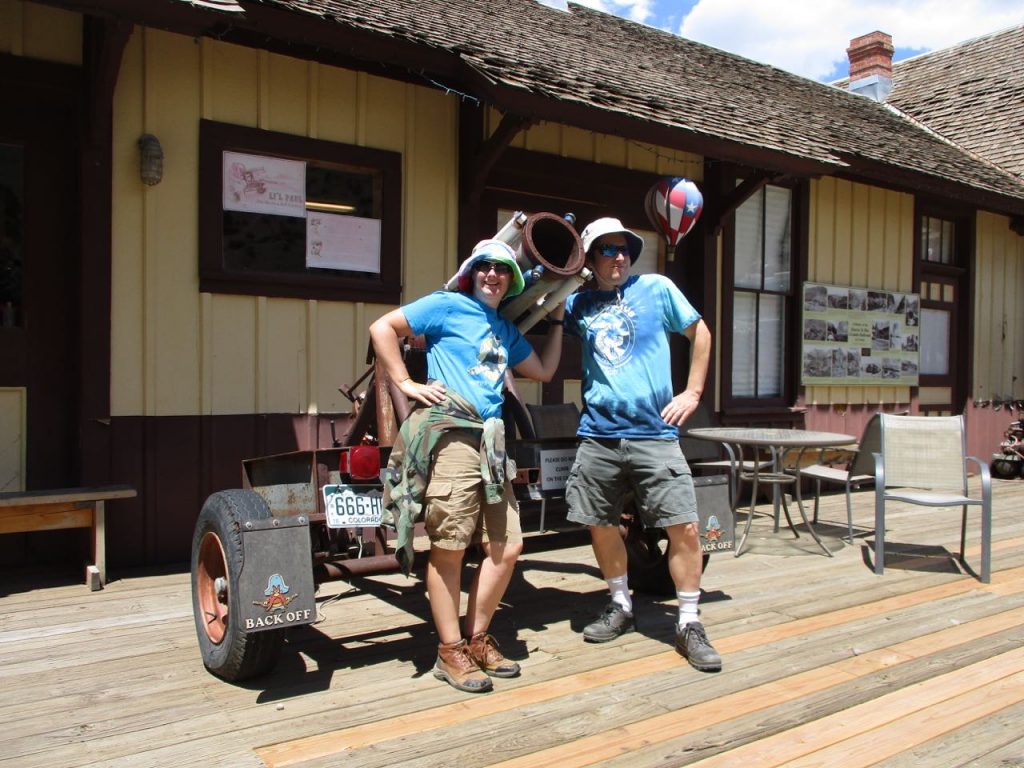 Phil just had to grab a bit at The Mac Mine food truck, which specialized in selling macaroni ‘n’ cheese to which you could add various toppings. 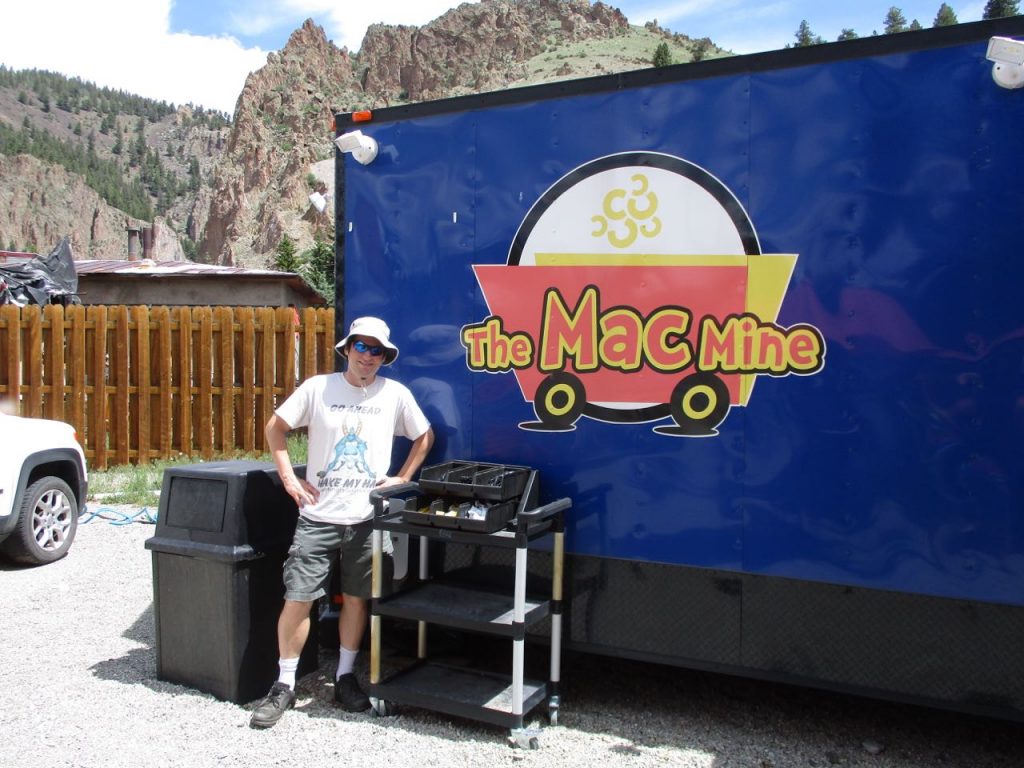 After Creede, we took a brief trip to Lake City to visit some friends there. Lake City had a very heavy winter with as much as 400% of average snowfall. Numerous avalanches came down the mountainsides, blocking roads and even taking out one house belonging to the local sheriff. He and his daughters miraculously survived, but the house was obliterated.

Phil and I took ourselves on an “avalanche tour” of the valleys around Lake City and saw dozens of slides of various sizes. 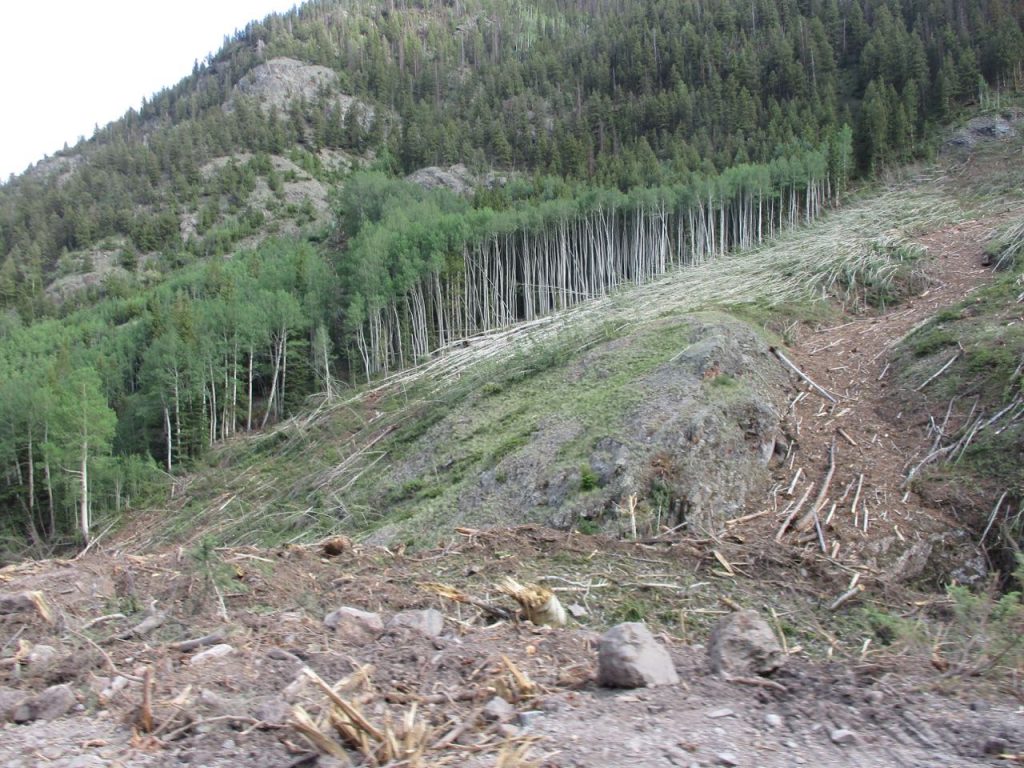 A lot of timber came down, making it very difficult to open the 4WD roads out of Lake City. Several of the avalanches were so big they wiped out trees way up the opposite side of the mountain from which they came down. I was told there is a slide up near Animas Forks (between Lake City and Silverton) that has snow and logs piled 120 feet deep. They don’t know if they will be able to open the pass this summer, which if course is hurting tourism. 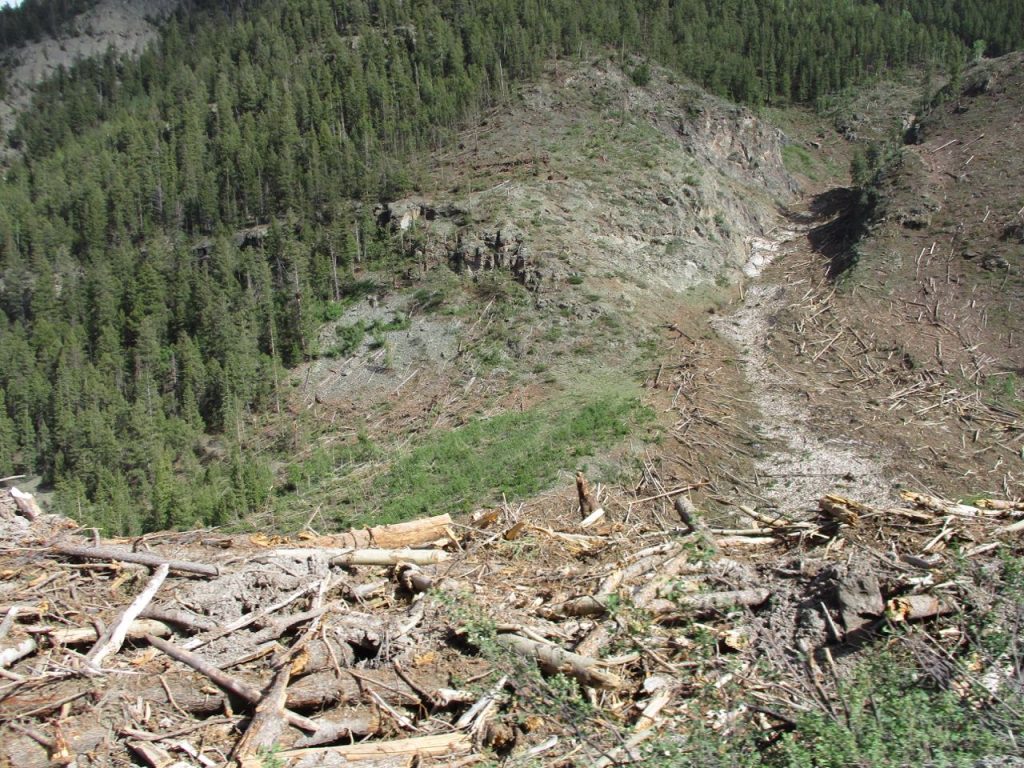 It was cool to watch the water disappear under the huge masses of snow, dirt, and logs, only to reappear further down. 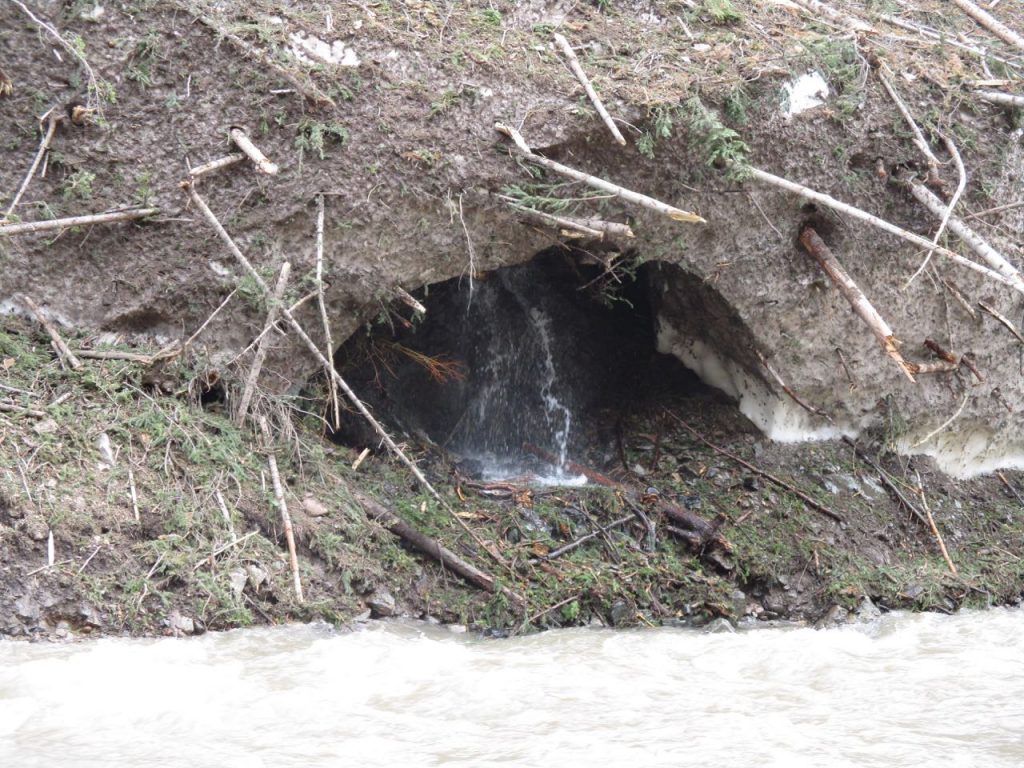 The high water is also hurting tourism since fishing is usually one of Lake City’s biggest draws. Maybe the fall fishing will make up for it this year. During our trip, Henson Creek was overflowing its banks just above Snowden Meadow where we held the 2017 NAPgA Rendy. 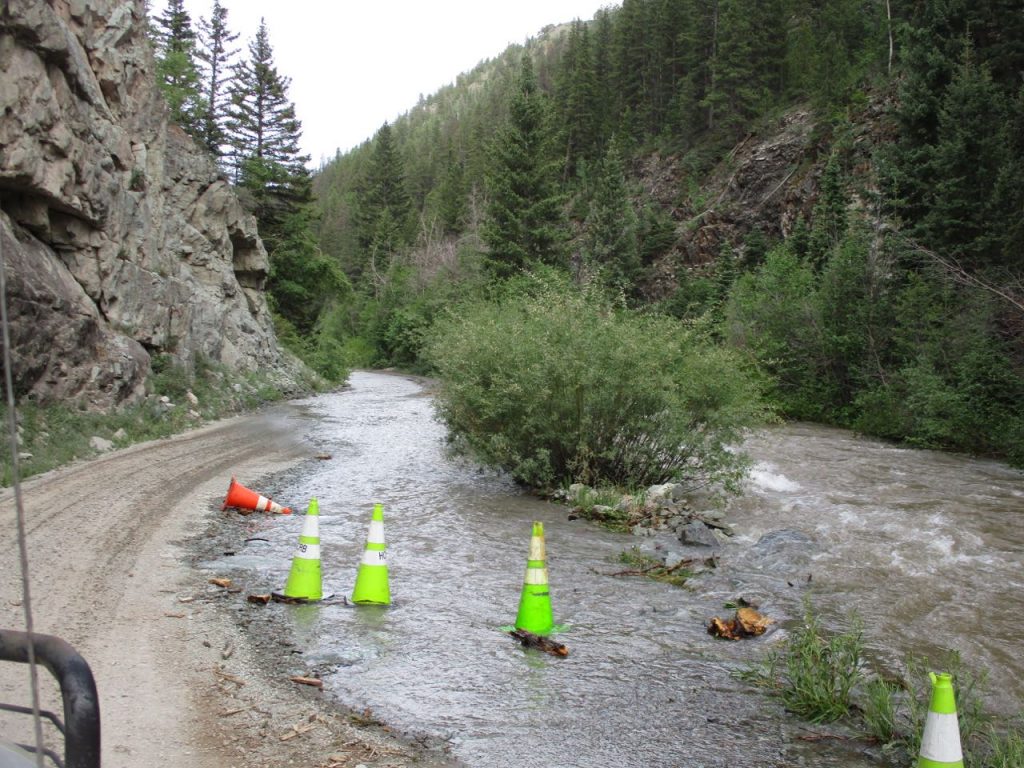 The sturdy log bridges we built at the Rendy two years ago got washed away in this year’s floods. 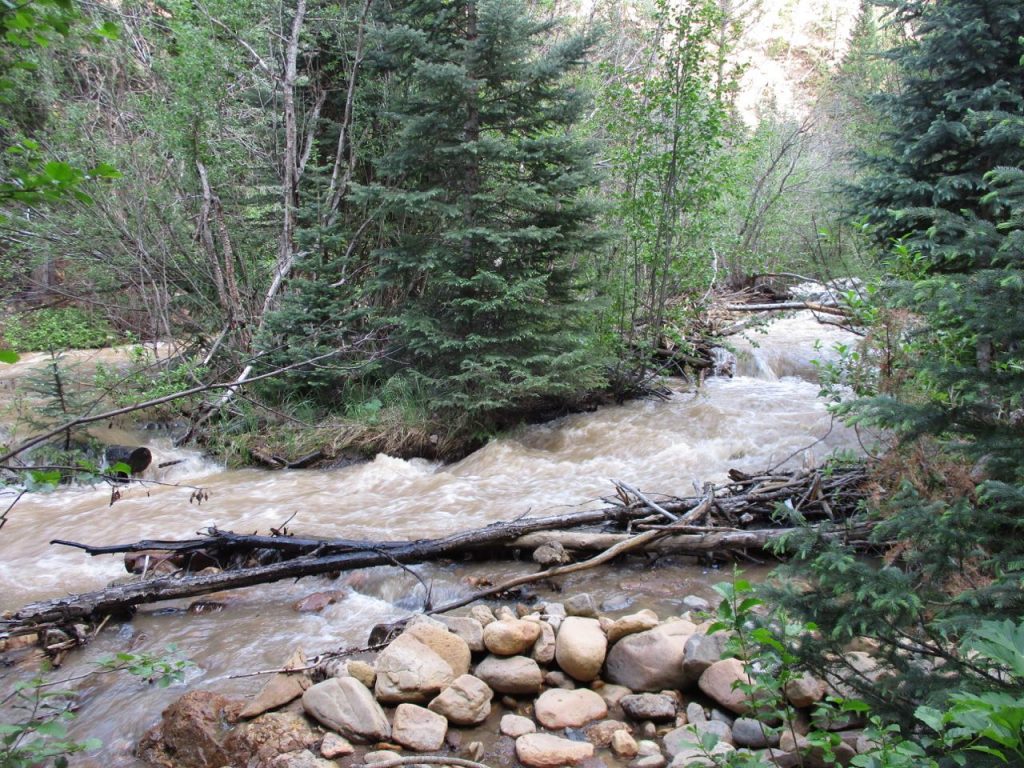 But the rock dam we built stayed in place and kept the water from flowing down the trail as it once did! 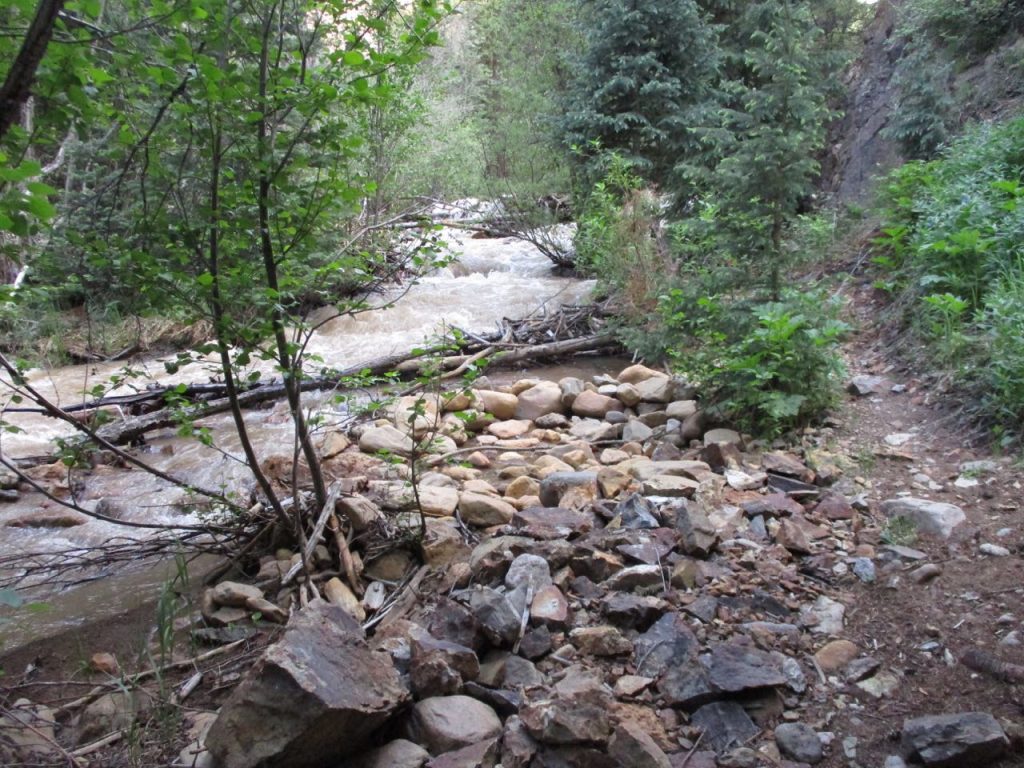 Also, the rock we placed on this 30 feet of trail is still going strong and staying above water. Finn helped move these rocks! 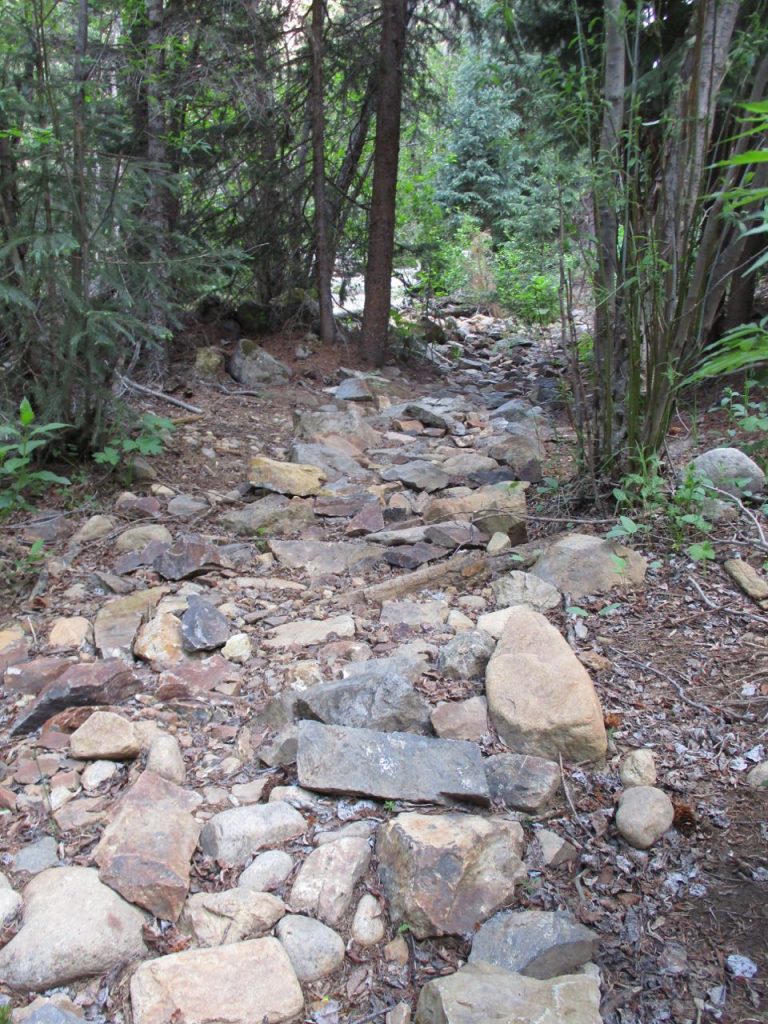 And we saw a moose in the willows near the riverbank. This was Phil’s first time seeing a moose in the wild. The photo is so lousy we could probably claim we actually saw Bigfoot, but no, she’s a moose. There is a calf in the willows just ahead of her, but it didn’t show up in the photo except as a tiny tawny patch. It was actually a very big moose calf, but I guess it was shy because it hid in the bushes as soon as we slowed down to take a picture. 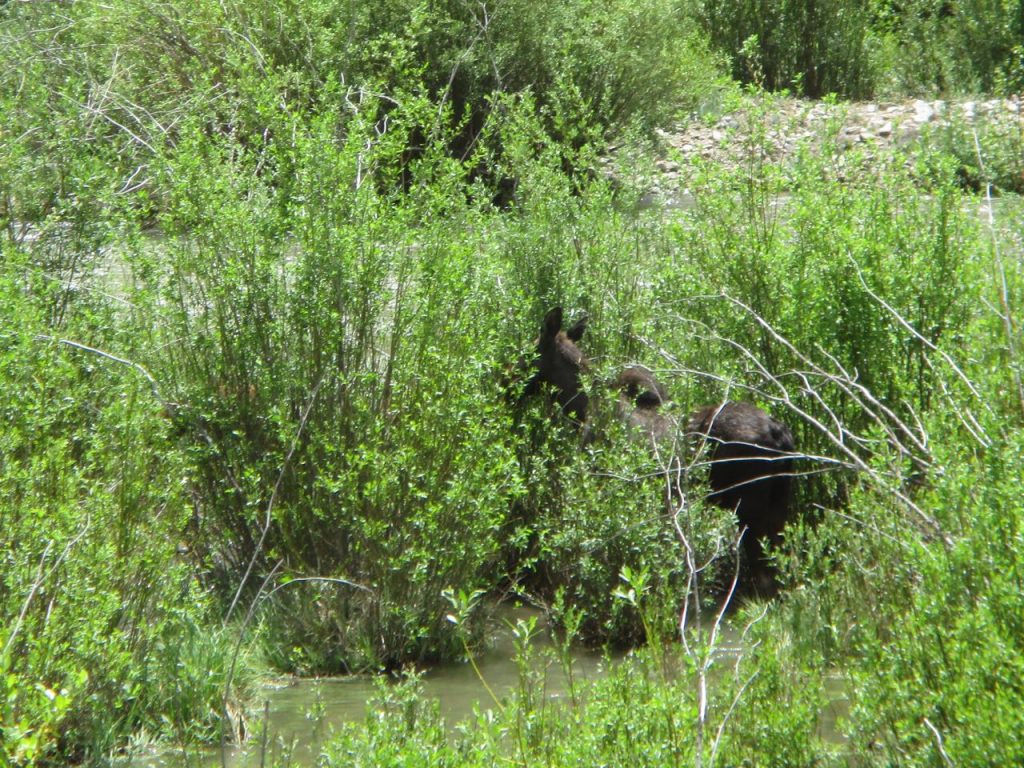 6 thoughts on “Back to the Ol’ Stomping Grounds”