We took it easy our first day in Arkansas. The lady at Lost Valley Canoe & Cabins was very helpful with trail suggestions and sent us to Whitaker Point, also known as Hawksbill Crag. It is one of the iconic hikes in the area but not very long or strenuous–perfect for warming up. We saddled the goats even though there was nothing to bring on such a short hike. We figured it would make them look a little more “legitimate” in case anyone gave us grief about bringing goats into the National Forest (we’d heard rumors that the park rangers might be uptight about them).

Although devoid of any heart, this tree was still thriving with no more than a half-shell of outer bark to support it. Yes, I’m sticking my hand (and foot) through the tree and Sputnik thinks I’m a complete idiot.
“I don’t know her.” 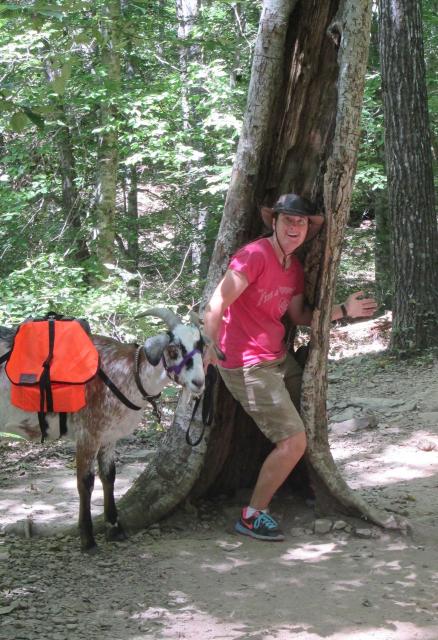 “Aw, you do too know me, Sputnik. Just admit it and gimme some sugar.” 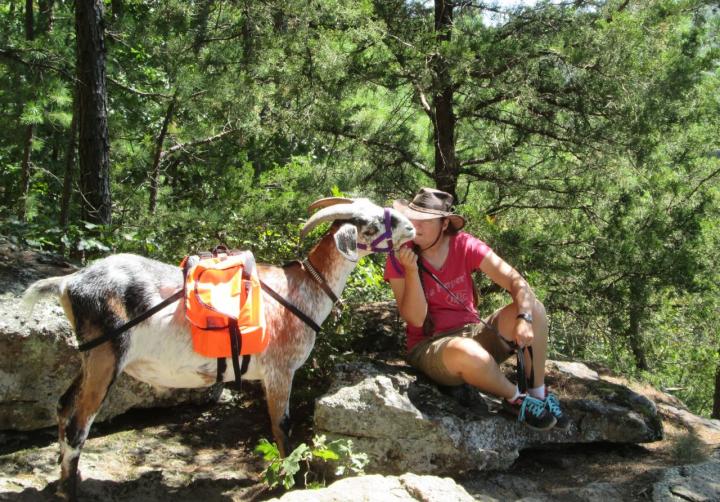 There were some cool alien rocks along the trail. Or maybe it’s the fossilized tentacle from a giant squid. See the suction cups? 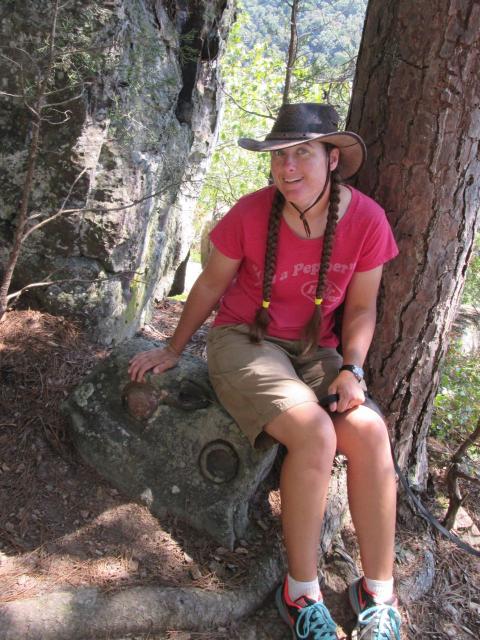 Some of the rocks were anti-gravity! 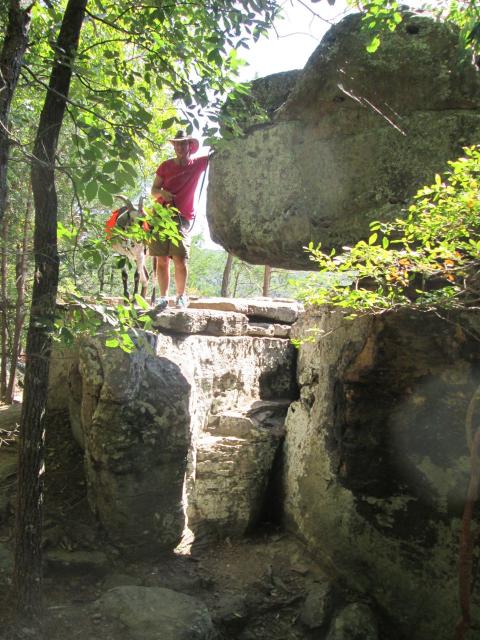 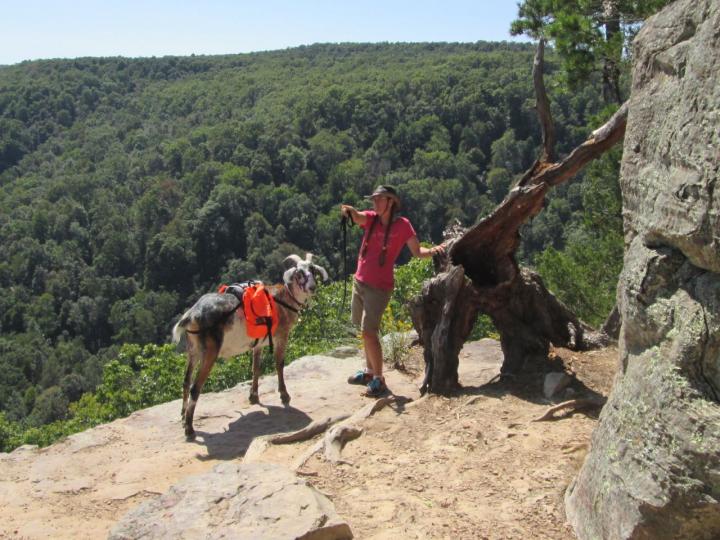 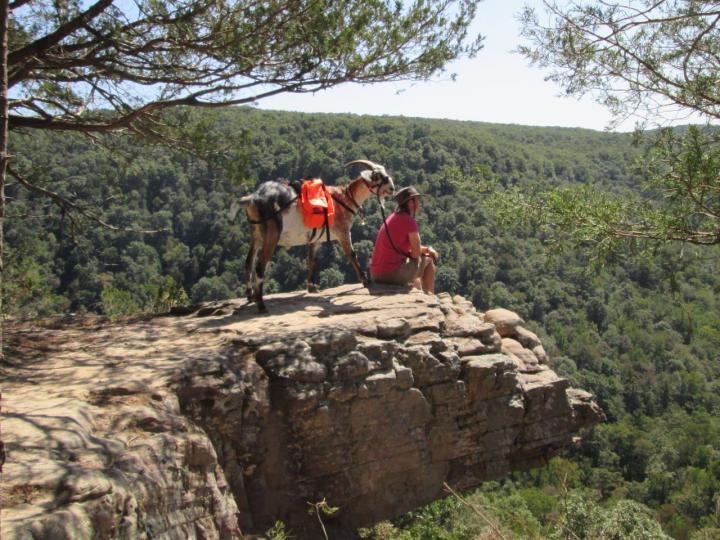 Finally, the real Hawksbill Crag! Phil and Finn checked it out first. I had a hard time getting pictures of them because people kept walking into the camera view and I was too far away to ask them to please move back. 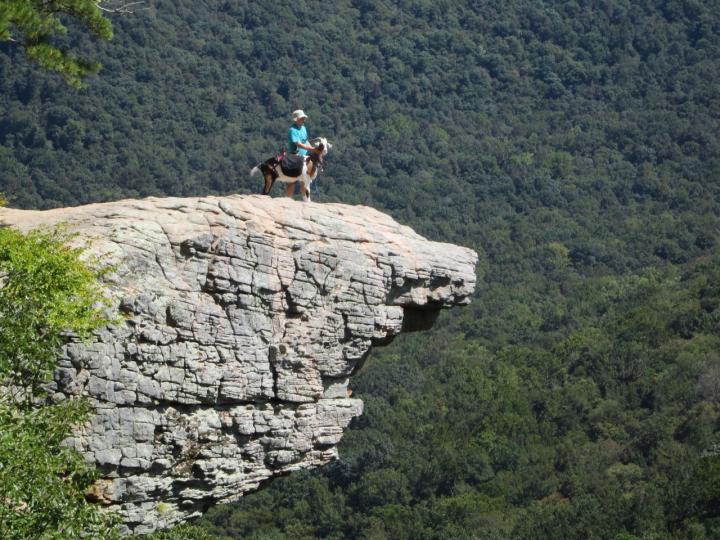 They cleared out for me and Sputnik. Not sure why. Maybe we needed a bath. 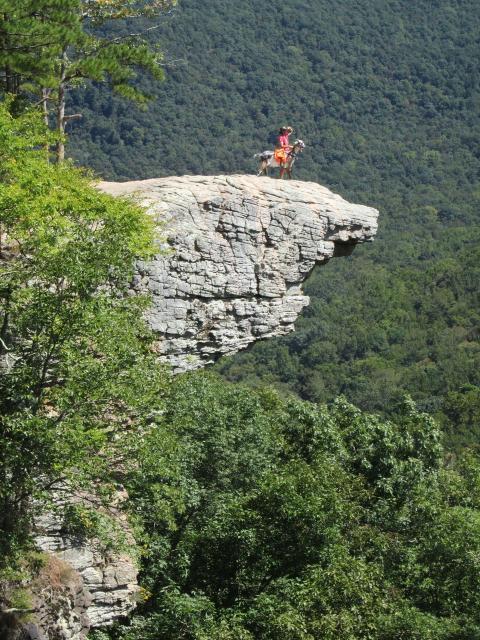 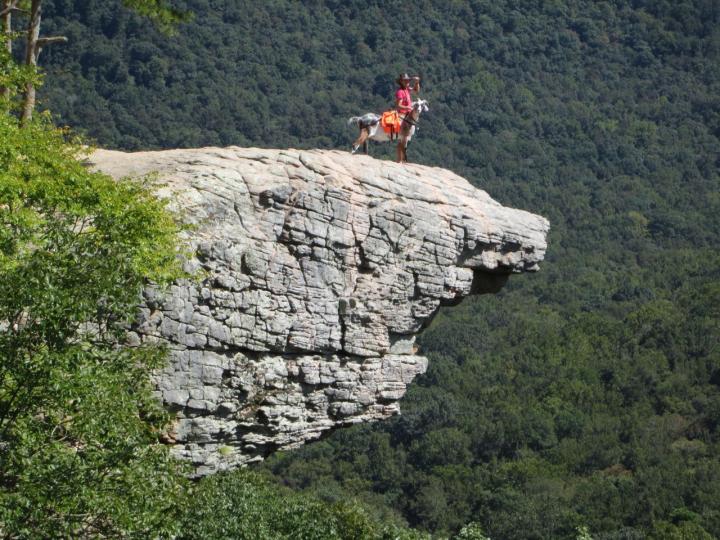 Yeah, we might have gotten a little bold there, but it didn’t look as scary from where I was standing. 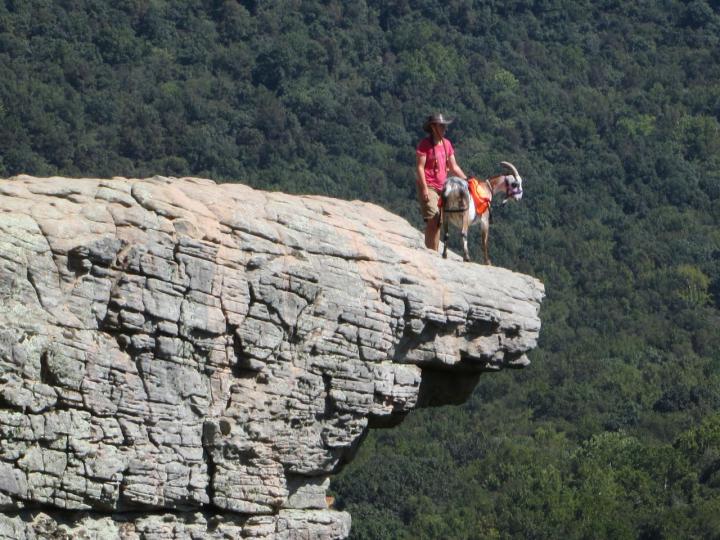 We got back to our cabin early enough to take a dip in the Buffalo River near the bridge at Ponca. 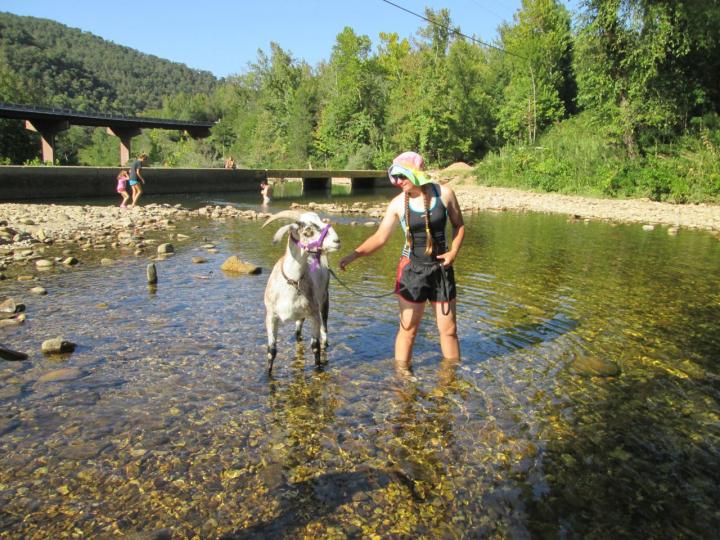 The water was a delicious temperature (probably near 80 degrees) and so crystal clear it was difficult to gauge the depth without stepping in. 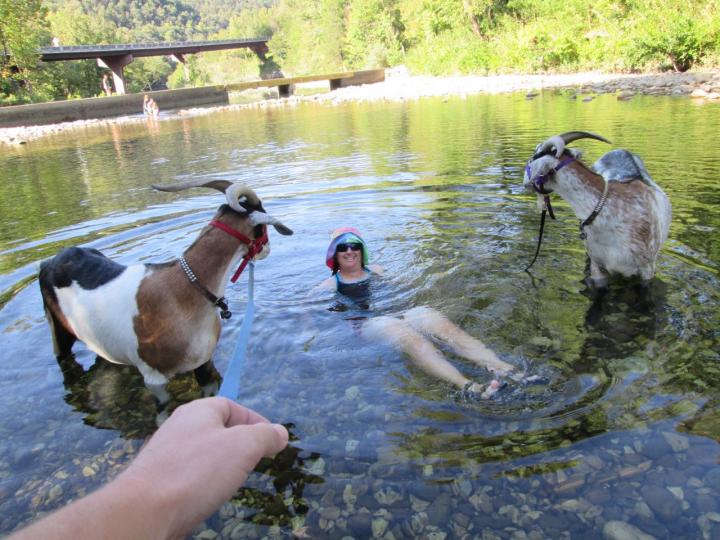 We made the goats practice their swimming skills in a deep hole near the bridge. They weren’t real happy with us, but I feel it’s important that they are at least familiar enough with swimming to negotiate a deep crossing if they have to. Last time Sputnik went swimming was over two years ago and he kept threatening to drown himself if I didn’t hold him afloat. He was much more proficient this time and didn’t scream once, but he still didn’t like it and was happy to run ashore at the first opportunity.